My main TV is an old and busted CRT with one nonfunctional speaker. Obviously, I have the Wii set to Mono sound.

However, when playing Super Mario World on the Wii via Virtual Console, I'm still missing one stereo channel. It's very obvious that this is the problem; stereo sound effects for things like pipe travel and the end-of-level iris are simply half missing, and some harmony and melody lines in some of the music are gone as well.

It seems as though the Virtual Console doesn't respect your Wii sound setting. I can find no references to this problem on the entire web (presumably because most modern gamers aren't troglodytes with busted TVs).

Can anyone confirm this problem? Is there a solution?

The Wii VC games technically shouldn't obey the Wii sound settings because each game is suppose to be a direct port which is ran on top of an emulator. To my knowledge, the hardware for most (if not all) of the consoles that are emulated on the Wii did not have a stereo/mono option.

Instead, the Mono/Stereo output was controlled and toggled from within each game. As an example, I seem to recall the Final Fantasy games for the SNES had these settings in their options from within the game play menu.

I never played Super Mario World much as a kid (didn't own a SNES :( ) but Nintendo has always tried to spot-light the quality of their new hardware by the release of a few games that integrated most of the new technologies provided by their new hardware.

I think the SNES was the first Nintendo console to use stereo sound. Since, SMW had stereo sound, I doubt there was a way to cut if off because Nintendo would have wanted to show off the systems audio capabilities.

Sorry for taking so long to respond to this with, um, an actual solution but there is a hardware way to fix this.

Plug your left and right audio RCA cables (which I assume you are using) into an RCA splitter. You can then plug your one cable into your working TV channel and you will get both audio channels to play through the one speaker.

Here is an example of what you are looking for. As you can see, these things are dirt cheap, and if shipping isn't an option, you can probably find one in a local Walmart, Target, RadioShack (or international equivalent.)

I actually have a couple of these splitters and they were necessary in my childhood because I only had a mono-input TV in my gaming room. I actually daisy-chained some of them because I had a bunch of gaming systems as a kid and I didn't have a multi-input box. To much daisy-chaining will degrade the quality of the sound, but I'm guessing with your setup that's not going to be an issue.

Months later, when responding to a comment on this answer, it finally occurred to me: some SNES games have in-game Stereo/Mono controls. 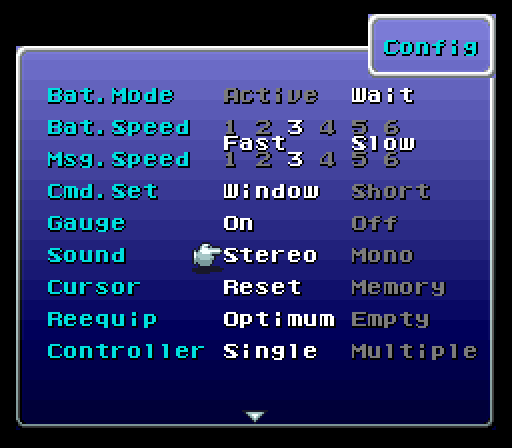 They couldn't very well have observed the Wii's setting when some games have one of their own. Or, well, they could have, but it would yield confusing or inconsistent behavior. Nintendo chose consistency, and so it just happens that people in my very rare situation are screwed with less optiony games, like Super Mario World.