What is a lane?

I've started playing the game Smite. After playing through the tutorial and a couple of arena matches I have started reading guides for certain gods. One thing that keeps appearing is the term lane, in regards to when to use certain abilities.

What exactly is a lane?

I am presuming it is just a pathway. But is there more to this term? For example, is the arena game type considered to be lacking in lanes (despite partitions to the left/right side of the maps)?

In the tutorial maps there is a main route that curves around to the enemy spawn. Part way down the route I noticed there are alternative routes that cut out then back into the main route. Is any route a lane? Is there such terminology for main lanes and these shortcut lanes?

Does the term appear in other games?

Lanes are the main roads in game where people come and fight. Those are usually the larger roads on the map, where the objectives (like towers) stand, and where the monsters spawning in your base (creeps in Dota, minions in League of Legends and Smite) face the ones from the other team. Those are also the roads which are linking the two bases.

This term appears in many MOBA games. As you mentioned, there is Smite, but that's also the case for Dota or even League of Legends (what we call "Top", "Middle" and "Bot").

For League of Legends, these are the lanes : 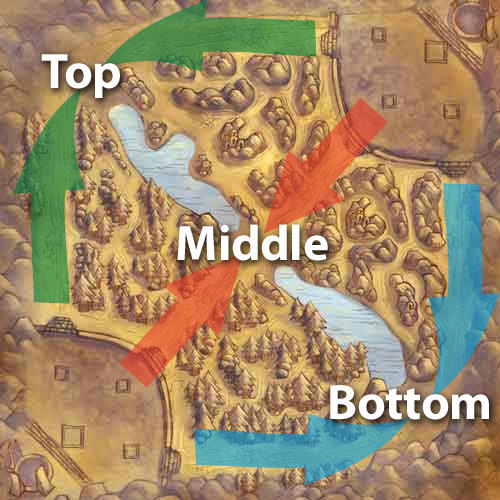 This is the same concept for Dota : 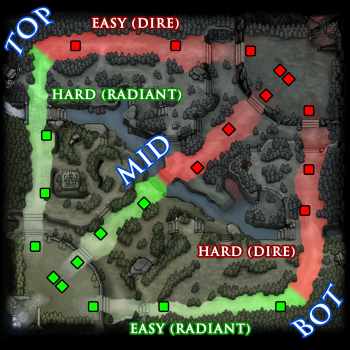 For Smite, those are the larger roads on the left, middle, and right on this map : 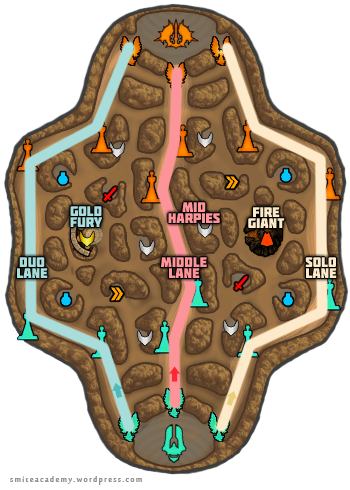 The alternative paths that we can see on the maps are usually not called lanes. Those are just alternatives roads. Usually, that is what we call the "Jungle". There is also, in League of Legends and Dota, a road which divides the map in two diagonally : the "River". The traditional monsters of your team never use those roads.

Not all the maps necessarily have three lanes. For instance, the Howling Abyss map from League of Legends, or the Smite Assault Mode's map only have one lane. Another example is the Twisted Treeline map in League of Legends, which has two lanes (on the top and the bottom).

There are also maps without lanes. Smite's Arena Mode for instance does not have any. But most classic maps, where the goal is to take down objectives (such as towers) and go to the other player's base, contain at least one lane.

(Credits to League of Legends Wikia, Quora and Smite Academy for the pictures).

Lane appears in all MOBAs and is one of the main collision paths. Its the "road" where the mobs clash, where the towers are and where most of the fights are supposed to be (excluding jungle)

Disregard the tutorials, the maps there most of the time are not MOBA type but tutorial type, to teach you the basics of the game, rather than to put you and 9 other people (given most mobas are 5v5) in fights. 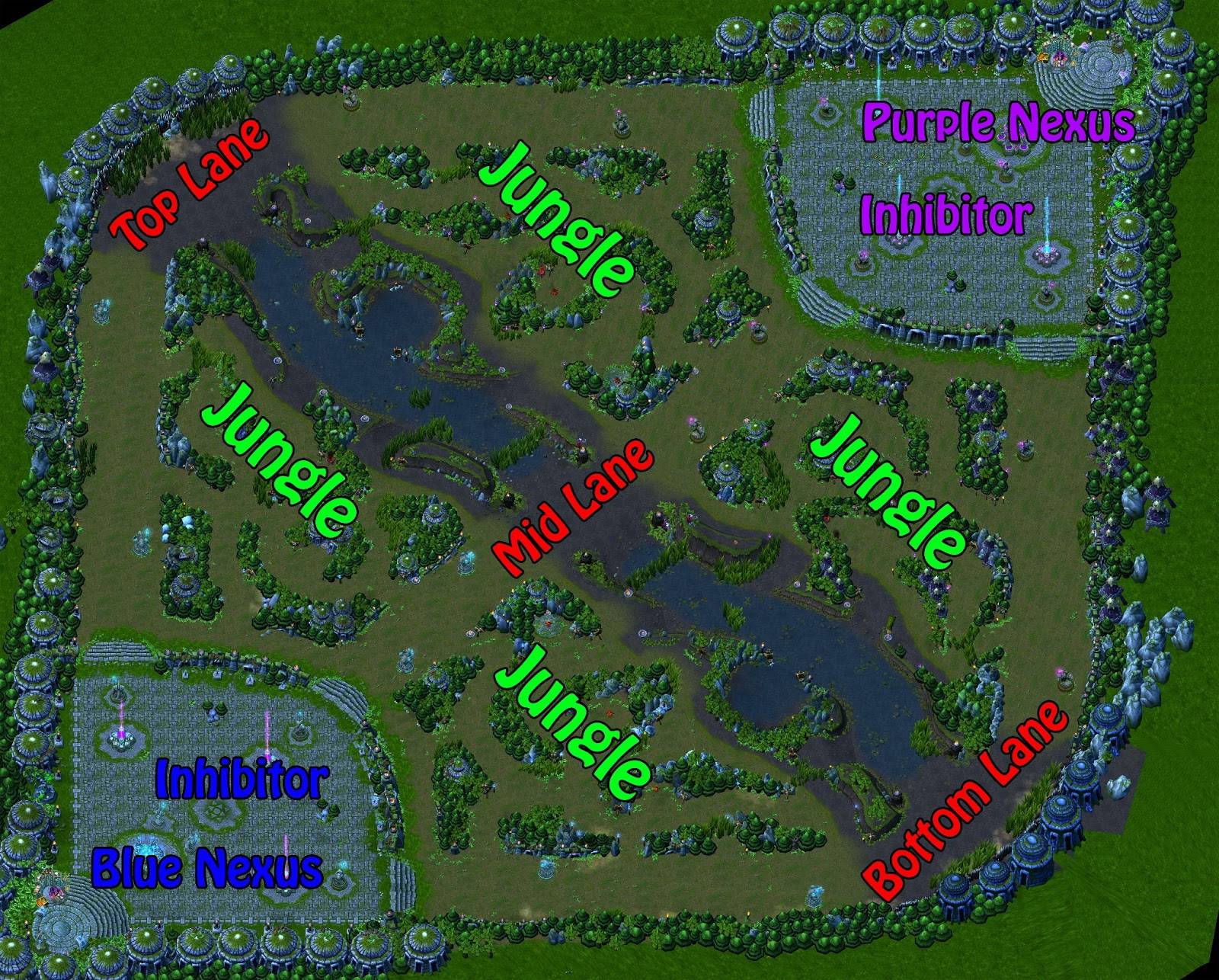 19
What is Griefing?
14
What does backdoor mean in strategy games like DotA or LoL?
13
What are the playstyles of the different roles?
6
What is the difference between Support and Lane Support?
17
What does Snowballing mean?
0
What does Ult mean?
6
What is lane priority?