So, I want to be able to activate a redstone signal using a command block, but from way across the map. How can I do this? 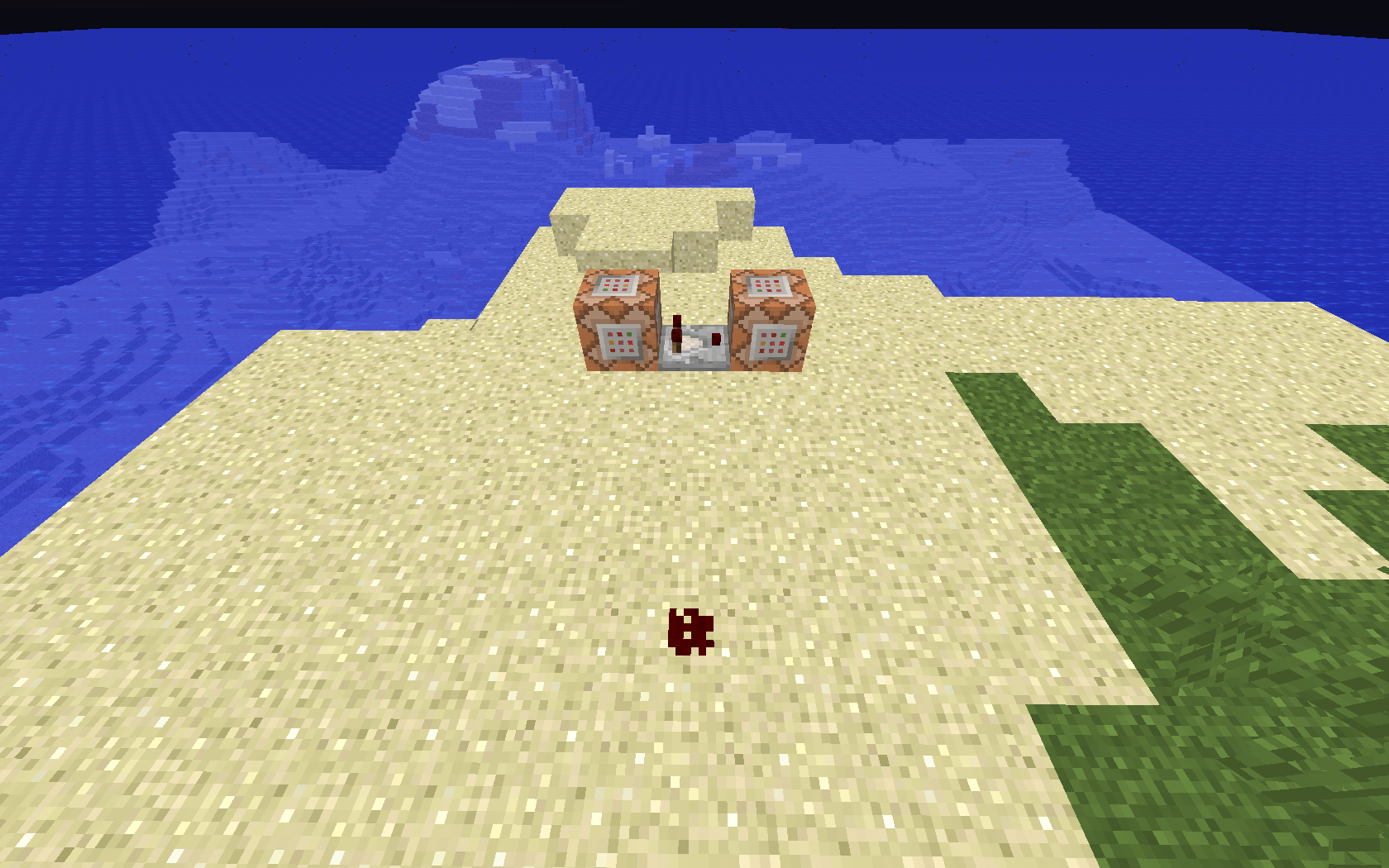 The left command block is whatever you want to put in it. For my example, I used

(This command tests if anybody is online...pretty simple).

The right command block is 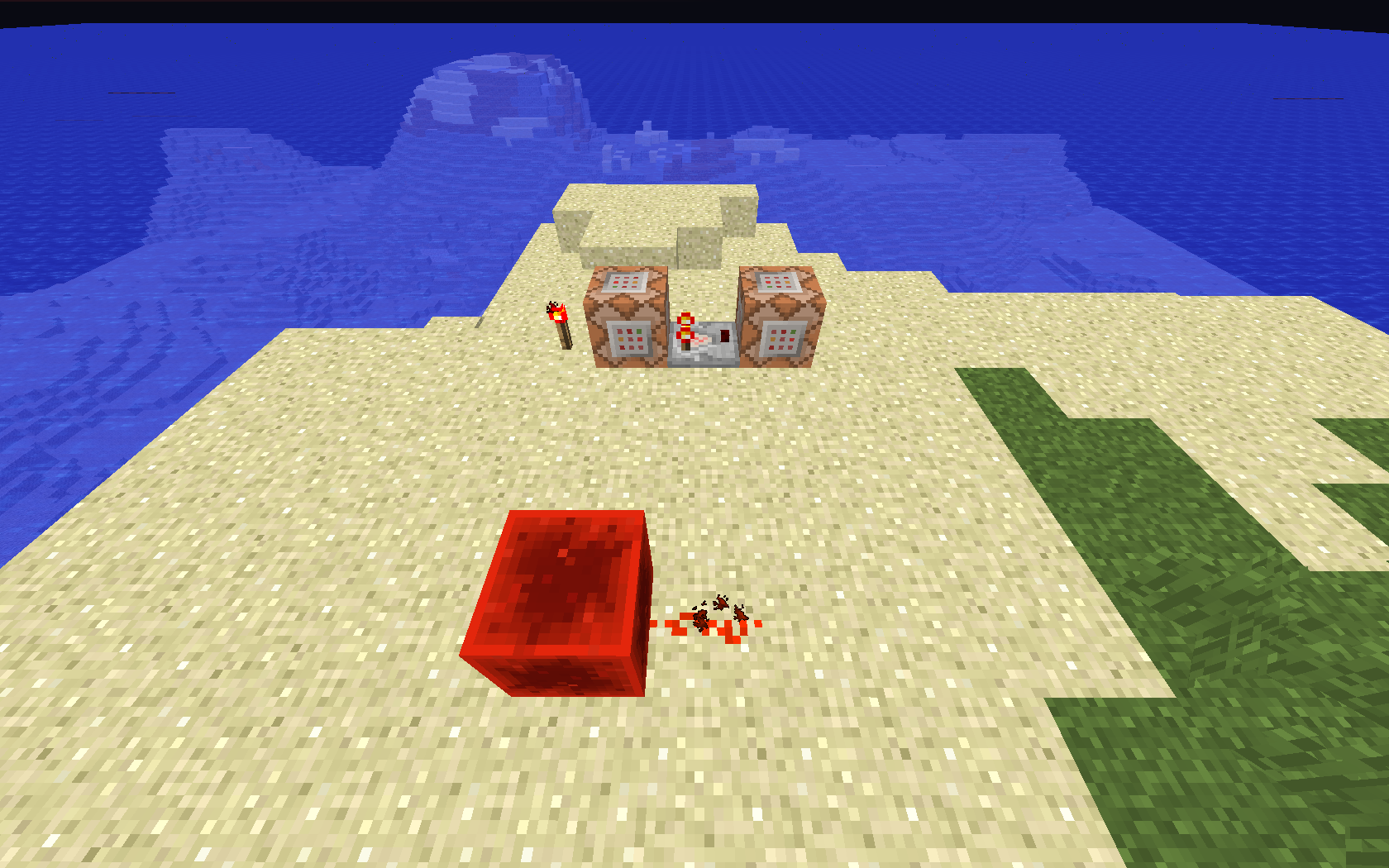