Is it possible to fill the memorial wall on the Normandy?

In my recent playthrough I nearly filled the memorial on the Normandy, but there are still two empty slots at the bottom! This makes me think that I can fill the wall.

I know that Anderson and Shepard don't count, because their names go in the center of the wall. 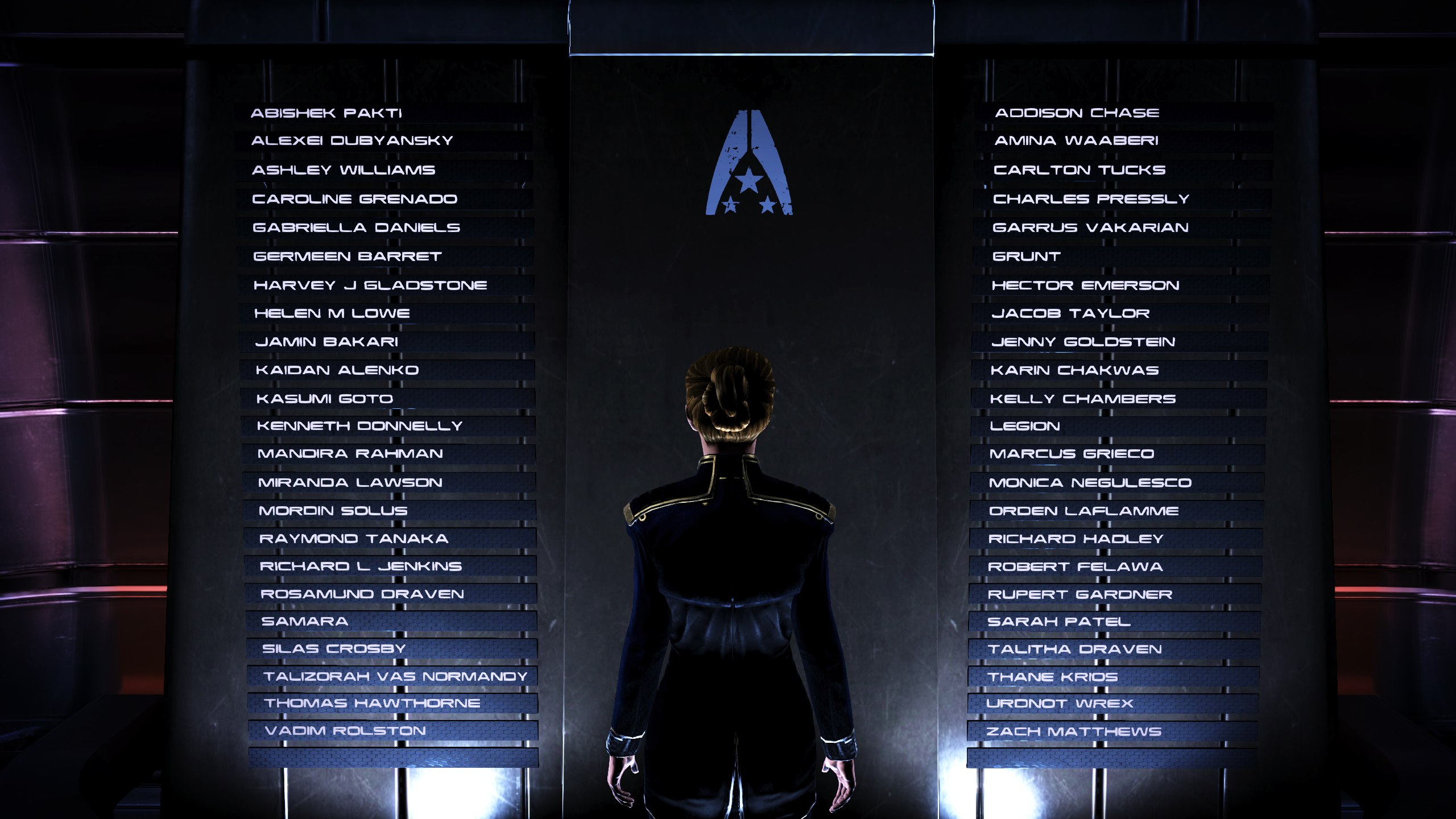 You're missing Jack and EDI. Jack will be added if she dies during the suicide mission. EDI is added during the destroy ending

Following JonK's comment and the answers on this question, Zaeed is glitched and can't be added to the wall.

Following this wiki article, Jack will be added to the wall if she doesn't survive the suicide mission in ME3.

You need at least one other person to survive the suicide mission, so if you wanted the most morbid award of trying to kill everyone I would recommend ensuring Samara survives the suicide mission, then letting her kill herself in the monastory and choosing "Destroy". This way, you get to have Edi die and and Jack die in Mass Effect 2. Most of the others are harder to kill off in ME3.

In the end, only Vega and Liara will survive to potentially place your name on the wall. Additionally, if you had a low score, you may have also killed off Joker.

11
Who is the Virmire Survivor?
12
Do the Reapers only kill sentient life?
2
Where did the Reapers come from?
21
Why is the series named “Mass Effect”?
2
How does the replay system work?
1
Does the trinket from the Asari consort have any use in the later games?
5
How did humanity miss the Sol Relay
2
How long are the natural lifespans of the other aliens?