I'm constructing a minecart trainstation and as you will have guessed, that involves 15 lanes of adjacent redstone wiring. In my station, there are many instances in which I need to power other lanes from a single lane. More specifically, I have been trying to have each lane power all lanes to one side but not itself. For example, if there was a signal going down lane 6 then lanes 1 - 5 would be powered but lanes 6 - 15 would not.

My only successful attempt was a 36 block long plane of redstone that had each lane power the one to the left in turn and then have pistons moving a block out of the way to prevent signal passing through the powered lane. This was highly impractical and I found myself having to build more mountain as my station ended up about 150 - 200 blocks long.

Simple(ish) question: How can I achieve this effect in the fewest number of blocks possible? A schematic would be ideal.

EDIT 1:
As requested, here is a screenshot. I couldn't get a great angle as there's another massive plane of redstone 3 blocks above it but you should be able to see how the redstone signal is passed to the adjacent lane in turn so all lanes to the right of this one are powered at the end.
-Image no longer used as limit is 2-

EDIT 2:
Here is a schematic of a slightly optimized version of the screenshot above. It still works in exactly the same way and is the same size.

EDIT 3:
Also to note: Only one lane will be active at any one time and there will be a small gap between lanes disabling and enabling. Powering is like that of a lever in that there is a constant signal for a long but very much varying amount of time. Minimum powered time I would expect not to go below 5 or 6 redstone ticks and the gap of no power is as long as a stone button pulse.

EDIT 4:
I have a much shorter one but it has quite a bit of height to it. Here is a screenshot of it if you can make out the details. 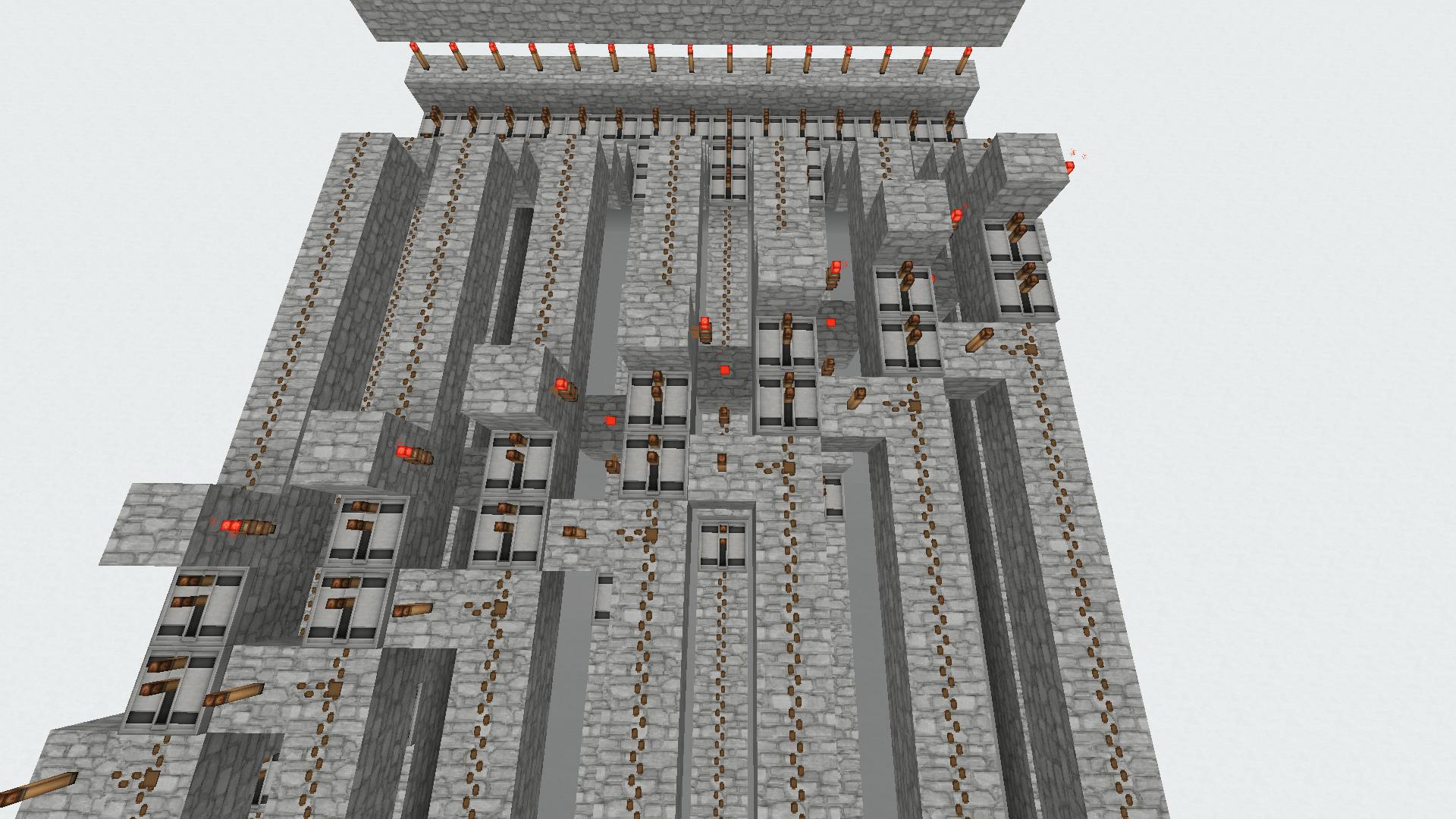 This design uses signal strengths, and, if I understood your question, it should work:

This solution may and probably will break if you use a number of inputs other than 15 you may be able to fix this by putting the comparators into subtraction mode and dampening the signals.

15
Bidirectional (two-way) repeater?
5
Powered rail not powering down
6
Redstone torch on a block that is powered directly by another torch doesn't turn off?
1
How do I get two pistons (one of them on an inverted signal) to go at the same time?
4
Vertical redstone crossroads
2
What is the difference between powering a block with a repeater and with redstone dust leading into it
0
Minecraft Redstone delay that only works if active for 5 seconds but turns off when not active
3
Minecraft: Sending a redstone signal without wire