I am new here. I am really happy to see so many game enthusiasts here.

I have created new PlayStation Account. I have bought one game successfully with my credit card. The problem is, when I buy another game, I get the following error: 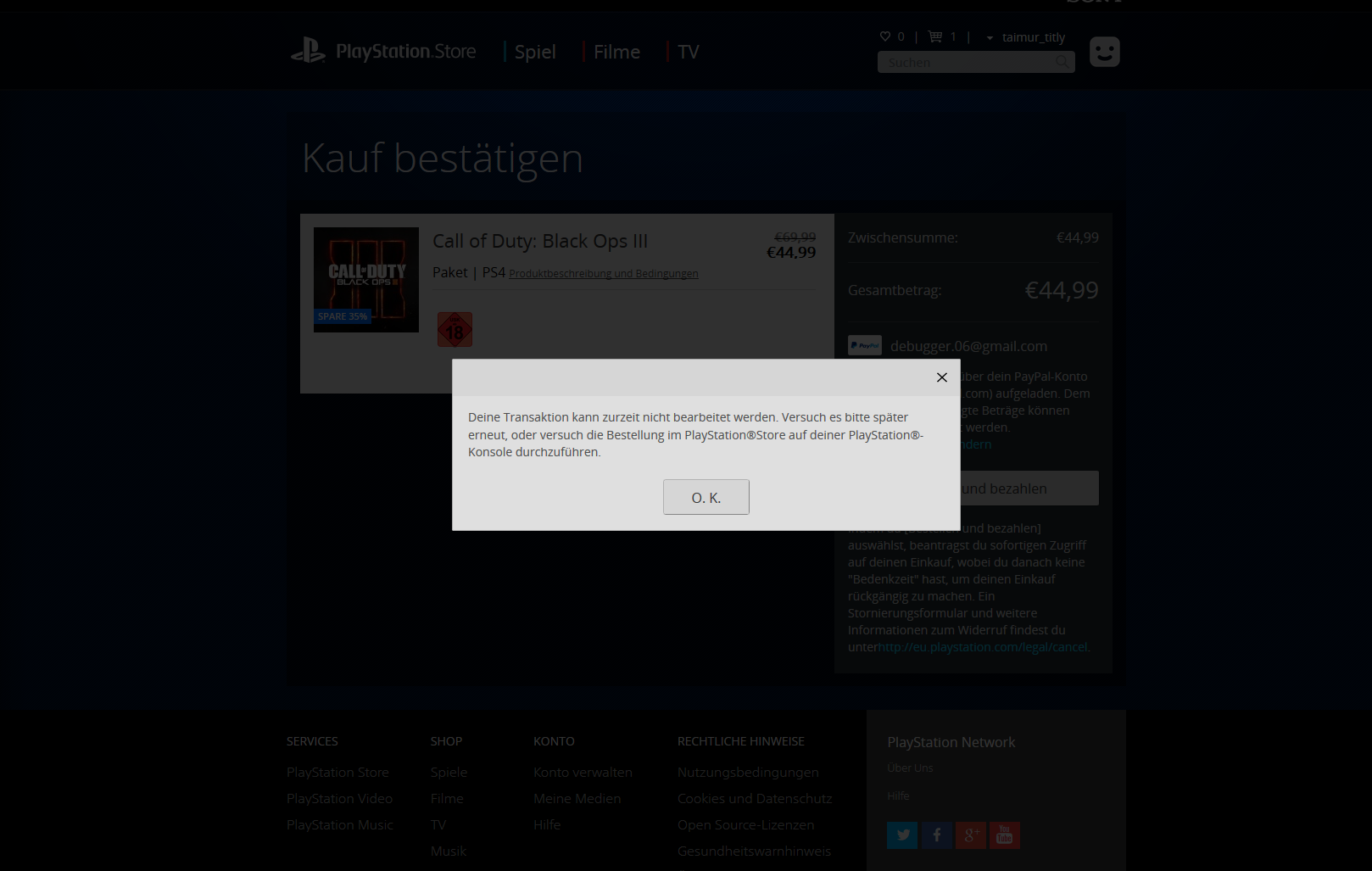 The error message is from the German store and roughly translates to:

This transaction can not be processed at the moment. Please try again later, or try to place your order on the PlayStation®Store on your PlayStation® console.

Any help or suggestion will be appreciated. Thank you.

It's been my experience that transactions that fail on the PSN website often work when being placed through the console itself. However since you said it fails with the same error on your console, the next step would be to contact the customer service department of your credit card issuer.

Sony uses some fairly strict payment method authentication because they instantly deliver non-tangible products that aren't expensive enough to warrant serious legal pursuit of someone in the case of fraud. As a result, if the address and name info they have for you isn't 100% identical to what your card issuer has, it won't go through. Unfortunately they give the same vague error message when a transaction fails no matter the reason; even if the transaction is explicitly being declined because of an info mismatch the message will still make it sound like a temporary problem and tell you to just try again later.

Now if it turns out that your card issuer has no record of the transaction even being submitted it indicates the error is internal to Sony's store and you should contact PSN customer service. However since the first thing they'll likely suggest is to call your credit card company and do what I detailed above, at least you'll be able to tell them you already have and they had no record of the transaction.

I agree in every point of @Barkode's answer, and comments.

In addition, you could try (in the meantime or for definitive) buying the digital version of the game through the Amazon online store; since Amazon credit policy isn't that strict.

Or the preferred method for me: buy the PS card (careful not the PlayStation Plus Subscription) from Amazon too (they send you a code almost instantly), and use the funds to buy what you like.

Not the answer you're looking for? Browse other questions tagged ps4 psn or ask your own question.