Okay I was lazy and made the location somewhat in the middle of a lava lake when I linked them, I thought that might be the issue. Cleared away the lava, left at least 4-blocks of Cobblestone in every direction around the portal, still made no difference - when coming back I catch fire...

Im playing in those Mojang "Realms" in 1.9.2 and running out of ideas, so close to just use fire resistance potions all the time...

Also tried after re-building it a few times today:

And the one on the Nether side, this one is 6 blocks above lava 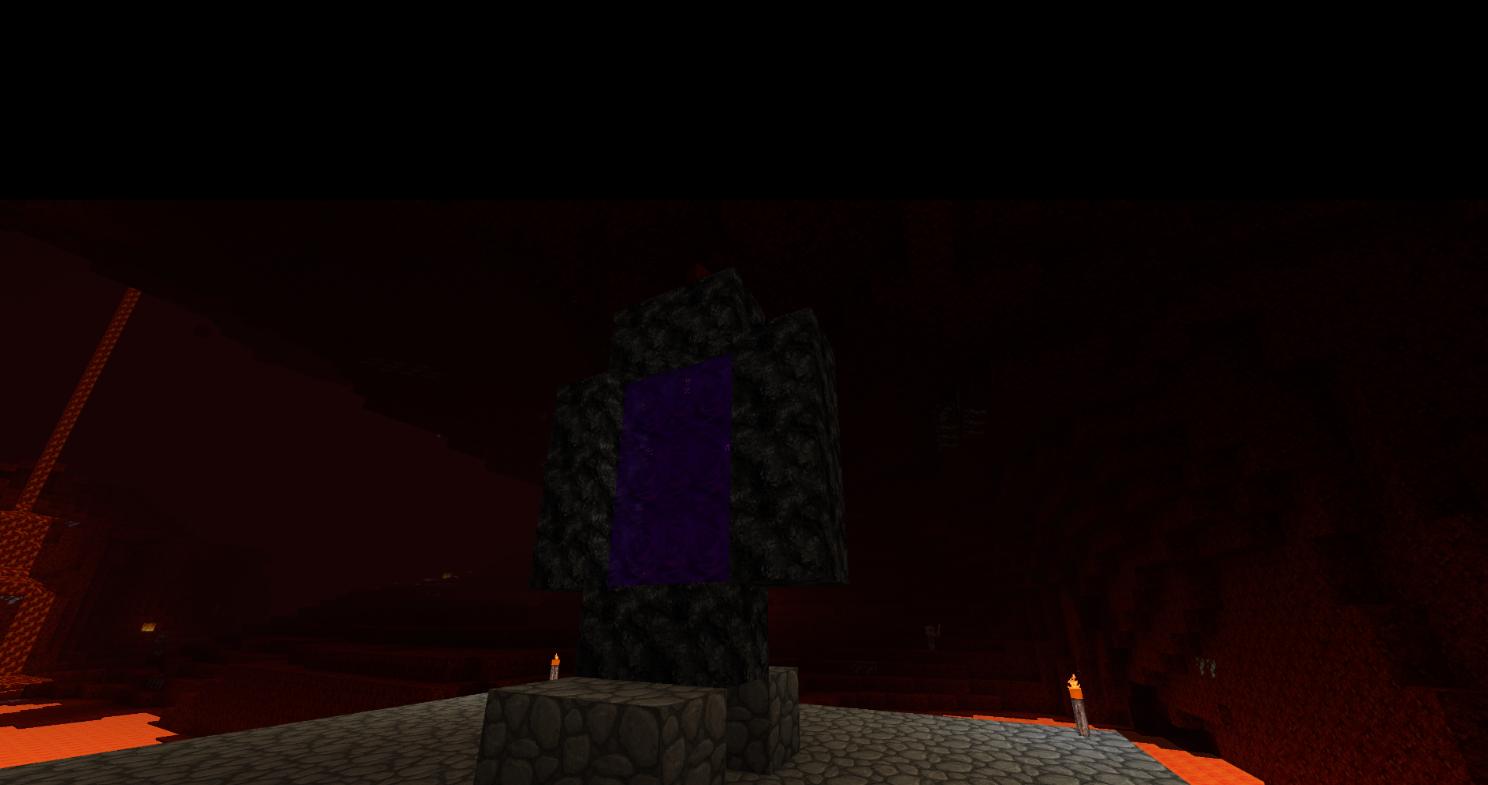 The problem was with the overworld portal.

Then I placed the portal back to where it was and the problem came back as expected.

Disappointed that 2-blocks didn't work, I built it on the other side of my little room 9 blocks away and it worked! Sorry I couldn't bother to try what was the minimum amount of blocks from 2-9, but I guess because the problem didn't appear on one certain block, the minimum amount wouldn't be accurate anyways.

I had Same problem in 1.9.2 after reading your post I test: To remove lava which was 1 block under in and in front off the portal. I removed all lava 2 block away and 3 levels deep. Then it worked. Conclusion if there is lava close to portal in overworld, you catch fire when enter nether side. Thanks for the tips that the problem was in overworld.

You have likely came across an instance of Minecraft bug MC-98153.

The issue is that due to the new teleport acknowledgement system, after moving through the portal, the server sets the player back to the last position acknowledged until the client acknowledges the new position later causing a rubber band / teleport.