I don't have any idea what those values written in the tool-tip are. Its written :

target size 200% (I guess this is the size of centipede)

also I need to mention that when I deselect Liefe those values in the tool-tip removed. 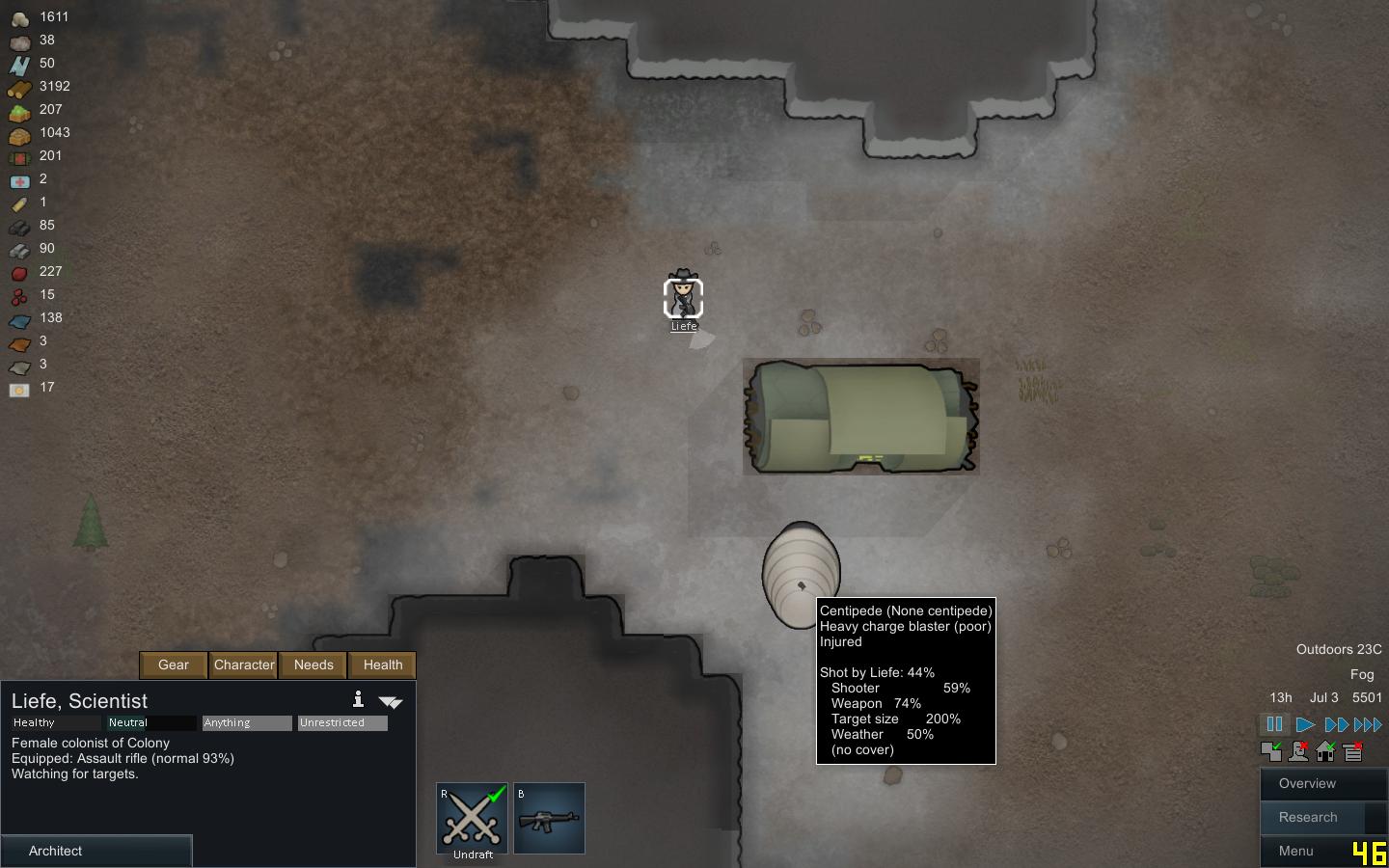 shooter 59% <-- Liefe has a 59% chance to hit on their own, based on their Shooting skill (I think range is factored here, as well).

weapon 74% <-- the weapon Liefe is using reduces his chance to hit by about one-fourth. This could be due to natural accuracy (SMGs aren't as accurate as rifles), craftsmanship (awful and poor weapons reduce it, good and better weapons increase it). (Range might be factored here, instead.)

target size 200% <-- the size of the thing you're aiming at is doubling your chance to hit, which probably means it's a lot bigger than a person

weather 50% <-- weather is blocking visibility, halving your chance to hit. I'm guessing fog, but night and precipitation also modify this.