Is there anything in the two unused "hand spaces" in Super Mario 3's world 8?

The second screen of World 8 contains five special spaces that have a chance of pulling Mario into them for a very short level, upon which he's rewarded with an item. 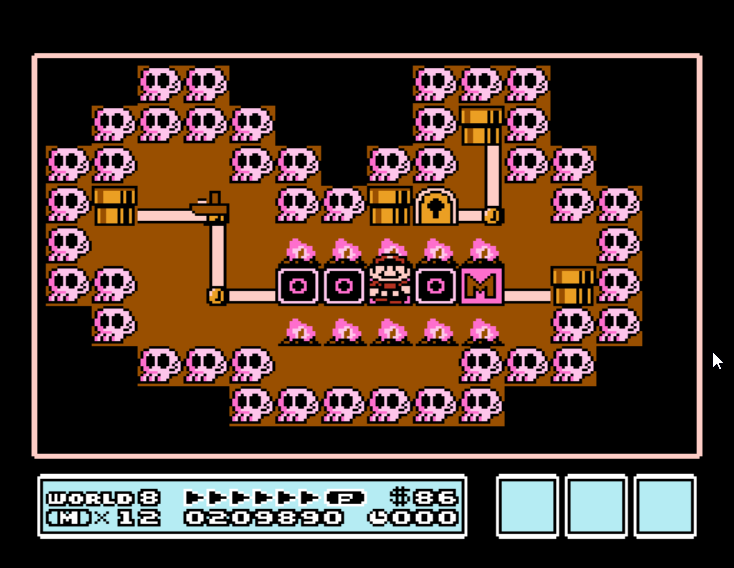 Two of these spaces (the second and fourth ones) are unreachable through normal means, since Mario moves two spaces per press of the dpad. He'll always skip over them.

Say I game-genied Mario so that he only moves one space at a time. Would I ever encounter anything in the two unreachable slots?

According to NoDice, the level editor that comes with Southbird's SMB3 disassembly, no, these tiles don't have anything linked to them: 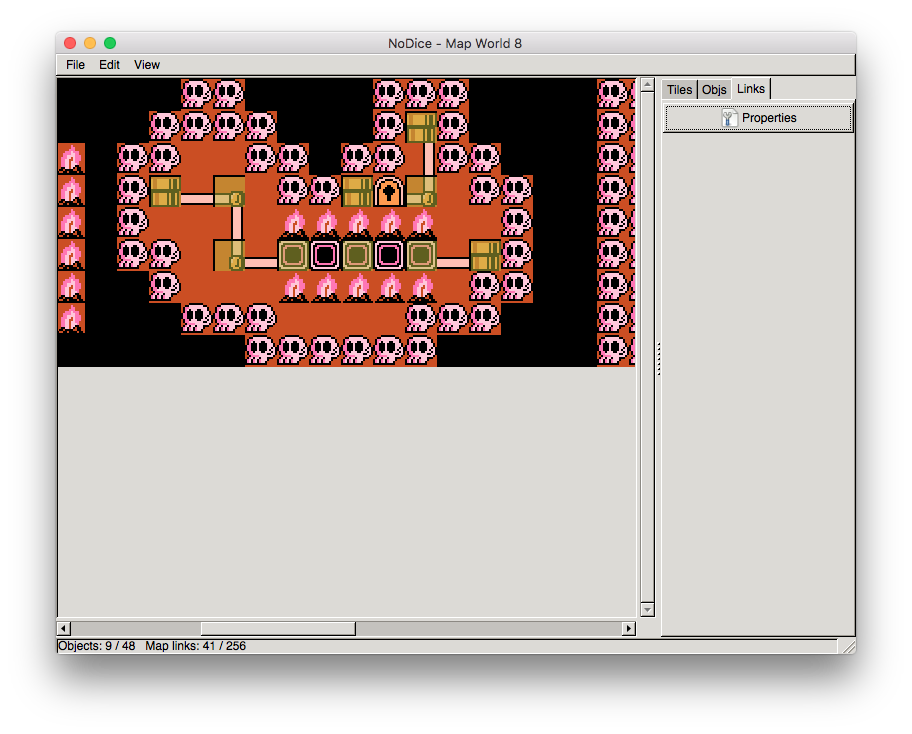 Tiles highlighted in yellow have links to levels. As you can see, those spots don't. (The empty spaces have links to where Hammer Bro. battles on that spot go, even though World 8 doesn't have any Hammer Bros.)

Not the answer you're looking for? Browse other questions tagged cheats super-mario-bros-3 or ask your own question.

5
How do you guarantee a trip to the last world with two whistles?
45
How did the designers of Super Mario Brothers 3 expect anyone to find the first Warp Whistle?