How can I prevent orbit changes, while using RCS to keep my probe always pointing down?

I'm using the probe with Remote Tech 2, and I want the probe always pointing down to be more realistic, but if I click T and then click the Anti-Radial button it keeps changing the orbit.

Also if I use the Smart A.S.S from MechJeb2, the result is the same.

The direction I want: 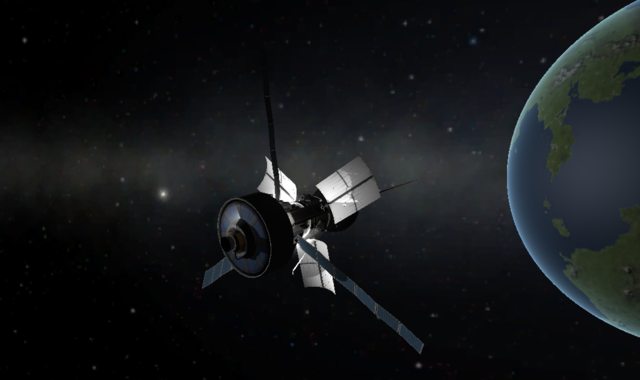 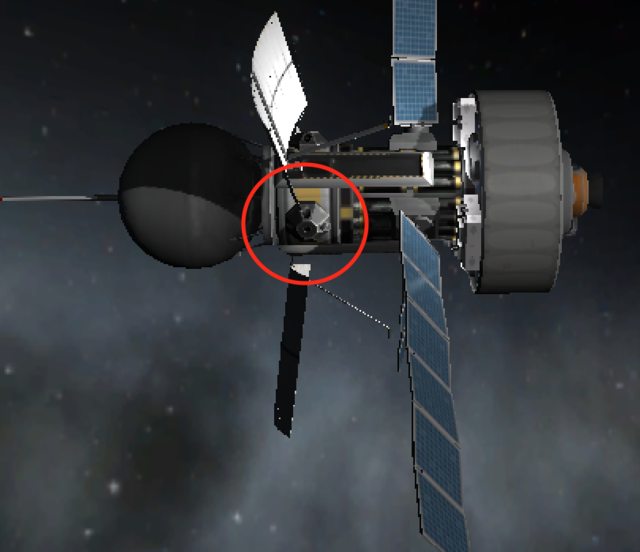 Does it have to rotate using RCS? Turn it off and rely on torque wheels to rotate, given how small your probe is. Torque wheels can't change your orbit whatsoever.

Your RCS port positioning is not suited for rotation, as they're all very close to the center of mass and have no opposite to balance the angular momentum.

Grab a pen or a pencil and lay it on your desk, then try to push it from the side with one finger, right in the middle. Your force will be applied very close to the center of mass of the pencil, and it will not rotate, and will just be pushed away from your finger.

Try pushing again, this time near one of the ends of the pencil, and you'll notice that some of the force you're applying makes the pencil move, but some is used to make it rotate as well. If you were trying to do only one of the two, this approach would be able to do neither.

Now try pushing both ends of the pencil, from opposite sides. You'll find that the pencil only rotates, and its center of mass doesn't move at all if your pushes are perfectly balanced. You'll also notice that if you push from the same side at both ends, the pencil will again move without rotating.

RCS ports on a probe are just like a finger pushing on a pencil. If you're trying to translate your probe, you'll want to make your resulting push to be applied on the center of mass, either by placing a single port right on it, or placing multiple balanced ports on the same side. Likewise, if you want to rotate, you'll have to push from opposite sides. On a small probe, it's usually enough to have 2, 3, or 4 (even numbers are easier to maneuver with because of symmetry) ports near the center of mass of the probe, and have soem reaction wheels handling rotation by themselves. You could even ignore the RCS ports entirely if you don't predict having to move "sideways", like when docking on another vehicle.

In short, my recommendation is to remove the RCS ports and mount size-appropriate torque wheels near the center of mass. That will let you rotate your probe without affecting its orbit, and you can keep doing that as long as you have electricity.

3
How can I determine the fastest orbit altitude including time warp?
2
Can't make sense of launch window planner results
1
How to achieve Kerbin orbit without using maneuver nodes?
4
Why are parachutes so useless?
6
How can I stop SAS from using RCS while enabling it for the pilot?