What's wrong with my mob trap?

I have made a 50x50 mob trap as specified in this tutorial. Every time I enter the area, mobs spawn inside of the trap, but after they die, no more appear. What am I doing wrong? 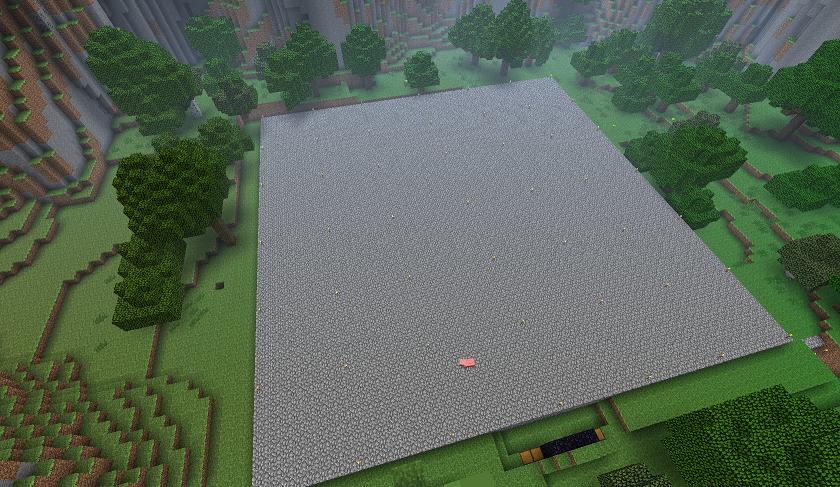 Depending on whether you consider it "cheating" or not, you should find out if there are other caves nearby that are consuming your mob cap.

If you press F3 in game to get the debug menu and look at the value for E on the second row. This will tell you the number of entities (including mobs) that are visible/in-game. If the second number stays high when all the mobs in your trap have died, then it is likely they are spawning elsewhere.

Spawn region is roughly 272 x 272 around the player, with a 24 block sphere (yes they apparently do exist in MC) around the player excluded from possible spawning. This means if there are any dark spots in that region, mobs will amass there and your mob trap will die out.

If you want to take the "cheating" a little further, you can use something like minutor to show you the caves in your map and head out to light them all up. You'll also need to light up the ground in that 272 x 272 region as well.

This is why building a high rate mob trap "legit" is a pain in the ass! I'm amassing TNT to destroy the entire 272 x 272 area down to bedrock, that should stop them spawning :)

NB: I use the word "cheating" lightly, it's your game, play it how you want.

I know for a fact that mobs don't spawn within a few blocks of you (I think it's 24, or something), nor do they spawn too far away. Maybe it's something to do with that?

The idea is to use water to bring their drops to you, so you don't have to move/stop them spawning, to get the loot.

Mobs naturally despawn after a while, so the mobs in the caves in the active chunks aren't really the problem.

Even after you carefully find and light all the caves in all the active chunks around where you're standing when you use the mob farm, there is a 20m "border zone" around the outside of the active chunks in which mobs can end up (either they wander there from active chunks or a group of mobs spawn on the edge of an active chunk and some of the group thus spawns in the inactive area.) These mobs that are not in active chunks are immune to despawn, and so eventually reach mob cap and hurt your output.

(I suggest skipping to 8 or 11 minutes if you've ever felt "tl;dw" about videos)

If you light only the caves just in and outside the periphery of this border zone (20 meters) you'll get constant drops because the remaining mobs will all be either in your mob farm or subject to despawning.

Or, you can just switch to peaceful and then back to hard, which ought to get rid of the mobs in the 'border zone' also.

23
Will monsters spawn in a Minecraft dungeon if you flood the floor?
8
Why won't mobs spawn in my trap
2
Prevent spider spawning in a Mob trap (Minecraft 1.3)
6
Problems with Minecraft Spawn Trap Up In The Sky
4
Do Villagers count towards the passive mob total with respect to animal spawning?
0
Minecraft 1.8 Mob spawner isn't working
1
Why is my mob spawner not working - Where should I be idling?
4
Mob grinder does not spawn more than 63 mobs
0
absurd amount of skeletons and no zombies in a mob farm?