I bought a used Xbox One, and it came with disc games. I reset and deleted everything from the previous owner, and made a new account of my own. I inserted one of the games to install and play.

When I inserted the disc, nothing popped up, and it won't show up anywhere. Can I still use used games? If so, how do I install the games to play?

Using a second hand Xbox One and games

There is no rights management in place to prevent you from using second hand games, with the Xbox system. Assuming both the console and games are in working order, you should have no problem.

The only limitation to this is games and DLC codes that require redemption with the Xbox Live store. These codes are a one-time offer, so if the previous user redeemed the code, you will not be able to redeem it to your account.

Installs should be automatic

For me, the Xbox One begins installing new games as soon as it detects them. A notification pops up, and the game appears on the home screen, with the progress bar.

According to Xbox support, you should be prompted, at the very least:

When you insert a game disc, the console checks to see whether the game is already installed. If it isn’t, you’re prompted to install the game.

Note You may also be prompted to download an update to the game before you can play it.

Installing Games on Xbox One: Installing games from disc @ support.xbox.com

As an alternate, you can check the available games, through "My games & apps". 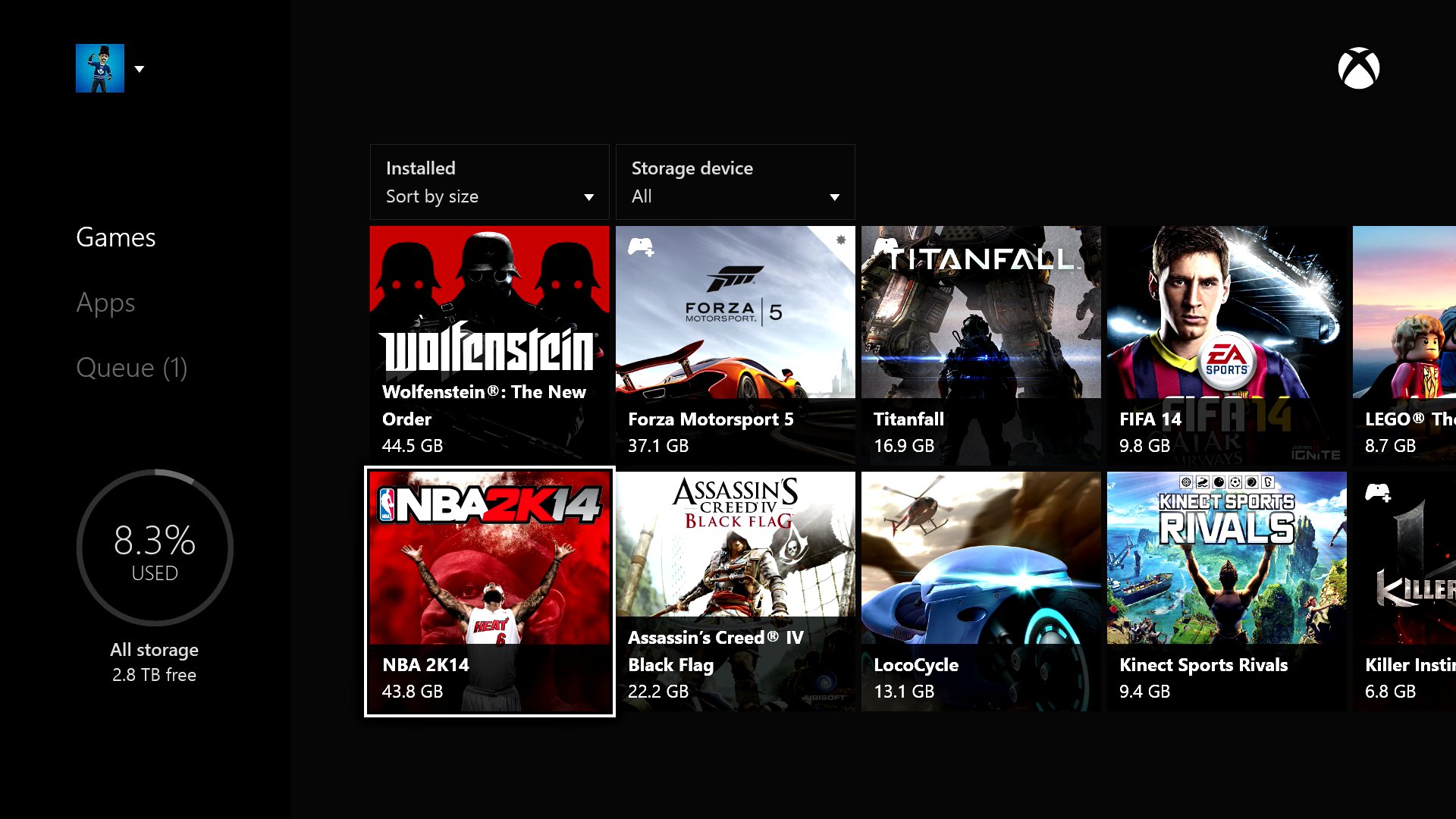 From "My games & apps", you can see all your available games. If you press left, you will see menu options for "Games", "Apps" and "Queue".

At this point, you should have been able to locate the game. If the game needs updates or an installation, you should be prompted to do so, when you select it. If there is already an update or installation in place, a tool-tip will display over the game, to give you the progress.

Game does not show up in "My games & apps"

If you have not been able to locate the game, you might have a problem that needs to be addressed.

Are the games in good condition?

It is always possible that the games are simply to badly scratched to be completely read.

Keep in mind that the Xbox One should still be able to identify games that are scratched beyond readability; A popup should alert you to any read errors, either upon entering the disc, or upon selecting the game.

If your games are too badly damaged to even register as unreadable discs, it should be very obvious.

Does the console reader work correctly?

It is possible that your console can not read the games due to a faulty disc reader.

When you enter the disc into the reader, you should be able to hear it spin up, as it starts to read the disc. The disc should "auto-feed" into the console, as well. If you have to force the disc in, in any way, the reader is probably faulty.

You could try using a friends Xbox One game, or a Blu-ray movie, to test the reader functionality of your console.

Are you sure the games you are using are compatible with the Xbox One?

If all else fails, it is worth double checking that the games you are trying to play are supported by the Xbox One.

All Xbox One discs have an Xbox One banner at the top, and are originally packaged in dark green cases, with "XBOX ONE" displayed above the cover art.

In the case of Xbox 360 titles, some games are compatible, but not all of them. You can view a list of compatible titles here. Furthermore, backwards compatibility was released after the release of the actual console. In the case of Xbox 360 games, it is entirely possible that you would need to perform required system updates, before the console actually recognised the titles and did anything with them.

0
Running Windows games on Xbox One
9
Xbox Live accounts in family cannot play my games on Xbox One
1
Transferring Xbox 360 games to Xbox one
1
Installing DLC Oblivion GOTY Edition on XBox One
4
no option to play disc on xbox one
6
Can two people play Sea of Thieves simultaneously on PC and Xbox with only one copy of the game?
4
XBOX One - Microsoft Family Accounts
0
How am I playing on the installation disc?