What's the best location for the player to spawn slimes in these 4 chunks?

I located an area in my world where there are four adjacent slime chunks. I would like to make a high-efficiency slime farm here. 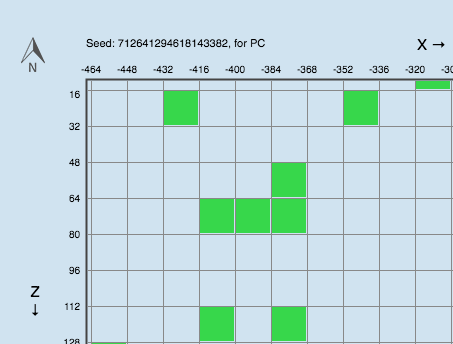 What is the best location to AFK, in x/y/z coordinates, to maximize slime spawning given MC 1.9 spawning mechanics?

I imagine it's somewhere in the non-slime chunk which abuts the inside corner of the L at -384/*/64, presumably also at level 32 (which is the level where I chose to mine out the farm), i.e. the corner I'm facing in this screenshot: 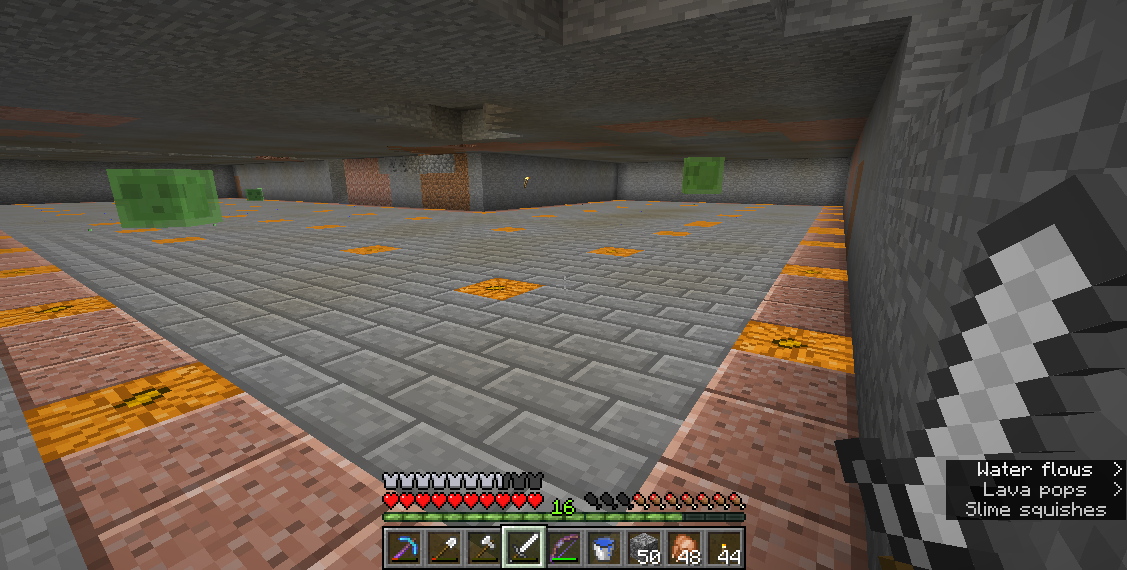 Also, I noticed that while I was digging out the farm and inhibiting hostile mob spawning with torches, I seemed to get a higher slime spawn rate than I currently am using jack-o-lanterns for the same purpose.

Does using jack-o-lanterns in the floor inhibit spawning on those blocks, and if so, how far apart should I position the lanterns to maximize slimes while completely inhibiting spawning of any other hostile mobs? I would really prefer not to use torches.

Answers which substantiate themselves with reference to game mechanics and walk through the arithmetic are preferred (all helpful answers will be upvoted, but I can only award the tick to an answer which proves itself correct).

Note: Any indication of the radius on the surface I need to light up would also be helpful (I already went cave lighting for half a kilometer around my base, so it's really only the surface I need to light up so the farm continues to work at night), as would any suggestions on where to dig the water channels so I don't lose too many spawning spots, though I imagine that might be better asked as a separate question.

Ok. So what i would do, is build a water tray from the left chunk to the top right fourth chunk. From y40 to bedrock have 4 block high floors with at least three blocks seperationfrom the walls completely around. Their ai's cause them to just jump foward so theyll fall into the catch tray sending them to the fourth chunk. Make the kill chamber in the next chunk above with either passive or aggressive kill methods togglable. Or afk in the chunk in the center of the two adjacent slime chunks. While i dont think jack o lanterns affect slime, glowstone is a great alternative. Dmsflcl on youtube. I play guitar. Wish you luck.

10
What blocks can Mobs/The Player spawn on?

14
What's the best technique for farming melons?
3
For Single Player Commands, what is the full spawn list for /spawn "[name] [quantity]"?
13
Recommended way of clearing large lava pools
6
Can slimes spawn in chunks surrounding slimechunks
8
Can slimes spawn in the sky of a swamp?
7
Can slimes spawn in midair?
2
Are jack-o-lanterns opaque from monster-spawning point of view?
7
How can I protect my Iron Farm villagers from lightning?
8
Is there a relatively easy and efficient way to spawnproof large areas in the Nether?
6
Do the spawn chunks stay loaded across dimensions?