Not able to designate a Dormitory as Protective Custody

I recently acquired two Ex Law Enforcement prisoners, and I want to keep them from getting shanked. I created a larger cell with many amenities, which should take care of most of their needs except food. I have several officers deployed in the canteen, so I feel they are generally safe, but have not yet put them on permanent lockdown (as it feels more like a punishment than PC) so I'm trying to figure out how to do this. I assigned both PC inmates to this larger cell, but when trying to deploy it as a Protective Custody cell, the dormitory (the only way to have them share a cell) won't highlight on it's own. (See screenshots) 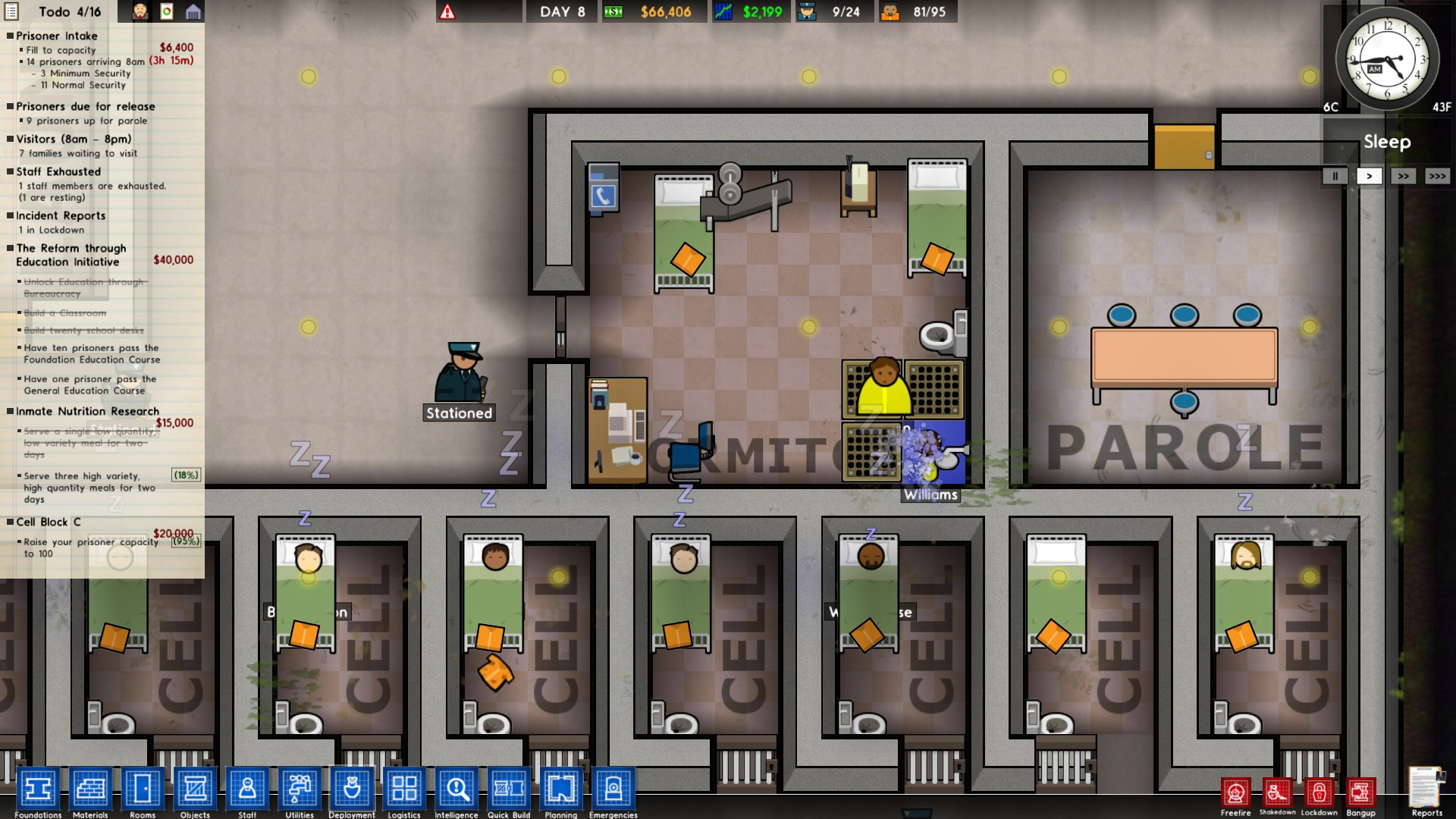 And here is the deployment screen, you can see that the dormitory is not selectable by itself without getting the hallway 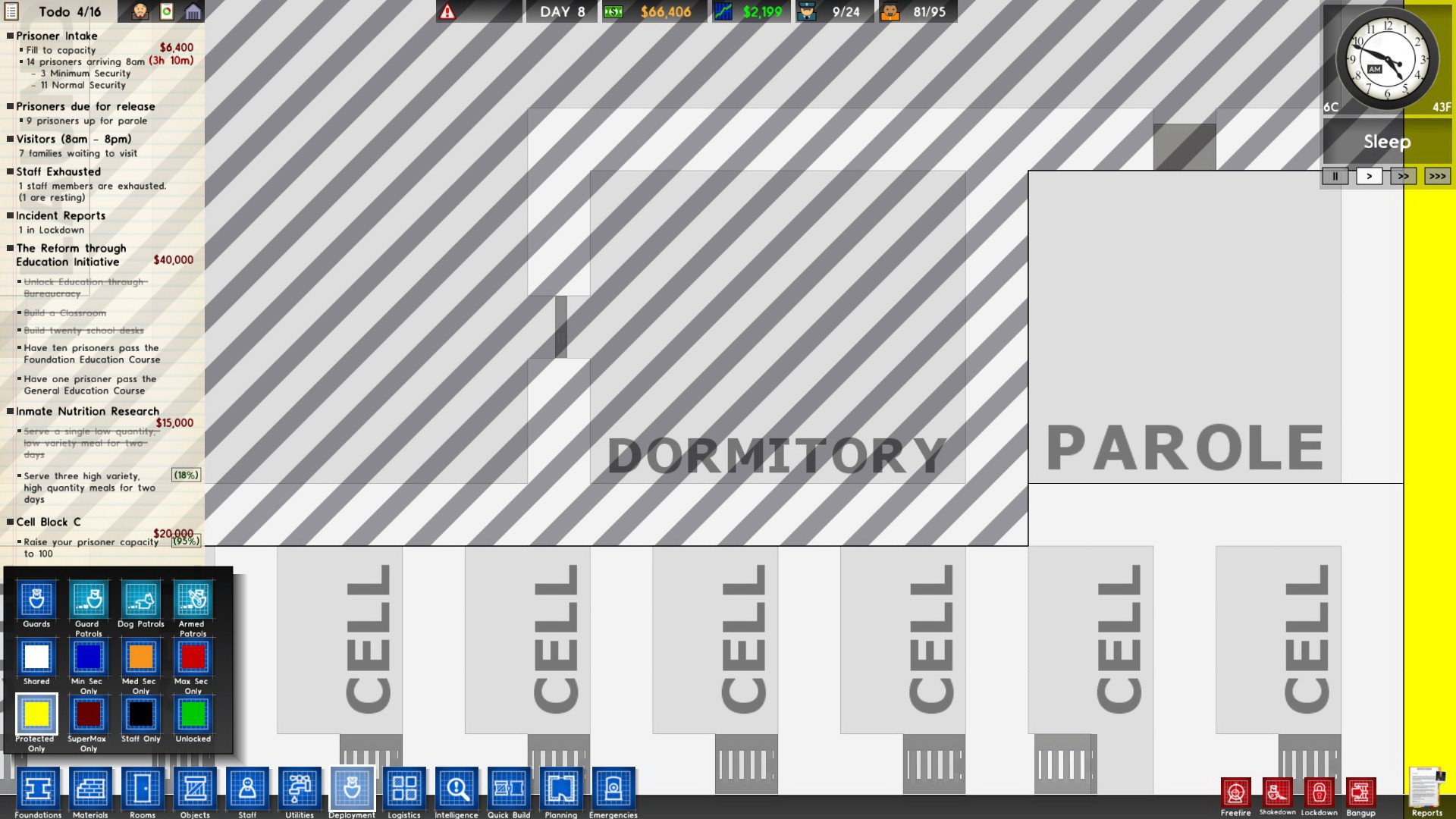 Any help is appreciated.

When designating restrictions on cells and dormitories, the area includes the room directly outside and any cells connected to that. This is a cell block- it's usually a good thing since you don't want to have to designate all those cells individually.

The easiest solution is to add a second wall and door in front of the dormitory, like an airlock. The airlock will count as the corridor and you will be able to assign it to protected prisoners without covering the whole room.

1
Dead visitors moving about, not being taken by a hearse
3
Programs too slow and prisoners not attending to them in Prison Architect
0
Is there a limit to the number of rooms of a given type in Prison Architect?
6
How do I stop protected custody prisoners mixing with the general population?
5
Protective custody prisoners not assigned to their cells
7
Prisoners not Using Phones
4
Is it safe to put multiple snitches and ex-cops in a dormitory?
4
What is going on here? An inmate beatdown?
7
Workshop - not producing anything at all
9
How to make fearless deadly stoic volatile prisoners do their time?