What is this “Bigonium Atom”?

Today I entered the magical graffiti word "Pakwagormaglioo" and I encountered a hovering box called the "Bigonium Atom", its seems to go in circles making big purple flashes, so far it did not hurt me but I'm worried, is it dangerous ? Can I do anything with it ? Is it a LHC joke I don't get ? 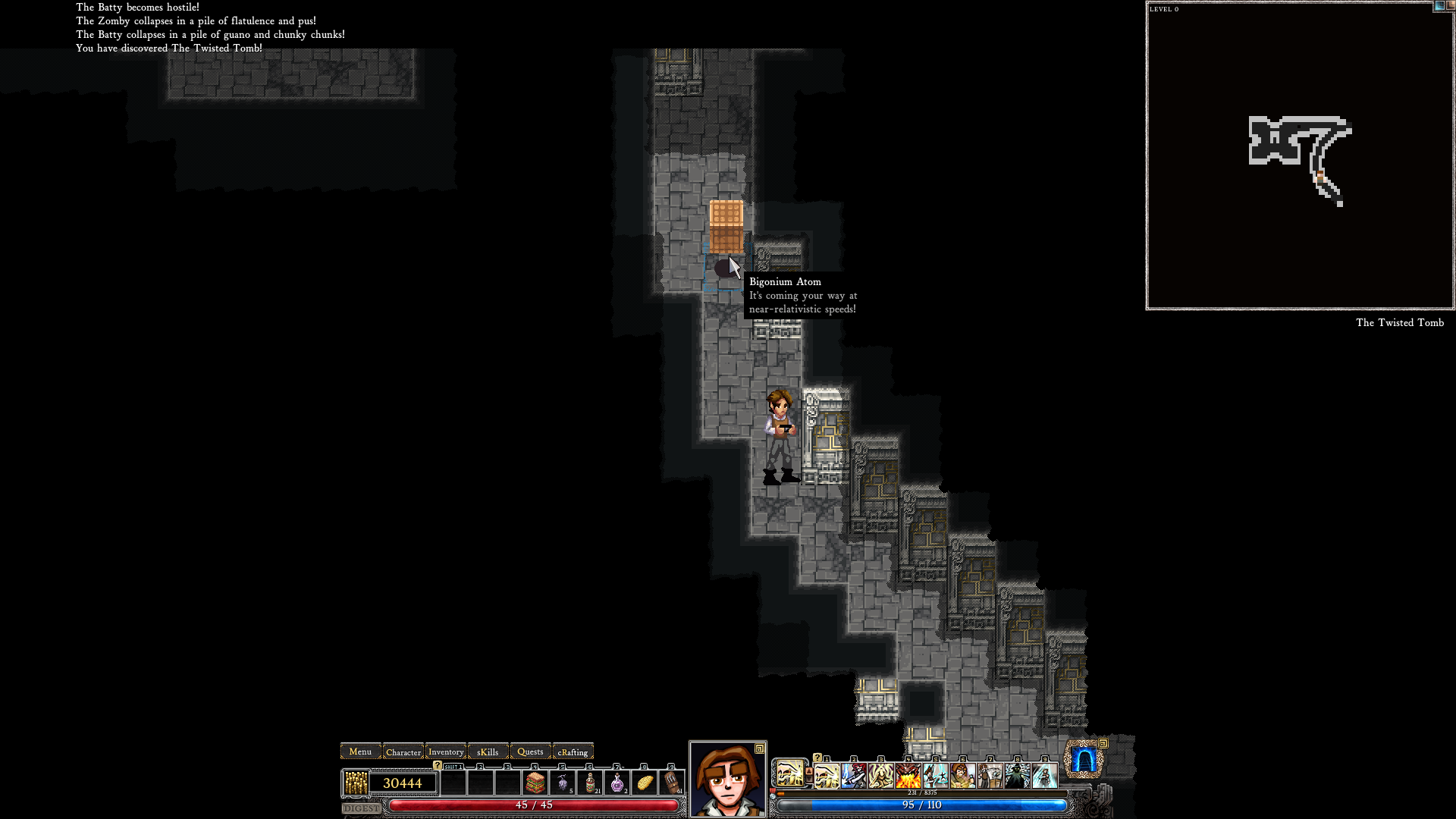 It is not dangerous (to you), you can't do anything with it (except lure enemies into it), and it's probably an LHC joke.

The Bigonium Atom itself is defined as a <customblocker> in expansion3/game/wizardRoomDB.xml, in the room definition "Thaumatron". As a customblocker, it's a piece of scenery that blocks movement but can't be otherwise interacted with and doesn't do anything on its own.

Also attached to the room is a set of <script>s that move it in a circle around the ring, casting The Stars Aligned each time it moves. It has the same effect as when you cast it; every enemy and ally standing too close to it eats a hefty chunk of Celestial damage along with some paralysis and bleeding. (You can see the spell definition in game/spellDB.xml, or look it up on Dredmorpedia.) Note that while it does not affect you, minions hit by it may become hostile.

Apart from that, it doesn't do anything. Activating the three levers will remove it from existence, but there's nothing else you can do with it -- except perhaps try to lure enemies into the accelerator ring to get pasted by it.

After some testing I'm pretty sure it's not dangerous, at least not directly. As ToxicFrog has pointed out the box casts "The Stars Aligned" spell while travelling in the circle shaped room, but the spell has no effect on the player it only harms other creatures, enemies and minions. You can use thr switches to switch it off.

Not the answer you're looking for? Browse other questions tagged dungeons-of-dredmor or ask your own question.

15
What belongs in a museum?
12
What does a spell going “haywire” mean?
8
What happens if you kill Brax?
5
The wishing lever - what are the blue drops on ground?
8
What is the Harmless Red Cube?
11
What good is ground meat?
10
What are constructs vulnerable to?
3
What does the Bonzai Bomb do?
6
What's this attribute represented by a purple skull?
4
What is 'Crushed Bones'?