What Boss’ Weakness is their Pancreas?

In Plants vs. Zombies, Crazy Dave says that he knows the Zomboss’ weakness and says to hit him in the pancreas, but then he says no, that was a different guy.

What guy/boss is Dave alluding to?

I highly doubt that he was just making a joke, saying something stupid, or being crazy because right after that, he says Press Left, Left, Right, Right, Up, Down… oh wait, that’s not it either.

This is clearly not just a stupid comment or joke, it’s a definitive allusion to the Konami code. 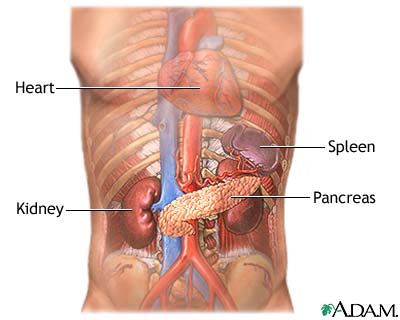 I reckon this is just a stupid comment and nothing more.