I used a rift sword to create a rift portal, and it ended up creating that black, fog-like stuff. I decided to move to a different location, not so far away from the area where the black fog was located. I then ignored it for a long time, and noticed it had grown, and was still growing, now with tons of enderman spawning into the over world. I tried removing the black fog with rift removers, but more black fog kept spawning. I then tried building over the area filled with the black fog, but the fog is breaking through. I'm at a complete loss here, and have no idea what to do. If I ignore it, it will keep on destroying everything, including my house. I'm think about using world edit, but idk.

EDIT: I see that a few people are having trouble understanding my problem, so i found a picture that is very similar to my problem. 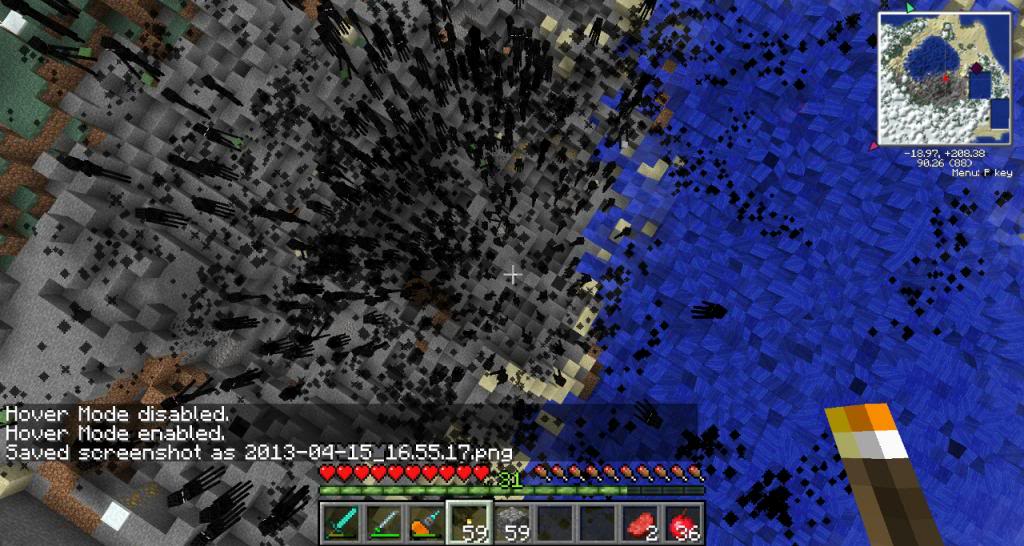 As you can see in this picture. There is a bunch of black fog. In my game I tried using the "rift Remover" item, in order to get rid of the black fog, but the fog had grown to the point where it would keep on spawning back. The black fog that is growing in my world has began destroying my world, and i dont know what to do.

I would like to permanently get rid of this fog, but i do not know how to do that. I dont care if i have to cheat anymore, i just want it out of my world before my world is destroyed.

Not the answer you're looking for? Browse other questions tagged minecraft-java-edition minecraft-hexxit or ask your own question.

4
Is there a way to change the difficulty setting of a saved Minecraft game?
1
Minecraft hexxit smeltery glitch
1
Prevent mob spawners from spawning nether hostile mobs
12
Minecraft, catching fire when coming through nether portal
0
How can I get rid of Elder Guardian?