What's with the peaceful demonic statues in Dark Souls?

Entering Lost Izalith via the Chaos Servant door, there were a bunch of aggressive orange demonic statues and one darker statue which seems to do nothing: 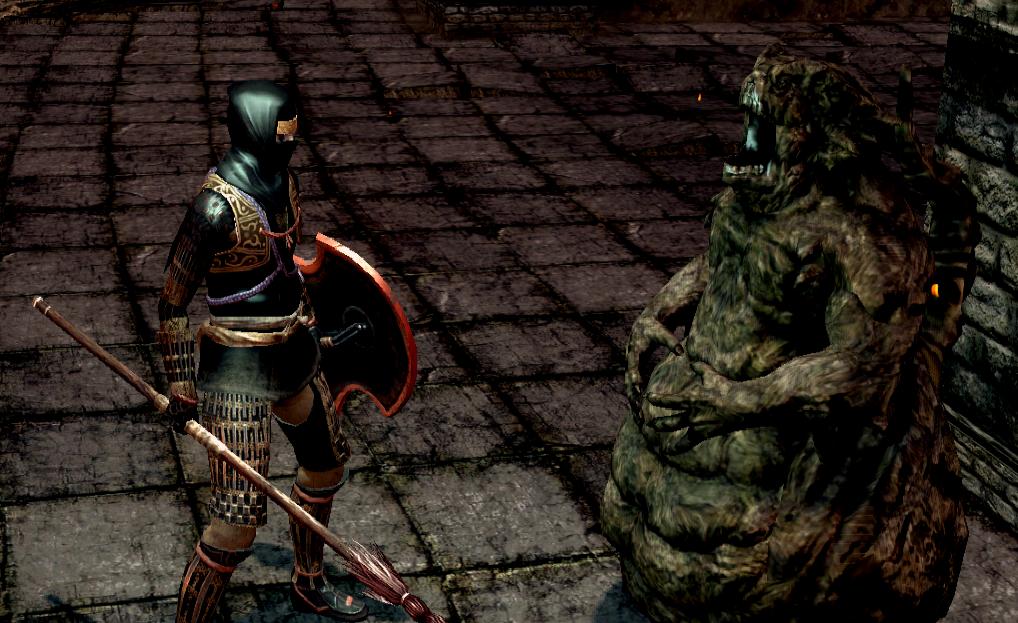 Is there anything special about these statues? Are they just props? It does the standard "just standing around" animation of moving very slightly in place, but I can't target it. I haven't tried hitting it yet.

There is nothing special about these statues.

It's been quite a while since I've played through Dark Souls 1 and I can't test if there is anything special about the statue right now. It could also be an enemy that is simply just "hiding". From Software likes to do that sometimes, especially in Dark Souls 3 where there are some enemies that just hide somewhere and will not attack you when you get close to them. Some of which, you can't target, others you can.

If you want to check if it's a living enemy and not kill it instantly, punch it with your fist

There is also no entry on this statue on any wiki as far as I can tell so it's pretty safe to assume that there is nothing special about it.

Demonic Statue
Stone statues that breathe fire. Highly resistant to fire and lightning damage. They pose little to no threat, though they deal somewhat hefty damage and come in groups in most encounter, however, they can be quickly and easily outran, especially because they don't usually follow players to other areas.

Basically, these are the kind of enemies that are just annoying - they can get in your way, and easily gank you if you're not paying attention; but if you deal with them properly, and one-on-one they cause no real threat.

As for the actual statues; the only reason they are there is to keep you on edge. There is a certain area in Lost Izalith where it's dark, you've just come from a lava-lake full of giant Undead Dragon butts, and you have to get through what appears to be upward of 20 of these guys.

However, in some areas of this game, (depending on console/graphics settings) it is easy to distinguish between the live and inert ones, as the live ones usually have a brighter, orange tint; and the inert ones are a more dull, grey-brown hue. Also, if you look closely, the live ones appear to hover (move up and down subtly).