Where is this second Playstation Vita?

So i was on the Account Management web page looking at the Devices section and it appears i have 2 Playstation Vita's registered however i only own 1. 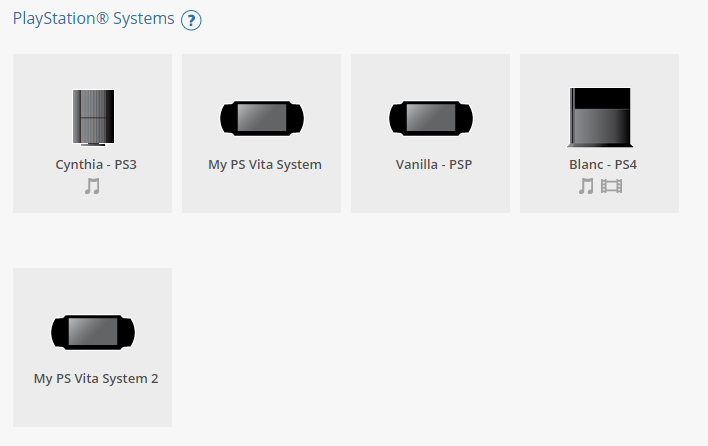 I do have a Playstation TV which the OS looks like a Vita and i have 2 Vita Memory Cards. is there any documentation that indicates if one of these get misidentified as a second Playstation Vita on the web page?

If not there is a way for me to id this 2nd Vita without having to deactivate both from the website? i want to avoid deactivating the system i'm currently playing in case if there is any sort of time delay before i can reactivate (as i have some downloaded games and DLC on both memory cards)

PSTV (PS Vita TV, in Asia) shares the same exact OS with PlayStation Vita. The only difference between the consoles is that Vita TV has a white list for "TV allowed Vita games". In fact, many Vita games have been "enhanced" to work with PSTV. There was a hack for VTV to play not allowed games for PS Vita, but the flaw allowing it has been patched through software update.

So, the answer to your question is:

The PS TV (or Vita TV) is basically a screen-less Vita. It is detected by the server as a PlayStation Vita, and that's why you see two Vitas.

You are allowed to have two devices between Vitas/PSTVs, so there is no point to deactivating one. If for some reason you NEED to deactivate one of them, the best way to do it IS NOT from the Account web page, but from the console itself: Access the HomeScreen open the "Settings" app and browse into PlayStation Network settings. The menu will be pretty much self-explanatory. With this method, theoretically you could do it as frequently as you wish (be careful just not to do it too often, unless you wish Sony to suspect fraudulent activity and close your account).

Note: Remember that you can only deactivate ALL of your devices from the web once every six months, and that kind of deactivation is only meant for people losing or damaging their console. It doesn't involve console doing anything, until it connects to the internet, of course.

This is probably your PSTV, but you should verify.

In your PSTV, Go to Settings on the home screen. Then select Playstation Network and navigate to System Activation. You should be able to verify that this device is active. I would recommend doing this on your Vita as well.

If this accounts for both your PSVita and PSTV, you're good to go. If one of these devices is not activated your PSN account may have been compromised. I would highly recommend switching your password and using your remote deactivation (deactivates ALL systems on your account. You can easily reactivate them on the system itself, but the remote deactivate can be done once every 6 months).

4
Playstation Vita hardware specs
5
Most convenient method to switch between PSN accounts to access PS Vita content from different Playstation Stores?
1
PSN Avoiding DLC Region Locking Processes confirmation
1
Is there a way to easily find DLC for a game on the Vita?
2
Sharing Playstation Now with Vita
1
How do I transfer game data from one PS Vita SD card to another?
2
What's up with the "System Use" thing in PS Vita's Content Manager?
1
Playstation Vita unlink R1 PSN