See attached images. I am proud that I was able to build this tool to make a chest-minecart pause while it gets loaded from a hopper, and when the hopper is emptied, the powered rail beneath it powers again and the minecart travels off. This construction is working perfectly. I admit I learned most of it from a video and slightly rearranged it.

But, my problem is that I don't understand the logical sequence that makes each of the parts work in sequence!

Can a redstone genius out there please: 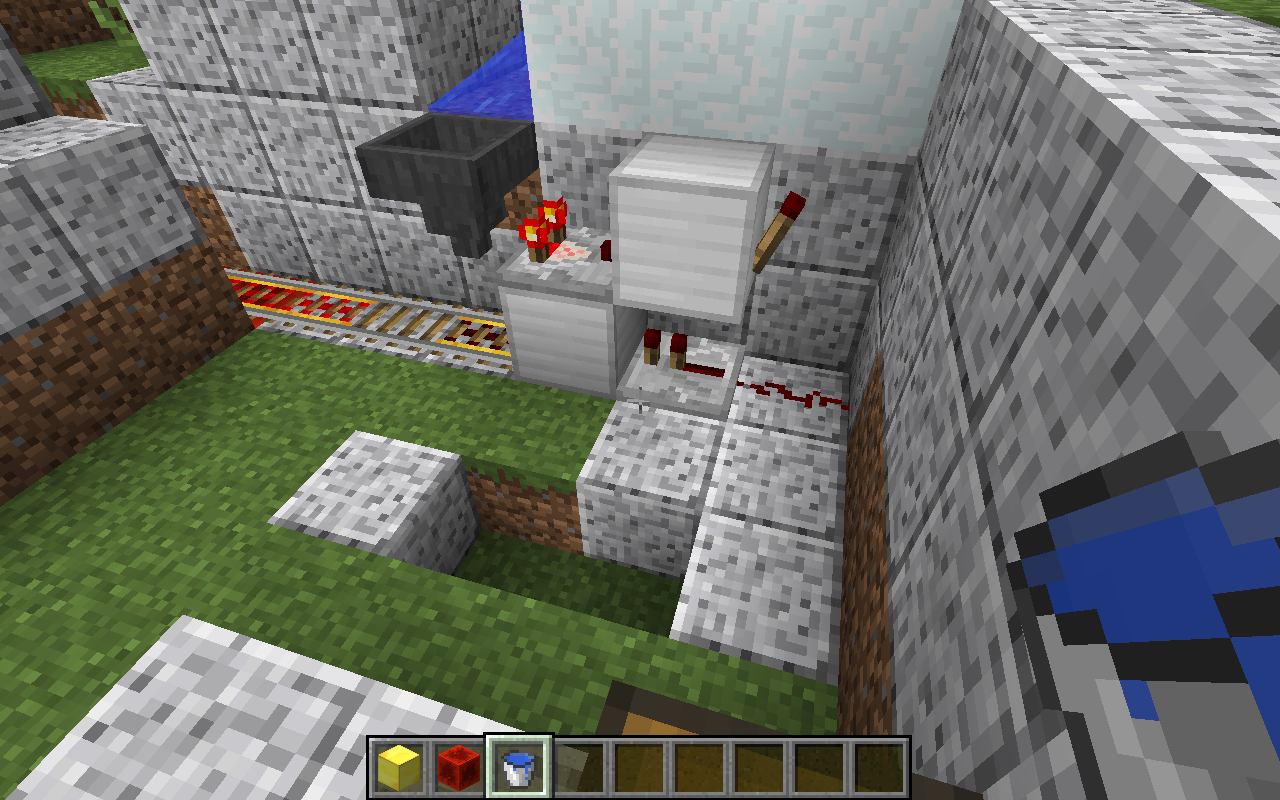 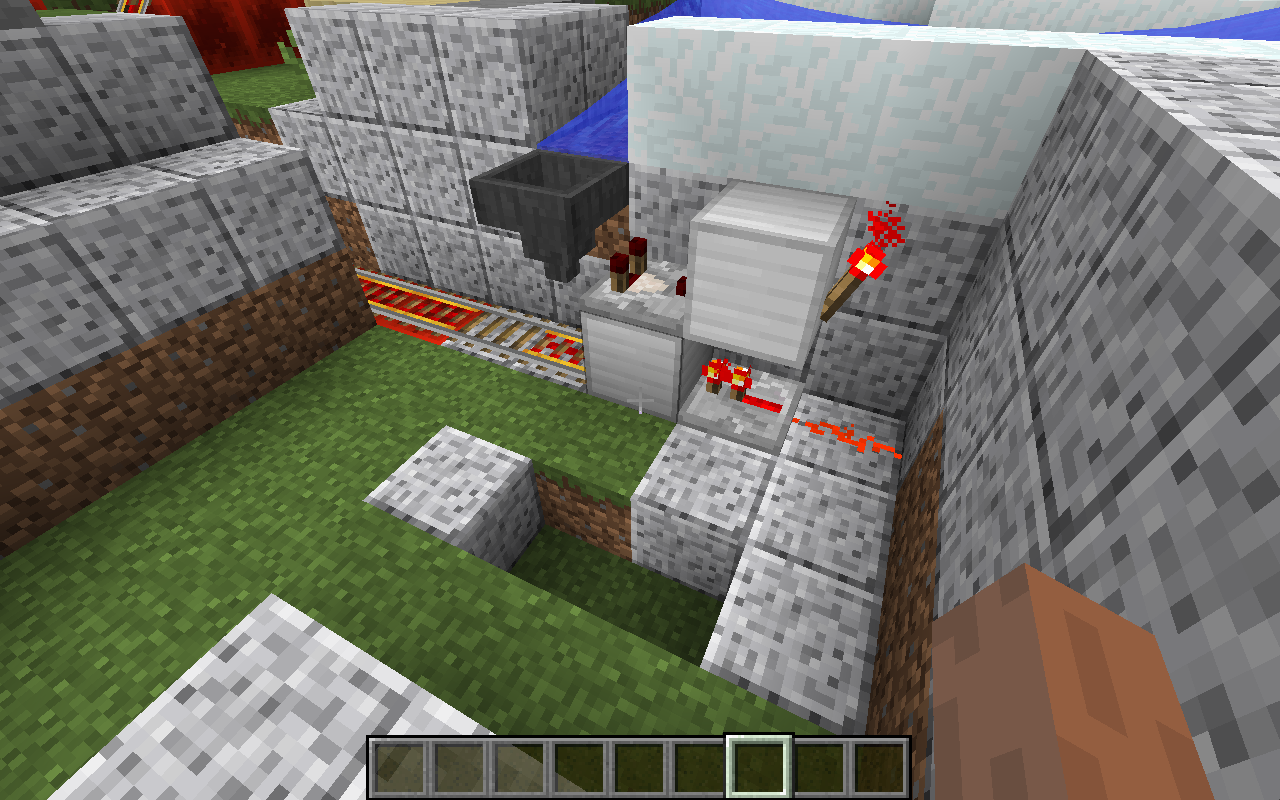 Matthew Sheeler bubster20's answer is correct, but I wanted to expand a bit more on what each piece is doing here.

So, in the circuit above...items enter the hopper from the water stream. The comparator sees this and becomes powered, powering the block it is pointed into. This turns off the redstone torch on the other side of that block, which stops powering the redstone dust, repeater, and the block the repeater is pointed into, which the powered rail is drawing it's power from.

4
How to power a row of droppers efficiently from side or bottom?
14
What caused my TNT Minecarts to explode?
4
Signal directing on lanes
1
How can I make a power rail inactive when it's next to an active one?
5
Chunks and Redstone
1
Selective hopper minecart unloading
3
Synchronize two redstone pulse inputs
2
How do I force players off a rail when dismounting a minecart?
4
How do I use quotes in an extremely nested command?