I have some moose men and women running around inside my fortress, and any dwarf that bumps into them will cancel their work. But they don't seem to be attacking my dwarves. I also wonder if they are eating my food stocks, cause one is hanging out at my stockpile.

What can I do about them?

I have some war dogs but not sure how to tell them to attack, nor sure if I will suffer bad consequences if I do.

Edit: Nevermind, just randomly struck down my dwarf. Apparently he didn't even put up a fight :(

Edit2: Ah, combat doesn't show up in announcements, but instead in reports. Apparently there has been quite a bit of fighting.

Moose Men and Women, like their Moose kith, are dangerous due to their size, but won't go out of their way to get your dwarves, either. (Unlike the evil, evil Honey Badger)

However, it sounds like your dwarves may have accidentally cornered a Moose Man or several, and, like all cornered creatures, will defend itself vociferously. Since you have several dead dwarves on hand, it's likely that they simply wandered too close for their own good.

Moose men are dangerous, and often breed with bat men, with dangerous results: 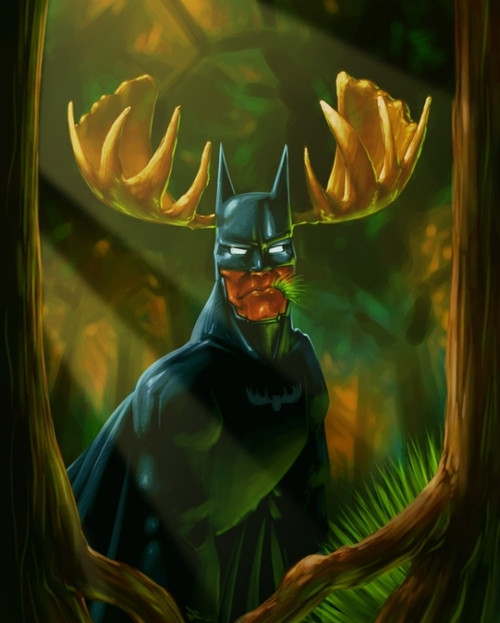 Wipe them out as soon as possible.

As some have pointed out; this answer needs a more serious part to it:

Creatures will generally only cause job cancellations if they pose some manner of danger to your dwarves. If any animal in your fortress is causing job cancellations, dispatch the militia to kill it, even if just to stay on the safe side.

1
Why won't a military Dwarf work?
2
How do I get StoneSense to work?
7
How to throw a caged, hostile animal into a pit in Dwarf Fortress?
9
Can creatures move diagonally through walls?
8
How do crossbow traps work?
3
How do the different color tokens work for materials?
11
How can I prevent a trapped necromancer from causing trouble?
13
How do you design the channel work for magma forging to prevent magma crabs and building destroyers from interfering with production?
1
How to make a dwarf satisfied at work?