How to "Investigate rock arches on the Mun" in Kerbal Space Program?

What am I missing?

I think it's a bug. I've been there a second time, still nothing happens. 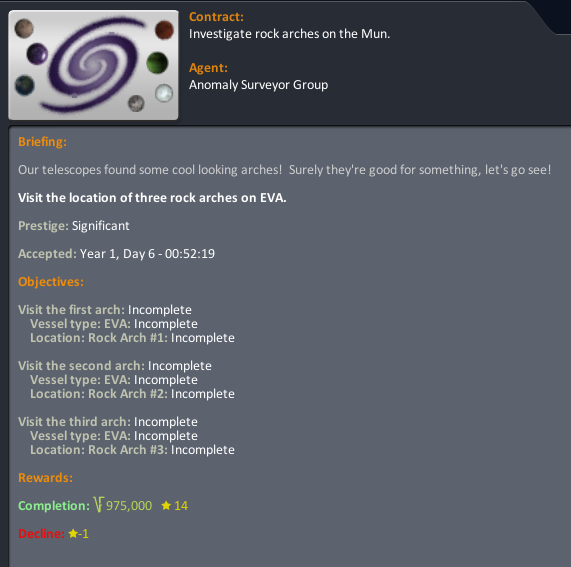 Have you visited all the arches on the Mun? The easter egg KSP wiki page says:

You have only explored one arch. If you find the others and explore them, you should complete the contract.
Share
Improve this answer
answered Feb 25 '19 at 18:34

Maybe you have to return the sample back to Kerbin?

Otherwise, I would check the contract again in the Mission Control building at KSC. The description of the contract there might be more specific than the UI tooltip.