Is a Pokémon's weight and height relevant?

Does a Pokémon's weight and height influence their CP?

Or are the differences between Pokémon weight/height purely cosmetic, i.e. "just for fun"?

Update: It appears that the conclusion below is false, and as of now we are unsure of the correlation between Weight/Height and any other of the Pokémon's stats. I have seen several counter-examples to the trend I observed, both from personal experience and from other people and so I am no longer confident that there is a relationship. Once more information, incorporating moveset and other variables (such as - "was it caught at this CP level or did you raise it to this CP level?"), comes to light, hopefully we will have a more definitive explanation for the variability of HP vs CP.

The tests I conducted showed that yes, weight (and possibly height) are relevant to a Pokémon's stats. From what I saw, for two Pokémon of the same CP, the one with higher weight will have higher HP. This means that it is more important to hold on to Heavier (XL) Pokémon and place less emphasis on raising XS Pokémon. I did not focus on height when I pulled my sample together, but there is no clear trend across the two examples I used, its effects will need to be looked into further.

I captured two Pidgeys of the same CP level (93) in a very short time. Comparing their weights, I found that one had higher HP, and realized that this was positively correlated with weight. Interestingly, in this case the Pidgey with the larger height value was the one with less HP, which I thought may thought might indicate a negative correlation, but this was not consistent with the next case. 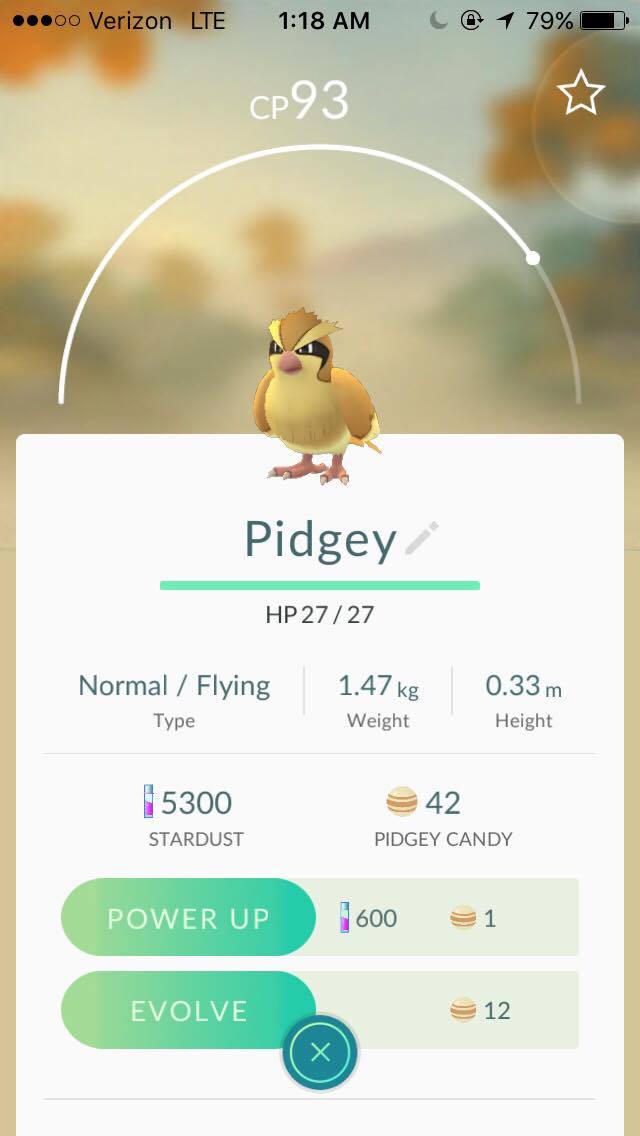 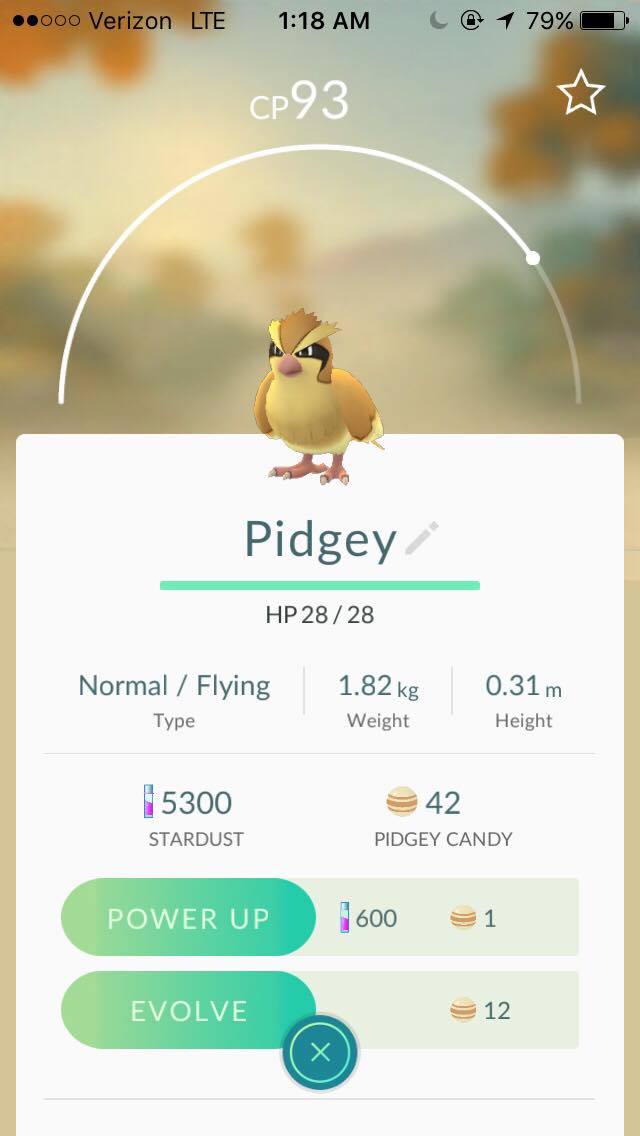 I had one sparrow of CP level 77 and another at a lower CP level, but with an (XL) tag for it's weight. I upgraded the lower one to CP 75, and discovered that the (XL) Pokémon had more health than its smaller cousin (who was two CP levels higher). This certainly offers more support in favor of weight factoring into a Pokémon's HP. Interestingly in this example the height increased along with the HP/weight, arguing against a negative correlation. 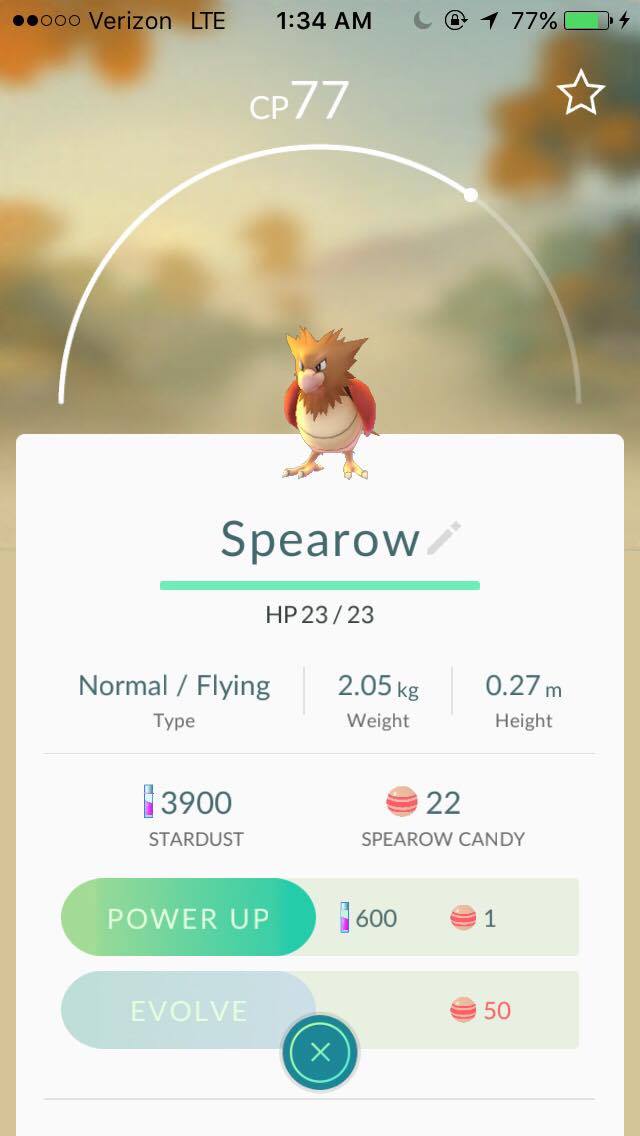 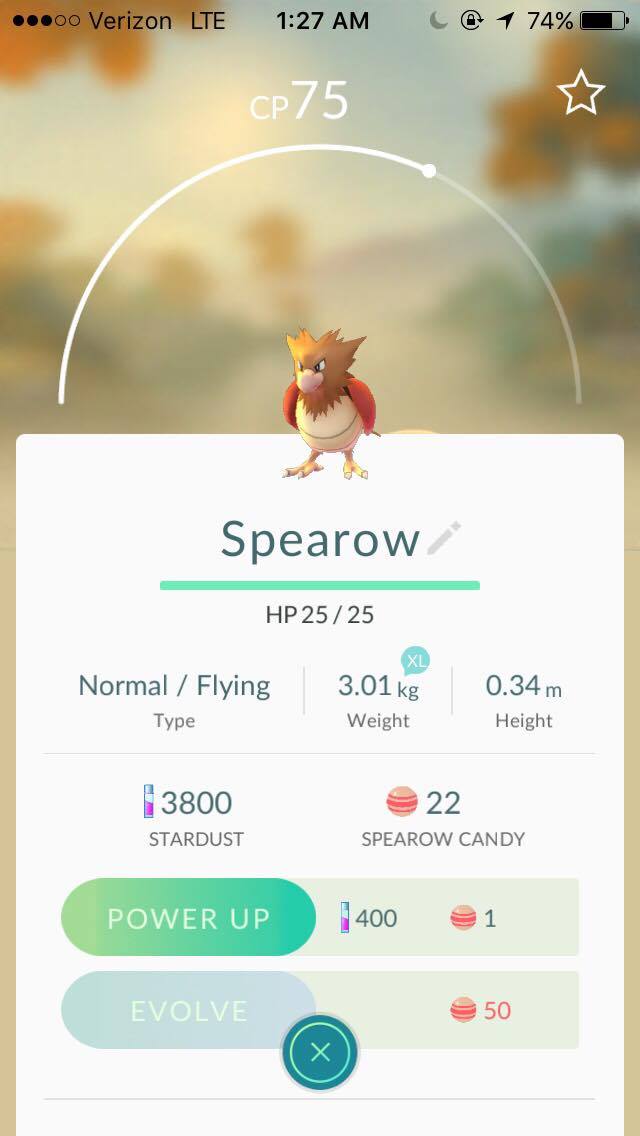 The amounts shown for HP differences may seem small, but keep in mind that this is at very low CP levels, so I expect the effect to be more noticeable at higher levels.

Obviously this is only two cases, so drawing conclusions based off of such a small sample size isn't ideal, and I will try to find more examples that can help shed light on this relationship. If anyone has any contradictory examples please post them, as it would definitely help clear this up.

Edit: I'll post the additional cases tomorrow, but I have found four more examples where a higher weight Pokémon of equal or lesser CP has a higher HP than its smaller cousin. 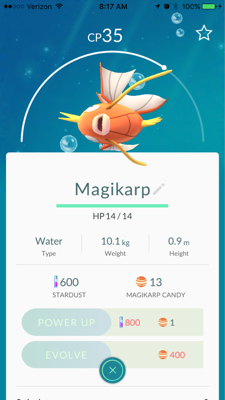 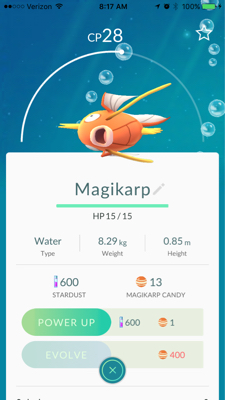 As you can see, the higher weight, height, and CP has fewer hitpoints.

i tried to search out the answer i found some answers related to this but i don't got the perfect one.here's all i got,

the most preferred one :

the cp and the hp is directly proportional to each other mean if cp is higher than your hp will be higher and as of the weight it has .04% effect on hp and .03% effect on cp. for the height is has some great effect relative to weight(check the image).for proof reddit. and charts and other info image.

NOTE : this conclusion is based on data not from the official(i.e, pokemon go developers etc.)

for second one that also convinced me here,

Since Niantic's official announcement that a buddy system will be included in the next version, see here, and the subsequent code-data-mining, see here, we now have another idea for the reason of including the Pokémons' sizes: it might be the actual size your buddy Pokémon will have walking next to you (i.e. an XS Pikachu will appear smaller than an XL Pikachu).

Although, according to the code analysis, your buddy's size might only alternate between the following values:

Maybe those are only the base stats to which the Pokémon's actual size is added. We'll find out soon.

Possibly a difference in HP. I had 2 of the same pokemon the had significantly different weight and the same CP with a difference of 1HP.

42
I've got an "XS" Pokémon. Is it special?
8
Should I keep Pokemon with high CP, Attack, or Weight?

7
Does a Pokémon's potential CP bar scale linearly?
26
How do the Attack and Defense stats work in Pokémon GO?
2
Why is there a difference between the height/weight in the Pokédex and Storage?
3
What are the floating dots?
7
Does the Pokémon's weight affect the damage for "Low-Kick"?
3
Does the Pikachu event hat have any effect?
3
IV determination using CP for Pokemon in the wild
6
How to check my Pokémon's attack speed?