At what scale is the map?

For some objectives, and incubating eggs, the game requires you to travel.

But with the GPS technology the way it is, sometimes it re-positions itself, which moves your Avatar.

I doubt these repositionings are very much (maybe a meter/a few feet at a time) but if I knew the scale of the map I might be able to get a bit better grasp of distances required to travel.

We can determine the 'scale' by observing the 'proximity circle' that emits from the player. At its brightest, before it starts to fades, it has a radius of exactly 40m real-world.

As determined through a different question, the circle that emits from the centre of your character has a total radius of 40 metres at its largest size. You can use this to gauge approximate distances, in proximity.

I have also used comparison to Google Maps, which has a distance measuring mechanic, to further approximate the viewing distances. I took measurements at two different angles. The zoomed out position, looking down on the player so I had as much visible in the background as possible, and zoomed in, looking straight ahead.

When zoomed out and looking down, you can see ahead by approximately 500 metres. You should still see roughly 50 metres behind you.

When zoomed in and looking forward, you can see ahead by approximately 700 metres. You should still see roughly 30 metres behind you. 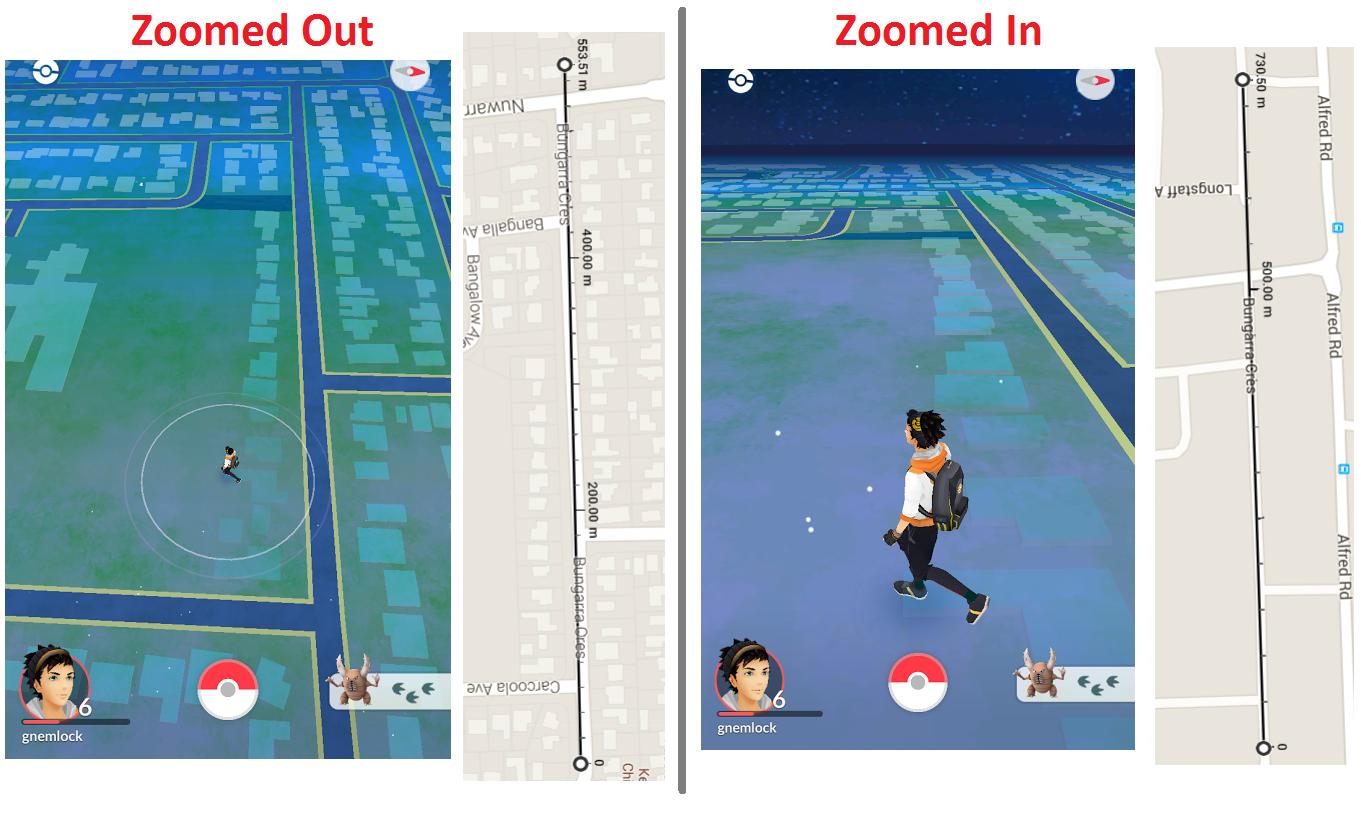 I found comparing distances using Google Maps to be the most effective, as Google Maps appears to be 100% accurate in terms of layout, right down to the exact shape, position, and size of each house. This lets you triangulate exact positions and distances using the corners of the actual house images.

The map should be the same scale as real life, so 1:1 (if we take the km noted in the Egg Incubator) - as it uses data from Google Maps. Your avatar is pictured huge in comparison.