In which countries is Pokemon Go available?

In which countries can I play Pokemon Go? Is it available in all countries or only in a few?

As per Bulbapedia, this is the list of the countries where Pokémon GO is available.

As previously reported, the game is stated to be coming soon to Japan, Canada, and Latin and South America.

Also, you can check the avalability from this website: http://www.releases.com/

Pokemon Go is out in Australia, New Zealand, Japan, and is slowly rolling out across the United States and other countries. Just be patient and regularly check your app store/Google play.

Be warned anywhere boasting to get you the game now(before it is available normally for you) could lead to you potentially downloading Malware on your phone or (less likely but still a possiblity) being banned from ever playing the game on your device. So just be patient, the game should be worldwide soon.

Pokémon GO - Get up and go!Break out the sneakers and Poké Balls! Pokémon GO is now available in the US, Australia and New Zealand on iPhone and Android devices. Coming to other countries soon!

Update: Germany and UK also seems to be out now.

Update: Italy and The Netherlands should be out now too. Check this website for future updates: https://www.ispokemongoavailableyet.com/

We are pleased to announce that Pokémon GO, the next evolution of Real World Gaming, is now officially available on both the App Store and on Google Play Store in Australia, New Zealand and the United States. It will be available in other countries around the world in the days ahead.

But this announcement doesn't explain if it's only available to install and play in those countries or if you can install the app in those countries and travel abroad and be able to play in different countries, too. This question has to be answered by the community. There isn't any official statement about it, yet.

The website MMO Server Status shows the state of the servers of a lot of countries, telling us where it has been released and where it hasn't. 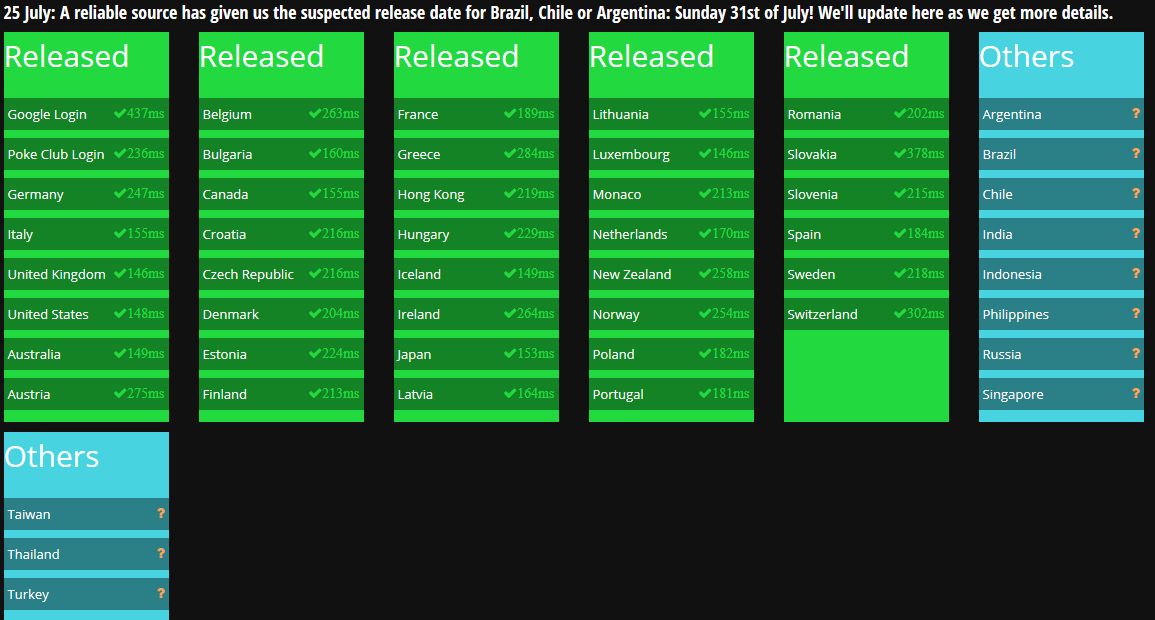 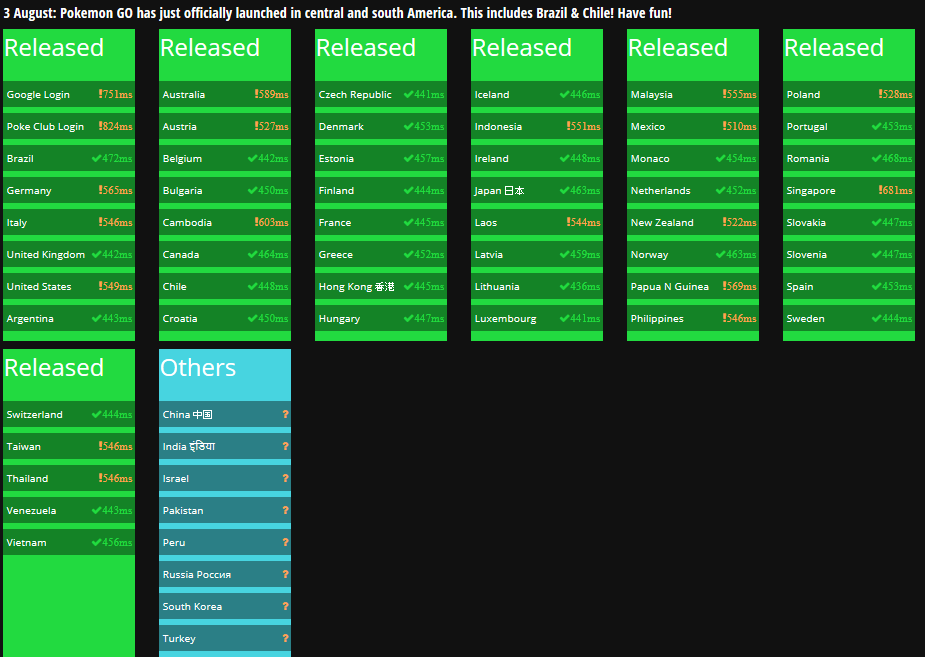 I'm an American living in Germany & I've been able to download and play the game from the Apple app store. I've had my phone and my itunes acct since living in the US but I have a German SIM in.

1
Is therea List of unlocked regions for Pokemon Go?
2
Is there any reason I don't see any building in the game?

25
Which generation does Pokemon Go base its move type effectiveness on?
2
Is there any difference across the countries to play in in Pokemon Go?
6
Besides the region-restricted Pokemon, is there a list of most rare (or least likely to spawn) Pokemon?
4
Any in-game effects if you play Pokemon Go in another country?
2
Playing pokemon go in two devices in two different countries
24
Which buddy Pokemon can ride on your shoulder?
2
Do Pokemon have specific spawning areas and times?
0
Are there Pokemon Centers in Pokemon Go?