Vassals inheriting titles below yours outside your realm

I'm a king of feudal gavelkind kingdom. My direct vassal count of my kingdom de jure county inherited a duchy outside my de jure kingdom. I was surprised when he left my realm upon inheritance. This question explained why this happened - rank-defining title made him independent (I suspect that in m y case because he made new duchy his primary title and declared independence due me not being his de jure liege).

What could I have done to prevent that from happening?

Through some console shenanigans I set up a situation to test your 3 specific questions: 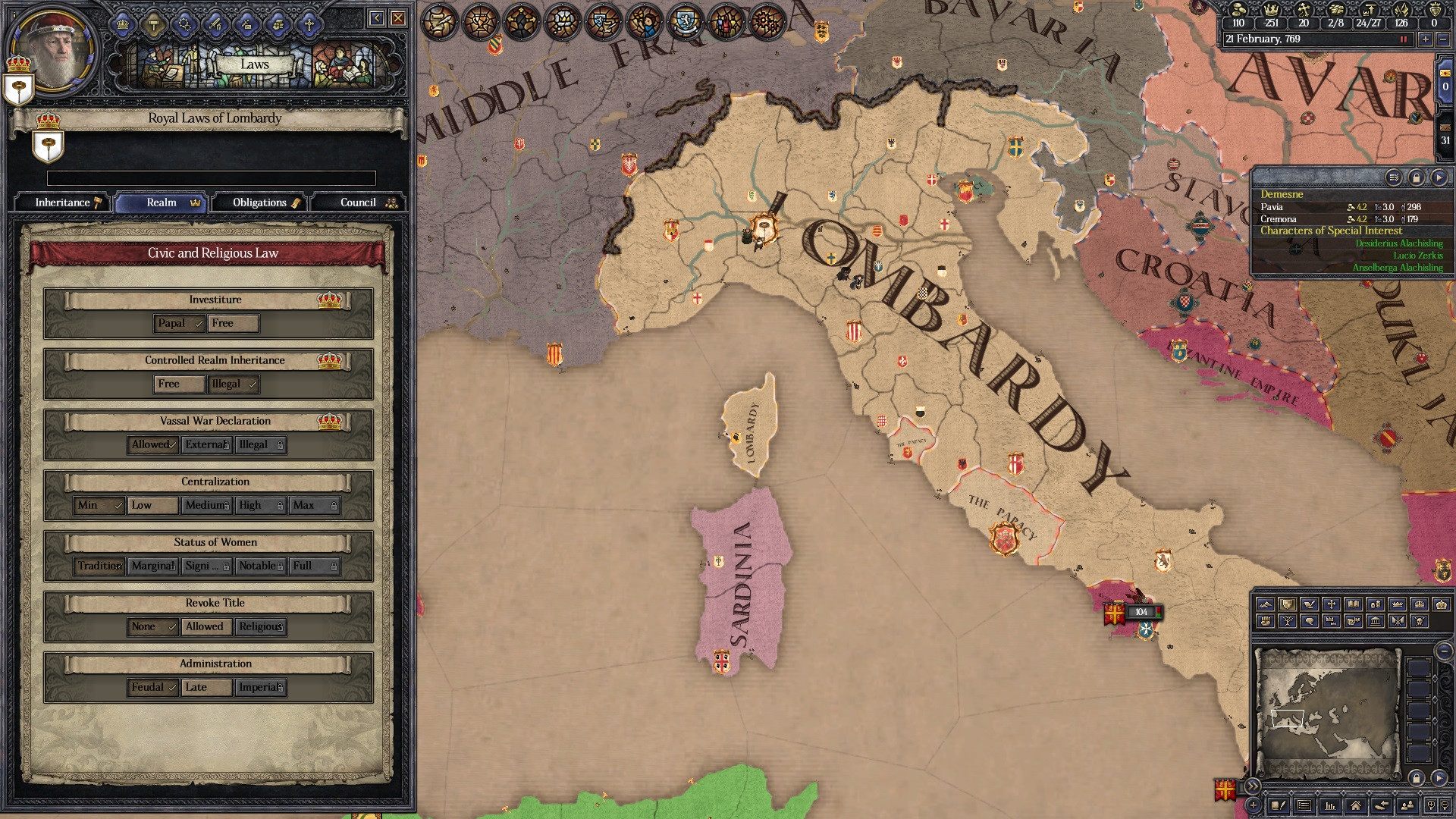 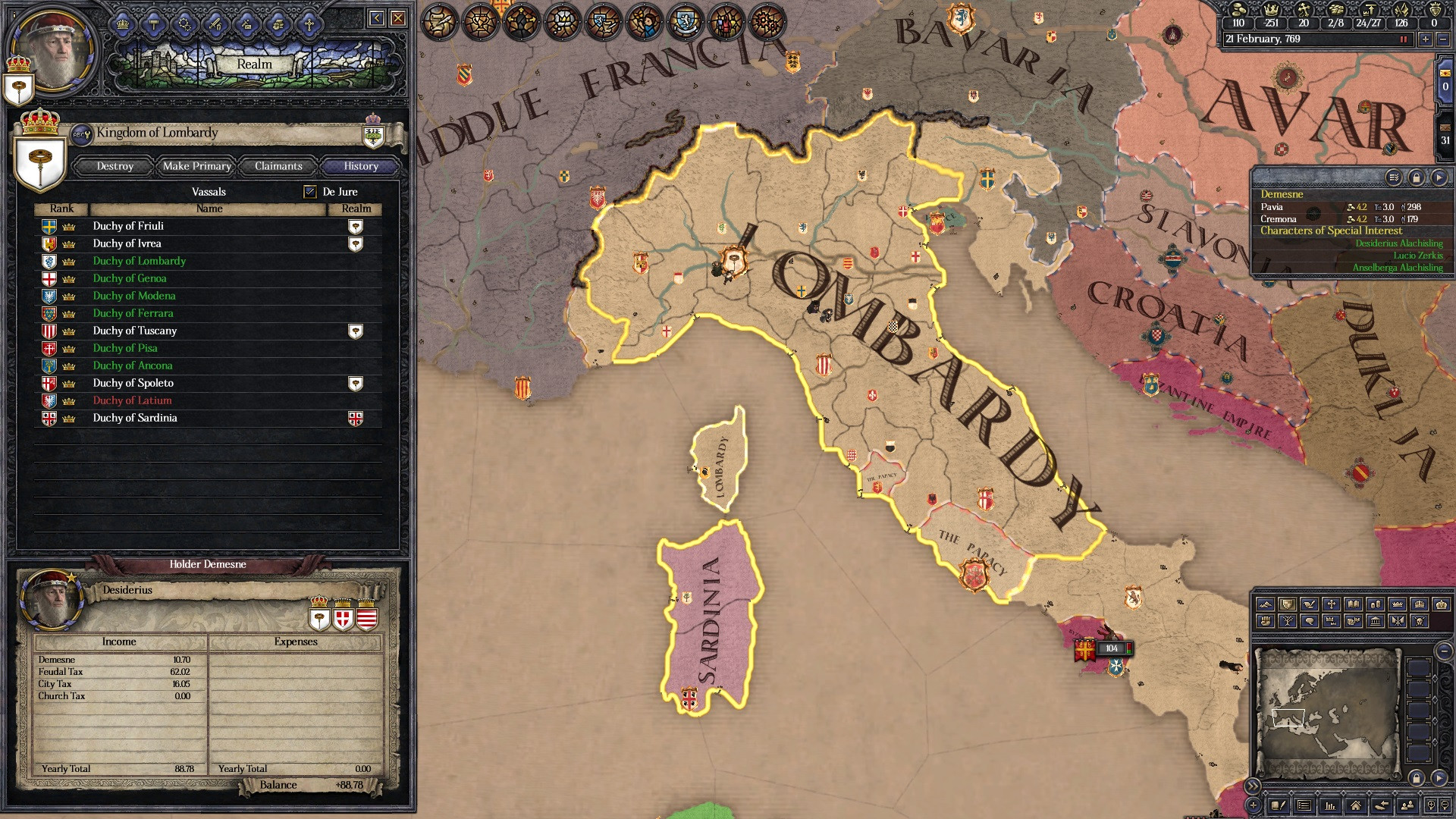 Sardinia is an independent duchy within my de jure, but not de facto Kingdom of Lombardy 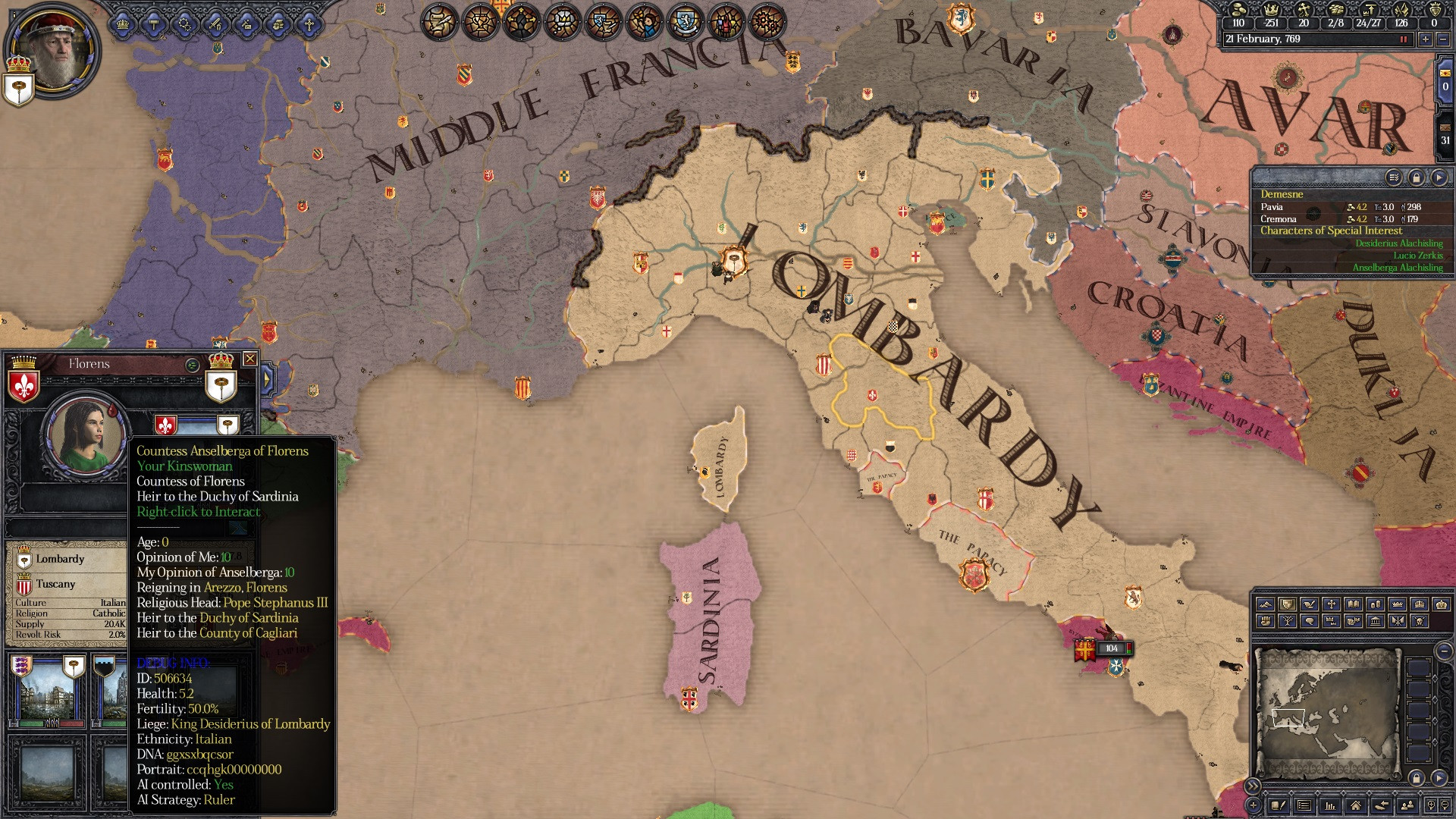 Countess Anselberga is my vassal, dynastic count. She is first in line to inherit Sardinia. 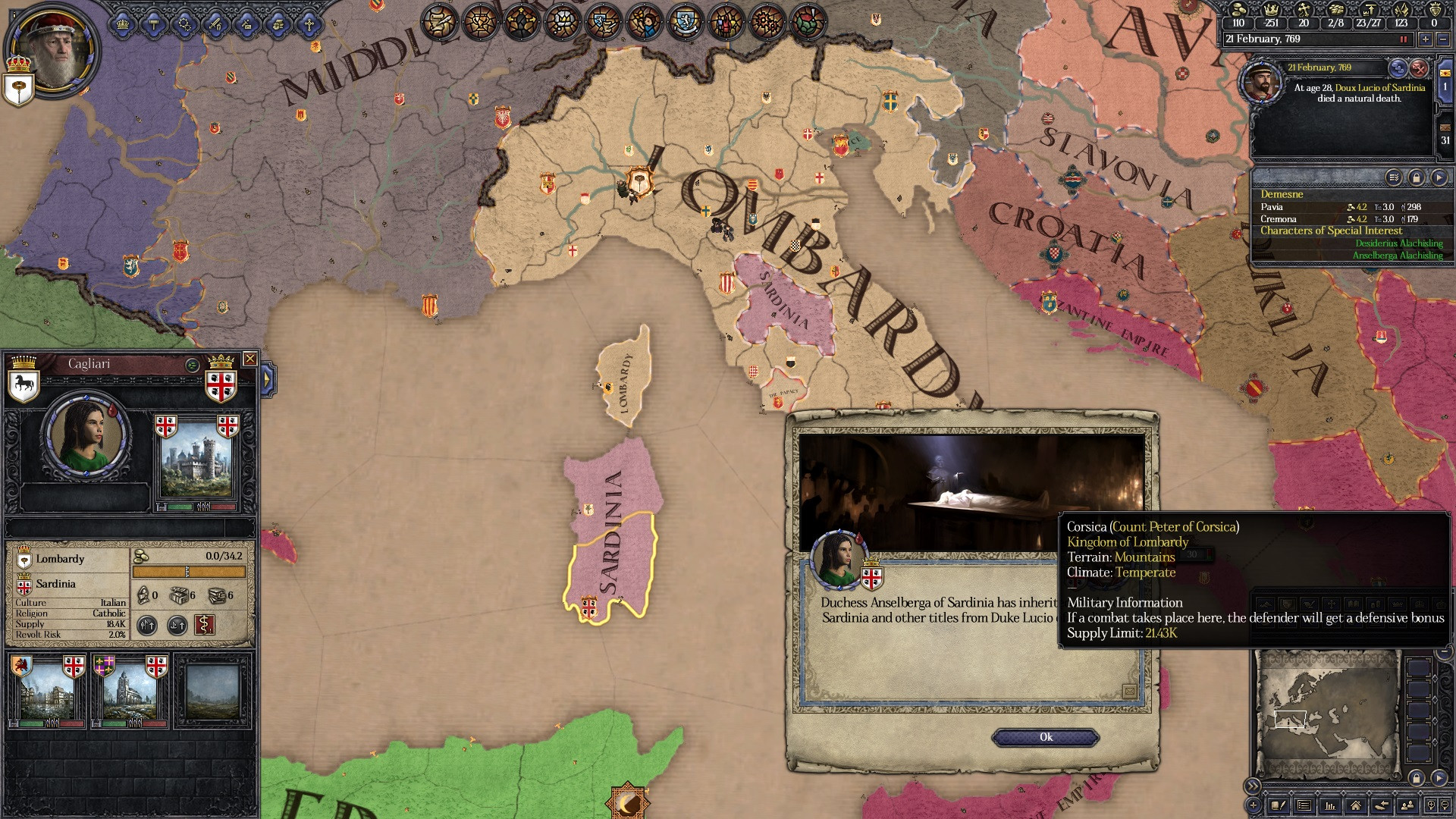 The Duke(Doux) of Sardinia dies. Anselberga becomes the Duchess of Sardinia, taking the county of Florens with her.

So we can conclude that dynasty members will still leave, even with Controlled Realm Inheritance and both her old and new titles being de jure vassals of your primary title.

3
A vassal gained a title and he became independent

11
How can I claim a duchy from an unrelated courtier, and keep the duchy in my kingdom?
4
Can I free a vassal imprisonned by another?
3
A vassal gained a title and he became independent
3
Why didn't gavelkind split three kingdoms?
2
Requirements to keep vassal when they inherit foreign lands
5
How can I keep my Kings from fighting each other?
4
Why can't I make the HRE elective?
1
What title should claimant to have to remain my vassal after supporting his claim?