Why/when do Pokemon run away?

My journal says that my Ponyta ran away

So, I was wondering when and why does a Pokemon run away? 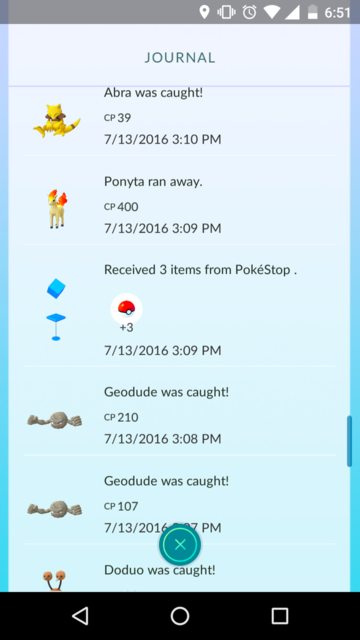 Your own captured Pokémon will not run away. The only way to lose it is transferring it by accident. Your journal is showing an instance of a wild Ponyta fleeing from battle, which can happen randomly if you fail to capture it too many times, probably more commonly with stronger Pokémon.

A good way to ensure a capture is using better Pokéballs and Razz Berries, but keep in mind that capture attempts can still fail and Pokémon can still flee even when using those items.

The more CP a Pokémon has the harder it gets to catch it. That Ponyta had 400 CP, which is pretty hard to catch with a simple Pokéball. You'll have to use better Pokéballs and Berries in order to have a good chance of catching a high CP Pokémon.

(There is still no guarantee to actually catch one when using Berries and good Pokéballs, but it will increase the chance significantly.)

Once a Pokemon is captured, it will never run. You can send it away to the professor, but it won't run on it's own.

While in battle, however, they can flee. Some Pokemon have a higher chance to flee naturally compared to others. The higher CP they have, the higher their chance as well. The higher your level is, the higher their chance seems to also be. This could mean you are trying to get a 50cp pidgey and it may flee if you are level 20+ anyhow. Last but not least, as others have said, if you are moving too fast.. it seems to increase the flee rate as well. This may simply be once you are out of the range of where they spawned while you still battle them that the flee may happen (or is increased in likelyhood).

10
Is there any way to tell if a Pokemon is about to run away or is prone to running away?
3
My Pokemon that I've caught only show in my journal and not in my Pokemon folder
5
Can pokemon run while taking a picture?
2
Why do Pokemon escape when I'm not moving?
3
Does a Pokemon run away if it despawned for everyone else?
2
Had several rare pokemon run away while wife and son catch them
2
Why can I collect items from Pokestops but Pokemon keep running away?
3
Are wild Pokemon predetermined to escape or stay?
17
Can a Pokemon that I tried to capture from field research run away?