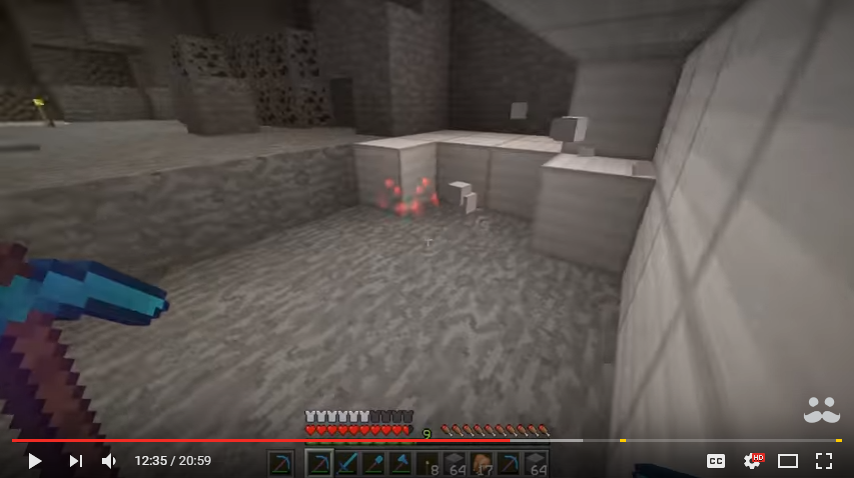 While watching this HermitCraft episode, I noticed a red particle mob (visible in the screenshot).

The player hit the mob with his sword, causing it to erupt into a flame which was bigger in size than the flame which comes from a typical zombie, meaning this mob must be bigger than 1x1.

I don't know whether the game in the video was modded, or if any resource pack was used, but until now (after 51 episodes of HermitCraft) I've never seen such a strange phenomenon. Does anyone know what this is?