Should I worry about territorial contiguity when choosing what territories to not save every month?

During every month, a number of territories get infected and I get to pick which one to rescue.

At times however it seems there's very little to base this choice on. For example, right now I can choose between seven territories, all with a population of 125, all with a difficulty of 1, all rewarding mercenaries.

Is contiguity something I want to worry about? For example, right now two newly infected territories are contiguous with areas I own. I'm worried that might be bad news for those areas. 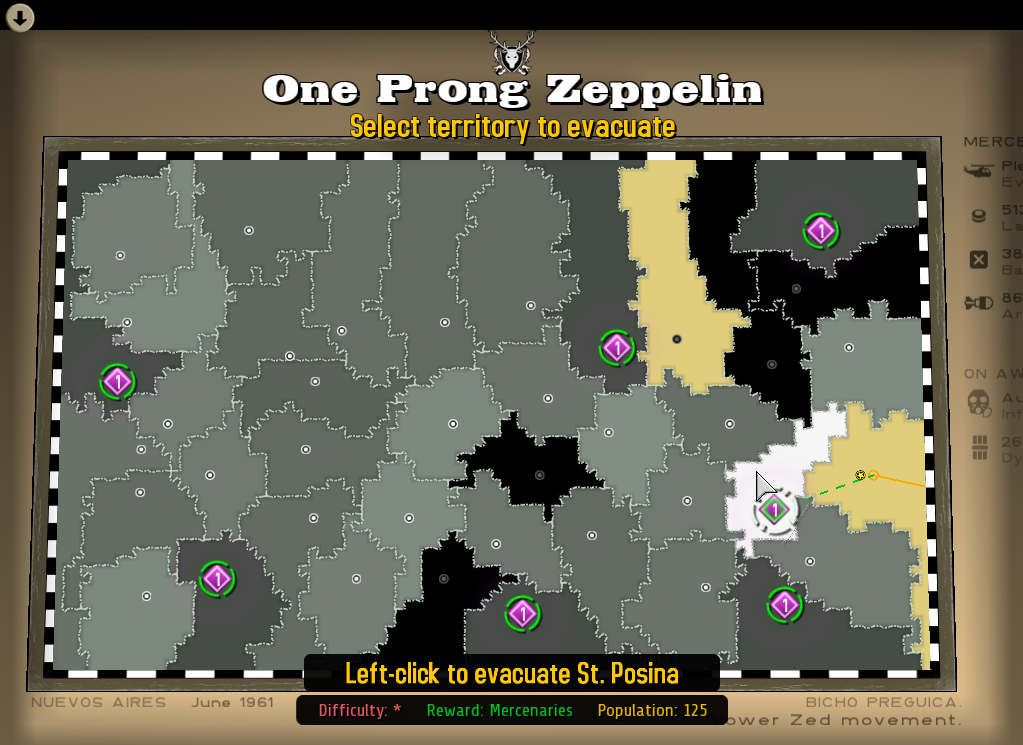 Eventually Zed territories will appear at level 4. There are NO survivors to rescue here, instead you must destroy all Zed before a time limit runs out. If you do not take care of these zones, then nearby Zed territories will have their level grow at the end of each turn (1→2, 2→3, 3→4). Left unchecked, this can lead to many zones being level 4, with no survivors for you to rescue, and each level 4 zone able to make the surrounding zones even harder.

You do eventually unlock something to help deal with the level 4 zones called the Llama Bomb. Just don't try to go in and clean it out at your first chance, because you just aren't powerful enough to deal with it at the time (at least I wasn't). 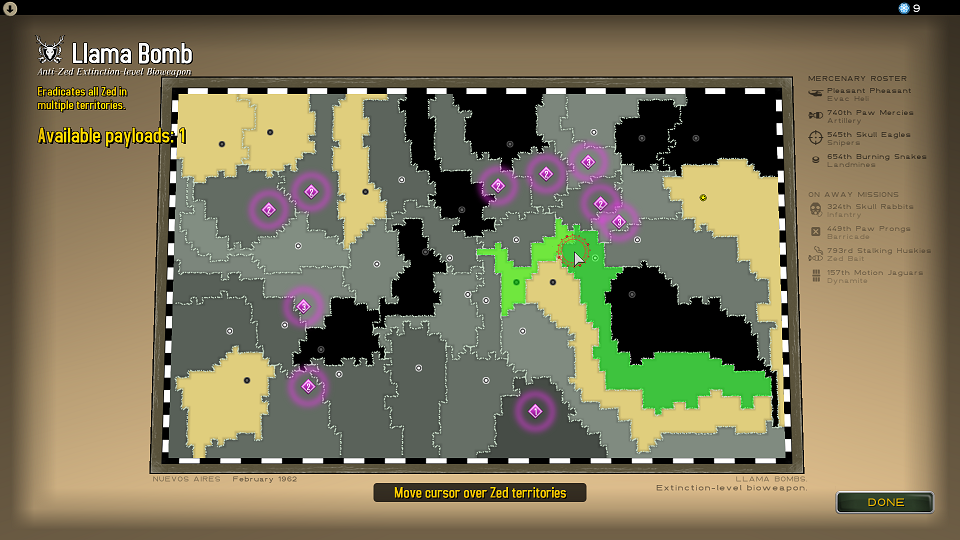 A red zone level 4 adds +1 infestation to each uncleaned neighbor area once, but this can trigger a chain reaction. If you are not getting ready from your first turn you end up with completely red map by the 10th turn.

So you should choose the next area to clean based on:

In your example the best zones to choose are the one which is selected and the one in the left down corner.

You can forget about clean areas they do not participate in the game except for giving you points if they are 100% disinfected.