slimes not spawning in slime farm

Slimes are not spawning in my slime farm. I dug out a 16x16 area that I saw in the AMIDST. The dimensions are correct. light level is 10-12. I think there's a ravine type of thing just beside my farm. Is that a problem? The hole on wall is the entrance to ravine. I can hear a few mobs from here and the ravine is lit up. 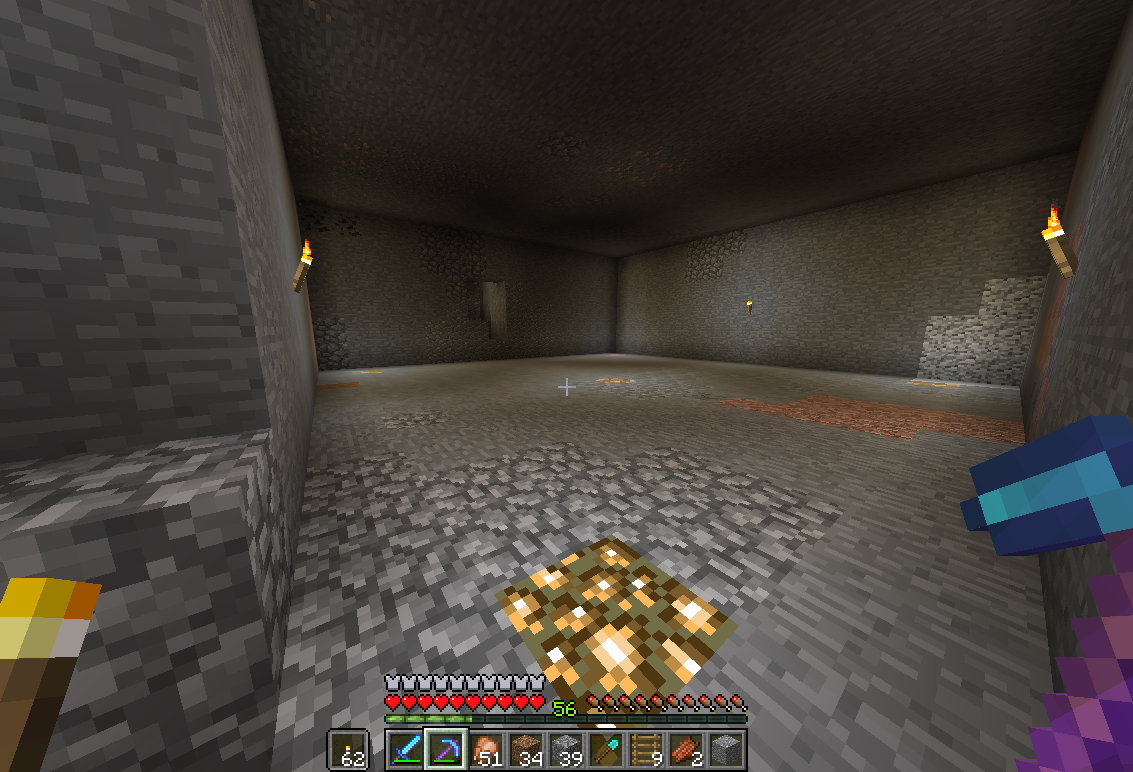 Slimes usually take a LONG time to spawn even in swamps. Make sure your not in peacefully just in case you accidently turned it to it. Hope this helped.

There are a number of issues to be aware of when building a slime farm. It is not clear from your description if you took all of them into account, so I'll list them all:

When I built a slime farm several months ago these were some of the things I learned:

Slimes are shy - they won't spawn if other mobs are nearby. Assuming your area is in the correct zone (inside a Slime spawn chunk and within ~40 blocks from bedrock), you also need to check the ravine nearby and light it with torches to keep other mobs from spawning nearby and stopping the Slimes from spawning.

You also have to stay close to the chunk (maybe even within it) for long periods of time to ensure the slimes will span because they won't spawn if you leave the area (I built a fishing platform and alchemy/enchanting lab above my farm to keep the chunk active and stay busy with interesting tasks).

There are these areas called slime chunks (source):

Slimes spawn throughout the world (except mushroom islands) below layer 40 regardless of light level, but only in certain chunks, 1 in 10 of all chunks. These "slime chunks" are determined pseudo-randomly by combining their chunk coordinates with the seed of the world:

If you want to do it in swamp (source):

In swamps, slimes may spawn at night between the heights of 50 and 70 provided the light level is 7 or less. They spawn most often on a full moon, and never on a new moon.

More precisely, the game checks if the light level is equal to or less than a random integer (from 0 to 7), then if the fraction of the moon which is bright is greater than a random number (from 0 to 1). If these conditions are met and the altitude is acceptable, there is a 50% chance of spawning a slime.

And my few tips to end it of:

Make a mine at the maximum height where can spawn Bedrock (the floor is height 6) and make it flat. Mine resources and get slimes!

13
Recommended way of clearing large lava pools
10
How to prevent slimes from spawning in certain areas
7
Can slimes spawn in midair?
2
Are jack-o-lanterns opaque from monster-spawning point of view?
2
Will Other Mobs Spawn in a Slime Chunk
3
Help with slime farm - mobs not spawning (confirmed slime chunk)
2
What's the best location for the player to spawn slimes in these 4 chunks?
2
No slime spawning in slime chunk 2018 1.12.1
3
Why are slimes not spawning in a slime chunk?