The mission Uncle Teddy appears to be broken, for me at least.

First, I picked up the mission. After dying twice, I pulled the plug on the fan, and entered the basement. 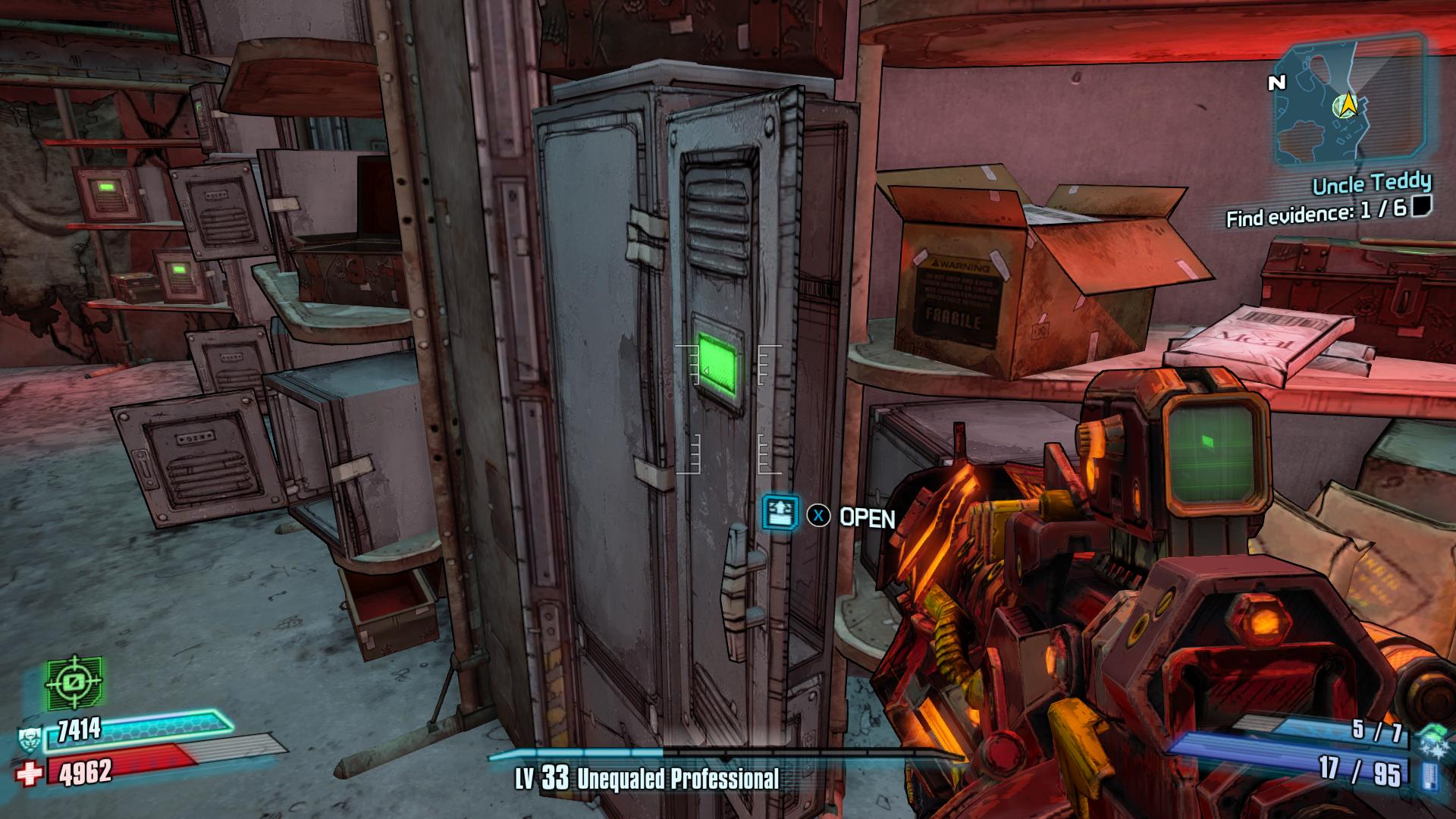 (The door is open, but in it's unopened state)

I proceeded to open all of the loot doors, only finding 5 of 6 echo recordings. No doors, and no teal marker anywhere around any level where it is marked. No Diamond above any objects either. Echo6 is supposedly "In the Corner".

My game frequently glitches, and leaving the area and returning usually fixes it. 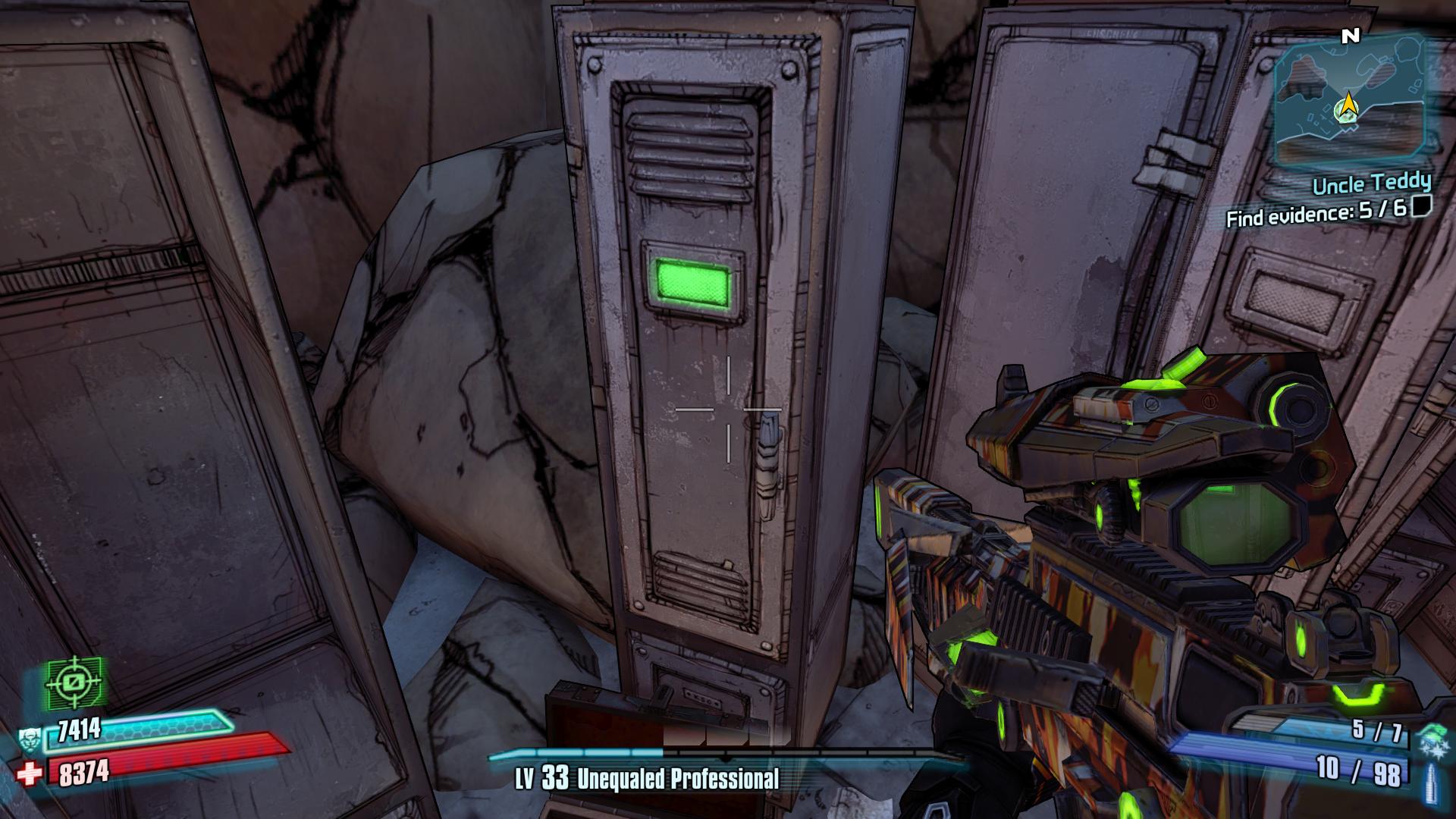 (The door is in it's unopened state, but stuck shut)

A few other glitches occurred as well shortly before this, but I didn't think much of it. They included no skags spawning, breaking the sister mission Hunger like the Skag, and 3 of 5 echo recorders from Get to Know Jack failing to spawn. ((That's still in effect actually))

Where is the recorder, or where was it supposed to be? How do I fix, or if I can't, how do I "Band-aid" it? Is there something I did to cause this, or is Karma just catching up with me? Neither of these are story missions, so worst case scenario, I can simply ignore them. Simply.

Bonus points: How do you activate this lever? 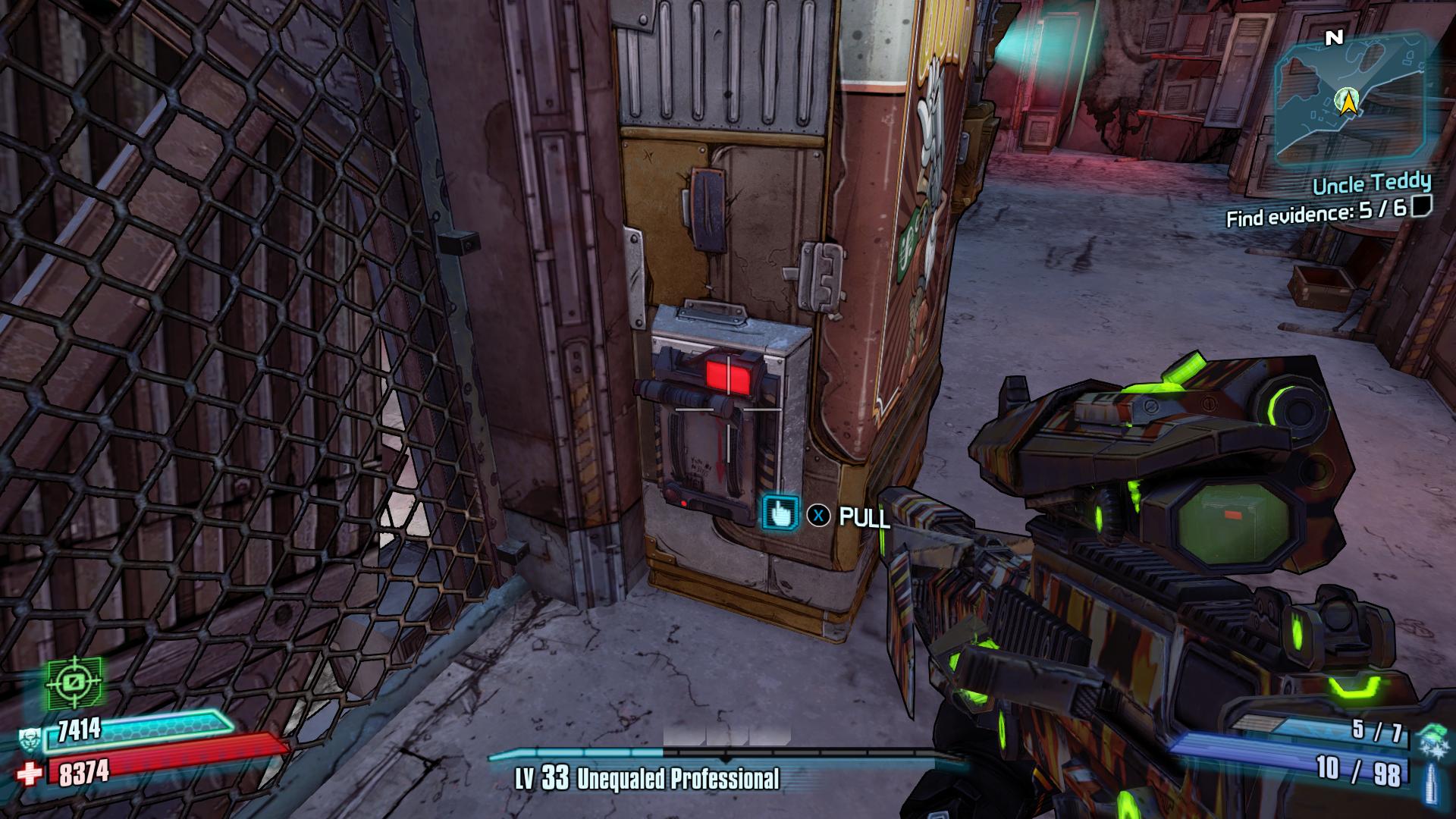 That lever is used after finding all the ECHOs. It won't work because you're still missing one.

There are various videos of this mission floating around the internet. Here's one from YouTube.

Based on the video and some discussion in comments, it appears that the exact locations of the ECHOs are randomized among the containers in the room. But, they're just in lockers and boxes, not any special scripted locations. So, if you've opened all the other lockers and boxes in the room but one that won't open properly, it seems clear that the sixth echo is in that locker.

This is a glitch, and it sounds like it's one you've already seen in your game. Since BL2 doesn't allow manual saves, the only things that you can do that might work would be leaving the area, which you say you've already tried, or quitting the game and reloading it. If neither of these work, you're probably out of luck.