How can I get Umbreon and Espeon? [duplicate]

Ask Question
Asked 4 years, 11 months ago
Active 4 years, 5 months ago
Viewed 5k times
0
This question already has answers here:
I caught an Eevee, which of its evolutions will it evolve into? (7 answers)
Closed 4 years ago.

I already have a Jolteon and a Flareon and I know that I can get a Vaporeon by renaming it to Rainer, assuming that is a valid way. My question is how do you get Umbreon and Espeon?

As of roughly 90 minutes prior to the time this answer was posted, most of Gen II was released for Pokémon Go. This included Umbreon and Espeon.

According to this article, it looks like there is a naming trick for these two, similar to Sparky, Rainer, and Pyro for the first three eeveelutions:

For those not as familiar with the Pokemon franchise, Tamao and Sakura are characters who own Umbreon and Espeon respectively.

I have been able to confirm this behavior: 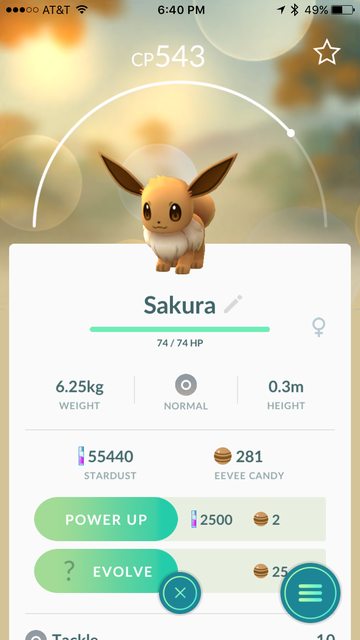 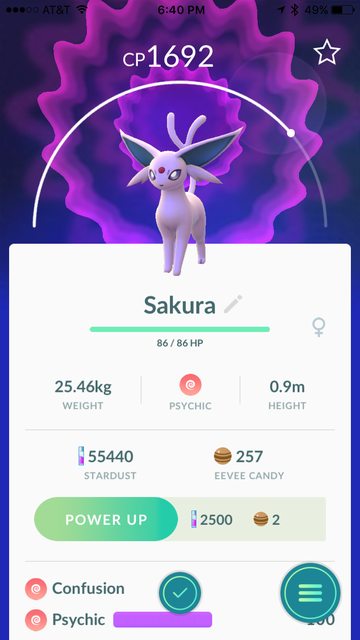 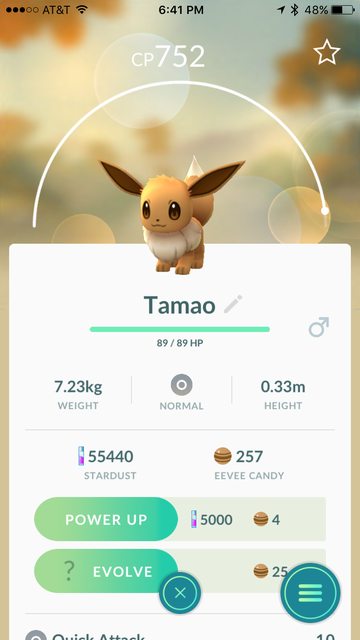 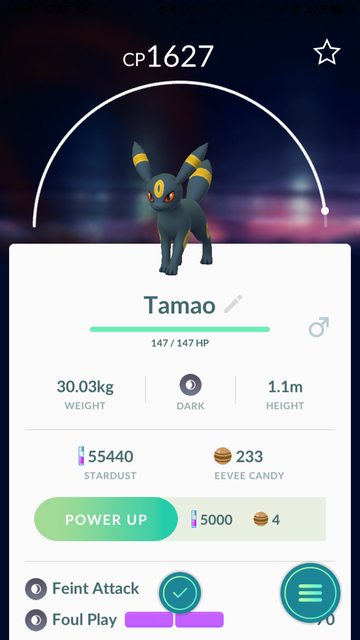 Unfortunately, Pokemon Go only includes the Gen I Pokemon (the first 151* Pokemon). The other evolutions of Eevee (other than Jolteon, Vaporeon, and Flareon) come from later generations, and thus are not included in the game currently.

It has been speculated that Niantic will added more Pokemon from later generations to Pokemon Go in the future, but it is unsure if they will be added just Gen II Pokemon or how they will go about the process. Here's an article that shows such speculation, with a quote from Niantic's CEO, John Hanke, stating:

"Beyond first generation, there are some others that may make their way into our universe," Hanke said. "We're looking forward to finding interesting ways to make that happen in the coming months and years." That's not a very specific timeline — and it sounds like this will come well down the road, and certainly not until the basics like server issues are worked out — but he was clear that they will come eventually, in one way or another."

97
I caught an Eevee, which of its evolutions will it evolve into?
6
What are the exclusive pokemons of each region on 2nd generation?

5
Can I win a gym battle or do I just need to survive?
6
Why won't it let me evolve to jolteon?
1
What general location gives me the best chance of evolving a Jolteon?
4
Why didn't the Eevee-evolution-name trick work?
5
Do Jolteons dodge better than Vaporeon, Snorlax, etc. when defending gyms?
2
Why won't Eevee evolve even after renaming it in Pokemon Go?
31
What does Pokémon Appraisal actually tell you in Pokémon Go?
12
Can an Eevee evolve into Umbreon/Espeon “randomly”?