How do Pokémon "Sightings" work? 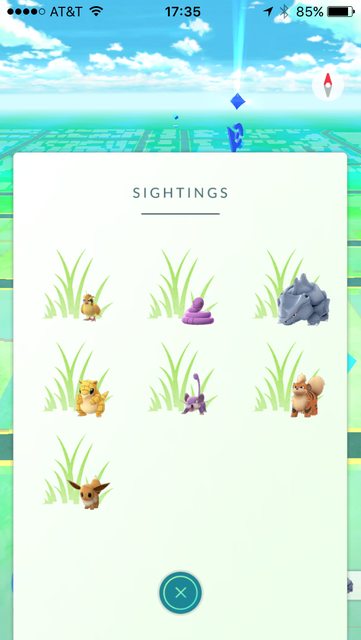 The nearby system was originally supposed to show you pokemon spawns in order of distance (Which we all know didn't work at all). Essentially Sightings is now a list of what pokemon are currently in the area as opposed to listing every nearby spawn as an individual pokemon, which also caused a bunch of duplicates to clutter the tab. They also took out the ability to "watch" a pokemon since that was based on distance as well. Sightings doesn't appear to sort pokemon in any particular order, at least not alphabetically or numerically based on pokedex number. (For example mine currently shows Drowzee #96, Weedle #13, Ratata #19, Pidgey #16 etc.)

It also seems to update more frequently and accurately, every 15 seconds. Previously with the nearby system I would have to force close the app and reopen it to load a new nearby list (Personally I don't think it was properly removing pokemon from the list if they despawned). The new sightings system removes pokemon that are no longer currently in the area. This combined with the fact that there are no more duplicate listings, means the tab is less cluttered and more reliably showing what is actually around you.

2
Difference between old Nearby and new Sightings?
37
How can I find Pokemon using the "sightings" feature?
6
How does the nearby tab work in Pokemon Go (after 2nd update)?

6
How does the nearby tab work in Pokemon Go (after 2nd update)?
37
How can I find Pokemon using the "sightings" feature?
34
How does the new catch bonus work in Pokémon Go?
10
How are defending Pokémon's CP adjusted?
3
Are small towns more likely to not have nearby pokemon at pokemon stops?
5
Could the new Nearby feature actually hide rarer Pokémon from Sightings?
4
What determines what is Sighted versus Nearby?
10
What do the new berries in Pokémon Go do?
9
How quickly does a Pokémon lose motivation?
10
What advantages or differences do lucky Pokémon have?