Whenever a game with user generated content is released, there is usually a bunch of inappropriate and or puerile content along with the actually reasonable content. No Mans Sky is probably not going to be any different, as indicated by the below comic. 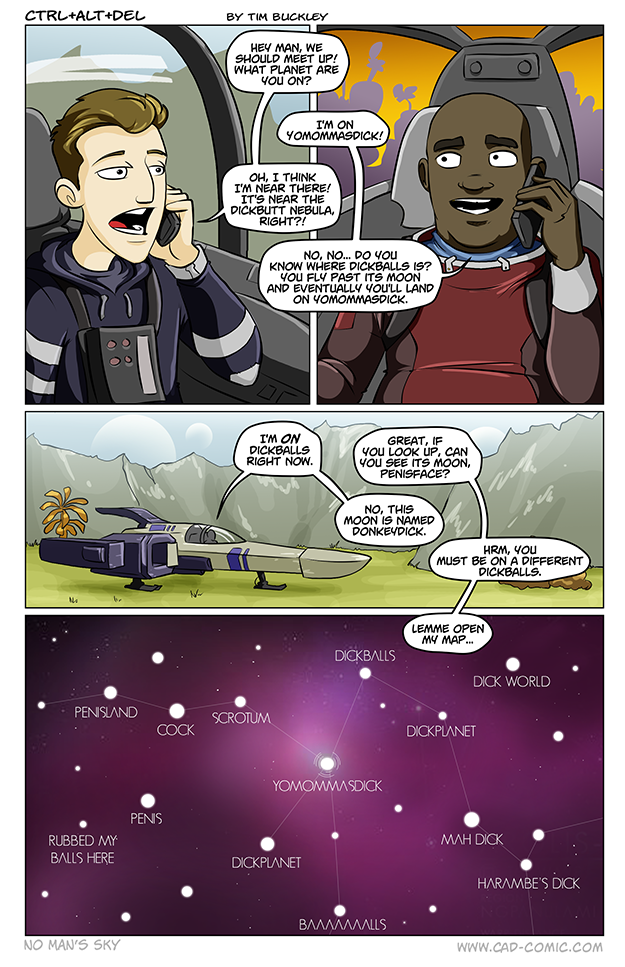 Does the game have any prevention or mitigation against people naming planets things like in the above comic?

For instance, IGN's Brian Altano was unable to name an animal "Goatbag", a rather innocuous phrase:

This is presumably because it contains the term "tbag".

Also, Kotaku has reported on other banned words:

Uploading discoveries gives you the option to rename stuff. Some words, like 'Dicks' and 'Hitler' are thankfully banned, but words like 'Ass' are not. Whatever you name something, every single other person who finds that animal will have to be stuck with it...

However, like "ass", some other potentially objectionable words are not banned, as noted in Vice:

The animals that don't hurt you don't care about you, and those that do take an interest mostly want to kill you. (One such nasty gets renamed and uploaded as "Crabby Douche," on account of it pestering me constantly with its oversize claws...

There is a feature where you can "Report this discovery as offensive or inappropriate". In the screenshot below the player SkidsInMePulsar named a planet "Obuschi Avenks"; I have the option to report that. 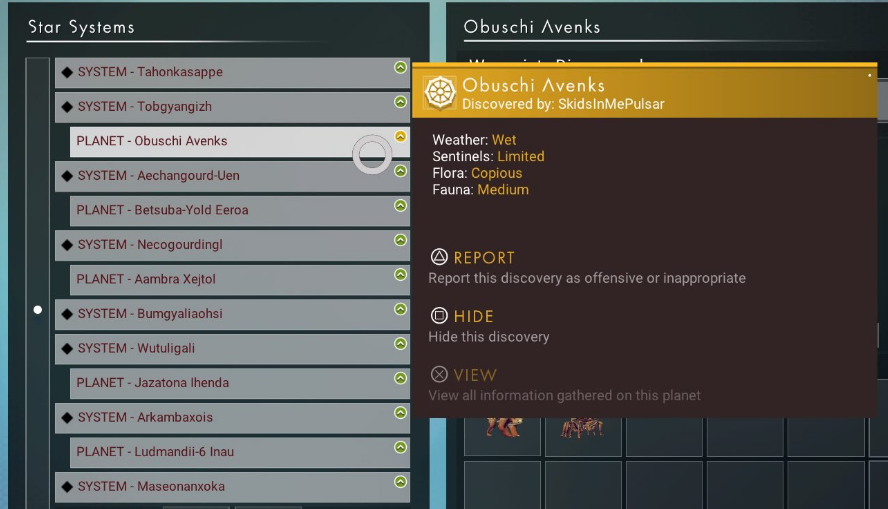 4
How are No Man Sky Expedition initial appearance/equipment randomized?