How to fix discolored logs in Skyrim?

Recently, I have begun to mod Skyrim. It can be quite fun and make one's game significantly better, but at the same time, sometimes there are issues. The following screenshot was taken in "The Bannered Mare" in Whiterun: 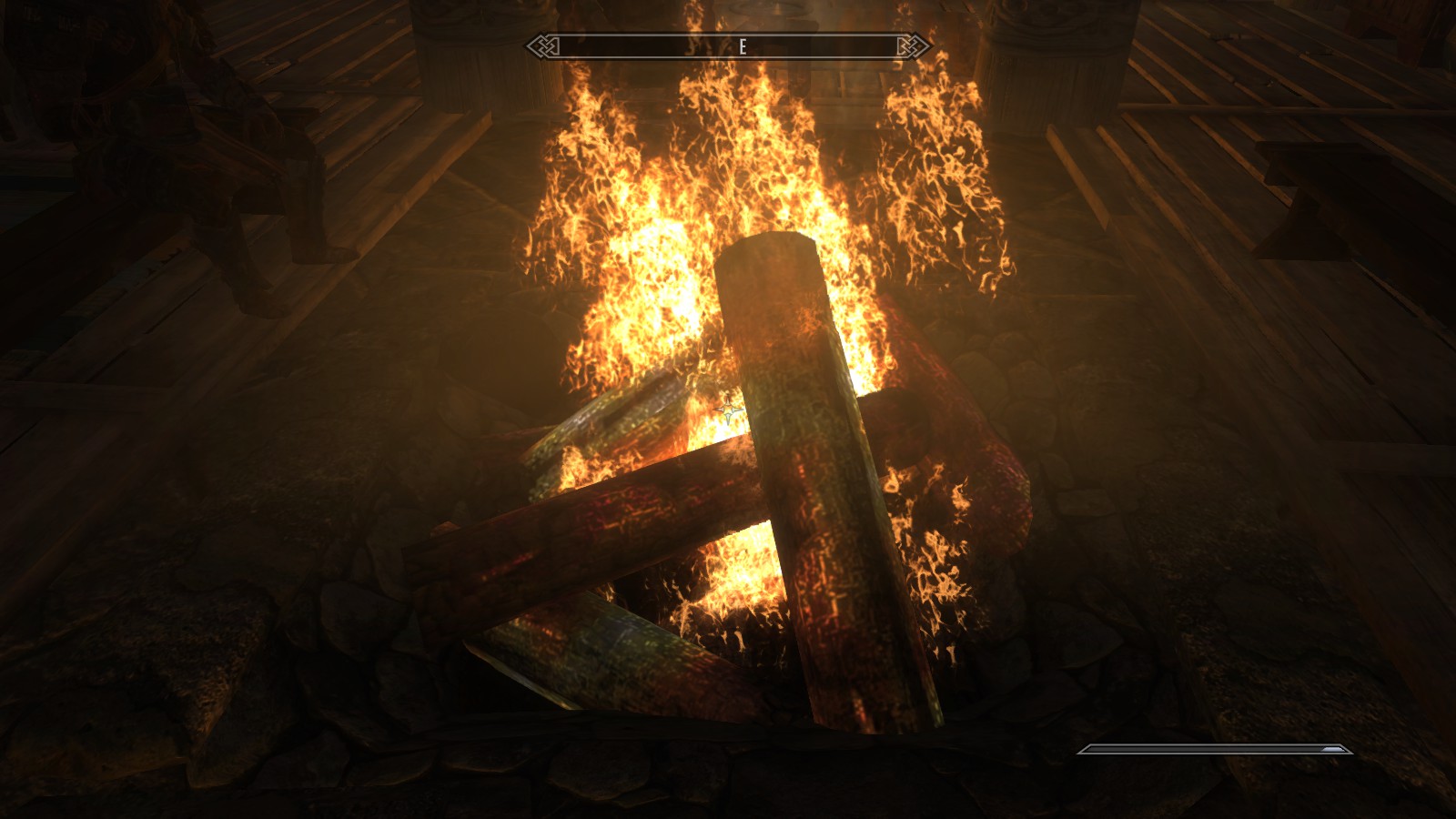 As you can most likely see, the logs are discolored. This is not a game-breaking issue, though it is quite annoying. I have searched the Internet for fixes, and have thus far come across no fixes other than one which does ameliorate the issue; the location of which is:

-I have also seen this issue in civil war camps, which I assume is because it uses the same "campfire" asset.

-I have done the necessary cleaning with TES5Edit, it did not resolve the issue nor did it create it (the issue was present before I cleaned).

-Based on several Google searches, I believed the issue to be associated with the High Resolution Texture Pack, though removing it did not resolve the issue

I would appreciate any advice as to how to resolve this issue. I would like to refrain from anything that removes the all mods I have, but if it is 100% necessary I may just ignore the issue (because it is not game breaking), though it is quite annoying.

Firstly, I would like to explain that I have followed the advice given to me by those who replied which sadly, did not work. I also tried using the "Verify integrity of game cache" feature on Steam which also ended in failure. I am going to try and get a clean game (by deleting my current Skyrim files and re-installing.) Hopefully, that will work, and if it does I can just re-install my mods later. Thank you to those who replied to my question, I am grateful for your help.

Delete the mods that have textures. They might've affected the textures of the logs. If that doesn't work, you might need to delete other mods that might affect this.

The fire and chopping wood block fix which you have linked to is the same that is fixed by this mod. (At least that's what I used, basically on the day it came out). However, that fix is for what you can see in the following image - caused by the HighResTexturePacks. I don't believe the image you post is the same problem. 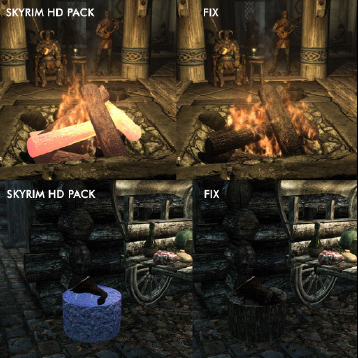 I also vaguely remember seeing that green/yellow crap on the logs - but in any case I looked for better fire-pit textures in general. Any of them should get your fires looking better as long as it loads after anything else which messes with fire textures (ie: load it last) - but this is the one I used. 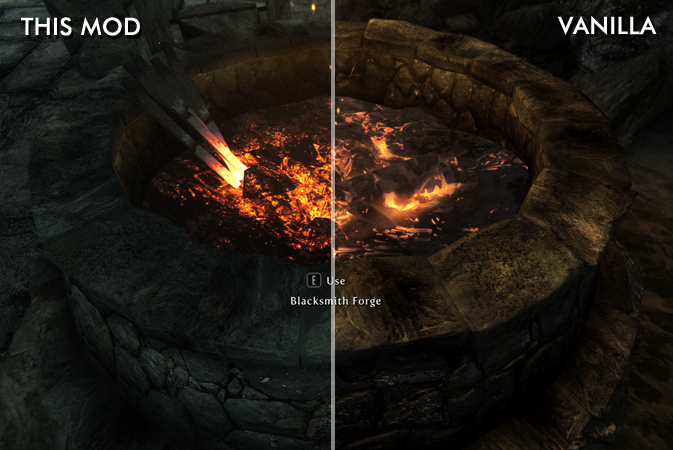 Of course, maybe you don't want to continually load up on mods to fix the issues of other mods and you'd rather eliminate the culprit to begin with. In that case, you should follow the advice (given in comments) to search for which mod is causing the problem. You have a lot of FX mods in your list, and I would try disabling the majority of those as a first place to start.

Well, resetting Skyrim's files seemed to solve the issue. All my mods have be re-installed and they seem to be working nicely. I have no idea what caused the problem considering all my old mods are working as they are supposed to. For anyone else who needs to fix this: remember to backup your files before resetting. Thank you all for responding to my question!

6
Why does Skyrim keep wanting to install?
6
Skyrim, Fallout 3 and New Vegas: major mouse issues
5
How do I escape from the mode of giving follower commands?
3
Skyrim randomly closed
4
Limit Skyrim Special Edition FPS to 60
0
Skyrim SE Frostfall + Campfire Problem
2
Skyrim SE crashing when not connected to External Monitor
4
In Skyrim, what is the third official High Res Texture Pack module for?