How can I get a wired 'Afterglow' Xbox 360 controller to work on PC?

Regular Xbox 360 controllers seem to get picked up by Windows normally and work just fine, the drivers install and there's nothing that I need to configure in Steam or anywhere else, they 'just work'.

However, the 'Afterglow' controller doesn't work for some reason. This is a third-party branded controller but it is a fairly reputable brand. When I plug it in, the 'glow' colour flashes on briefly, but after that nothing happens. It does not appear in the 'Game Controllers' menu: 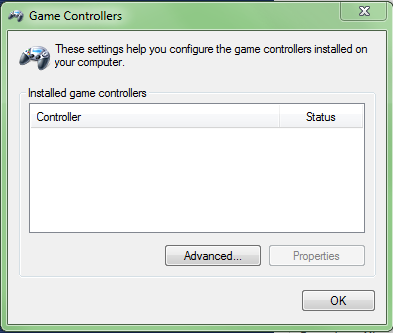 Nor does any game respond to any input whatsoever.

I can see the device in Devices & Printers, however it shows up as an 'Unspecified Device': 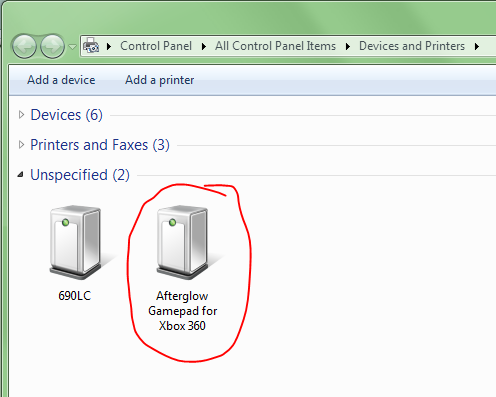 Right-Clicking and selecting 'Troubleshoot' runs the troubleshooter, which attempts to install the drivers for the device, unfortunately this ultimately fails because no such driver exists for 'Afterglow Gamepad for Xbox 360': 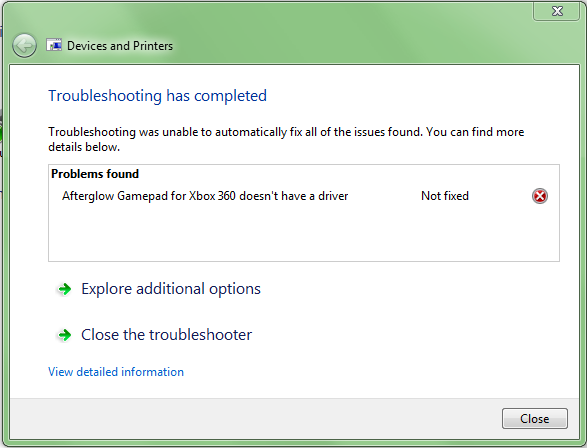 What can I do? Is there any way I can get this controller to work like a regular Xbox 360 controller?

Firstly, you might need to install the Xbox 360 Controller software for Windows first. According to a few reports this has solved a few people's issues, however, this was not the case for me.

The problem is that the device is reporting itself as an 'Afterglow Gamepad for Xbox 360', instead of a regular 'Xbox 360 Controller', meaning that Windows isn't automatically picking up the correct driver. Luckily, we can select it manually.

Now if you go back to Device Manager, you will note that your Afterglow device is now under the 'Common Controller for Windows' heading instead of the 'Other devices' heading. 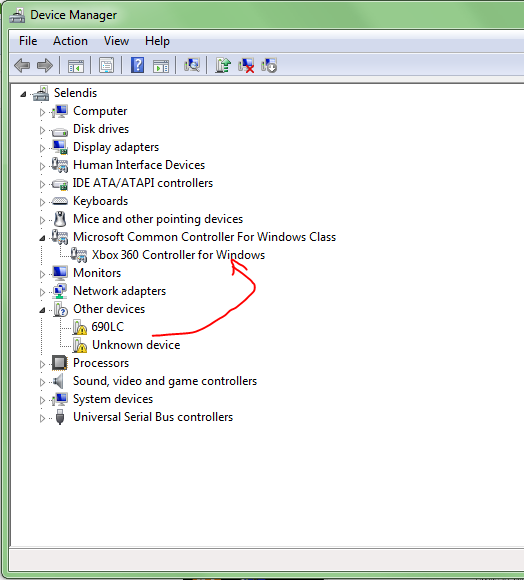 The controller should now appear in 'Game Controllers' and can be calibrated & used normally: 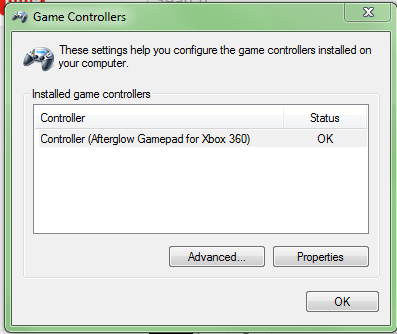 Not the answer you're looking for? Browse other questions tagged technical-issues pc controllers windows or ask your own question.