Can't get into the Aurora after update. Do I need to start a new save?

The new PRAWN update is out and it recommended that I start a new game, but I'm pretty built up on resources and don't want to do that. So I tried to see if I could work with the already saved one, but it seems there's no way to enter the Aurora now, as the little gap on the side is gone (or hidden below sand but I really doubt that). Also, I can't seem to find an entrance through the broken end where you're supposed to enter in the first place. I even watched videos of people getting in and I don't seem to find the places they do. Do I really have to ditch my saved game?

Going to transfer my comment as an answer, since the exact same thing happened in a previous update when I attempted to upgrade an old save game.

Basically the devs have said that the game map has changed considerably in certain areas, and they recommend (as always) starting a new game after a major update. This is the message you get when attempting to load an old game: 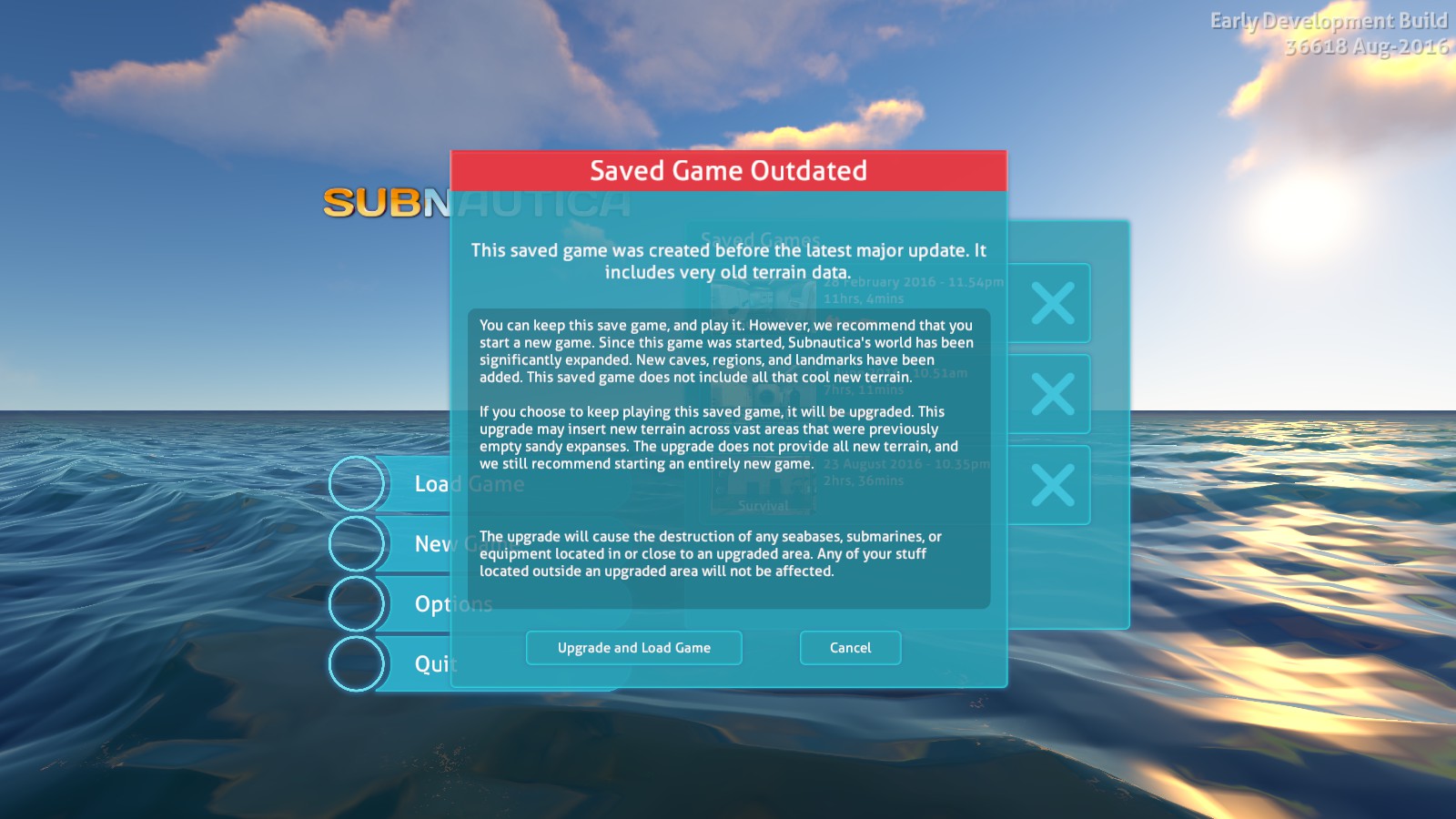 They highly recommend starting a new game, so troubleshooting an old one is futile. I guarantee if you asked them (or on the forums) for assistance, you will just be told to start a new game. I've gone through this frustration several times over now, but each time it was worth it to see the new content.

In short, yes you have to ditch your old save game.

If you have ever been in before, go to the spot where you remember it being and there is a small crack between sand. You'll need the terra former to get in now.

Not the answer you're looking for? Browse other questions tagged subnautica .