Is there a difference between "summon" and "resummon"?

I was just confused when playing against the Curator. He played 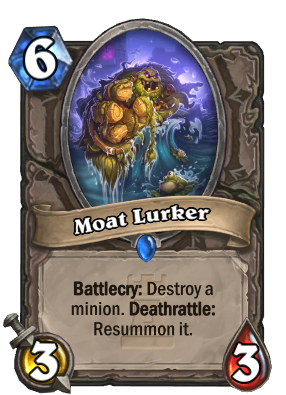 which he used to destroy one of my minions. After Moat Lurker died my minion was resummoned on my side of the board. I expected it to be resummoned on his side.

There are cards which lets you summon minions for your opponent (e.g. Leeroy, The Beast, Hungry Dragon, etc.). But if the card text reads "summon" without "for your opponent" it was always meant that you summon it on your side as far as I know.

So, obviously Moat Lurker summons the minion on that side where he destroyed it. In my opinion this is quite inconsistent to the behavior of 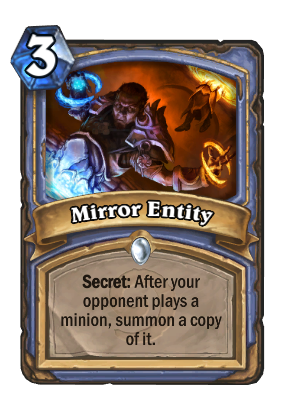 which summons the minion on the players side of the board who played the secret. I am sure I could find some more examples of seeming inconsistencies, if I searched for them.

The only difference which could explain the different behavior to me are the words "summon" and "resummon".

The question: What is the rule here?

Imo, in this case the "it" part of the description is important.

Usually the descriptions are like "summon a copy of the minion", or "summon a minion for the oponent".

In this case it sais "resummon IT". The one that died. That minion was on your opponent side and since is the same minion it remained there (is not a copy, it is the exact same minion). So the description looks accurate to me.

What I would like to test is what happens if the specific minion was buffed. Will it be resummoned with the buffs (I'm guessing not, but since it is the same... maybe)?

summon a COPY of "it"

The key is the copy for mirror entity. Else the minion sticks to it's owner. Moat lurker on death will resummon the minion back to whoever owned it. So you can do it to your side as well (as a kind of heal, trade avoidance).

So to reiterate, the minion is very much tied to its owner.

17
What is the difference between armor and health?
27
Hearthstone opening strategies: why waste mana?
8
Is there a correlation between my collection and the arena cards?
6
Card Rarity Ratios between Expert and Goblins Versus Gnomes Packs
14
What happens if Baron Rivendare and Dreadsteed die at the same time?
19
Is a 9 or 10 cost minion hit by Freezing Trap unplayable?
3
What is the difference between standard and wild?
11
Why does Steward of Darkshire not buff a Silver Hand Recruit if I have Sword of Justice?