Counterfeit NES/SNES Games-how to know if it's fake?

The other day, i plugged in a copy of Mortal Kombat 3, and the console I was using was one of the new dual consoles(nes+snes games). I got a message at the start that said something about pirated games. How can I know if I bought say Earthbound at a Vintage Stock or Ebay is going to be authentic? Some of these older games are fairly expensive.

There are a couple of tell-tale signs which actually seem common for just about all Nintendo, cartridge-based systems. Look for these qualities when attempting to identify counterfeit cartridges.

If you are in the market for a really valuable cartridge or if the game happens to be super-hot and easy to sell at the moment, then you may want to take the next step to verify the legitimacy of the cartridge.

First, if you know of a super-reputable store online that has a great return policy, you can trust them. They know which games are rare and if they have a great reputation, then they know that they HAVE to do this checking themselves. Otherwise, they will get bad rep for selling bootlegs. You will still want to verify the cartridge with these steps but it helps to have a way to back out, assuming you buy a cartridge and find out it's a fake.

If you can't buy it through a reputable dealer then be sure to see the game in person and check out the game with your own eyes and hands before making a purchase.

The first thing you will need to do is purchase a cartridge screwdriver set like this one. These are used to open up Nintendo hardware since they use special screws on their games. Open the cartridge and look for the following signs of legitimacy.

For this list of items to search for, I'll be using Paperboy as an example. I'll be referencing the annotated points on these images: 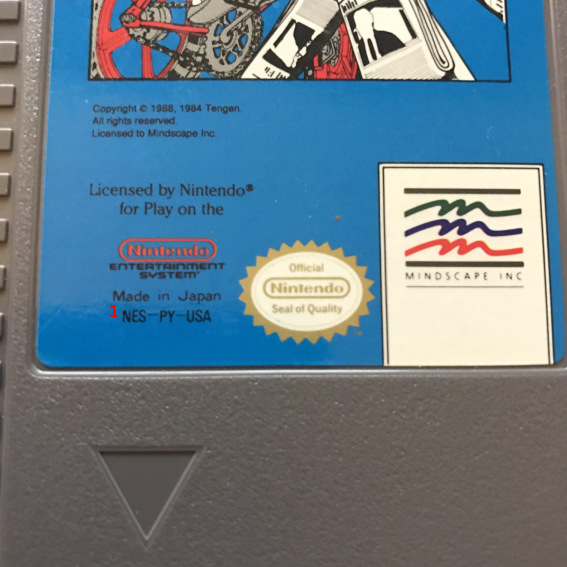 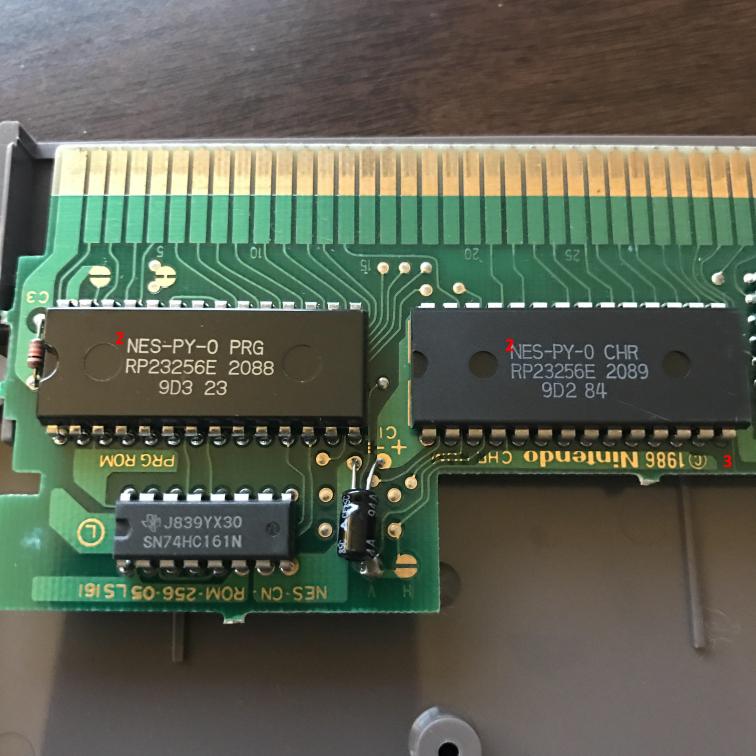 Believe it or not, counterfeiting of games has been going on for a long time and with many games crossing the $1,000 threshold, counterfeiting is becoming more and more common. If you can follow my checklist, you're doing better than 99.9% of most collectors and shouldn't have any trouble.

Of course, if you ever get into any serious collecting, it's worth joining a community and following what people find. The counterfeiters are still getting better even though some of these games are getting to be over 25 years old. They will find a way to make them look as legit as possible, and won't stop improving their methods, so long as people keep collecting and shelling out loads of money for rare cartridge games.

As a Famicom collector with 185 games, 51 Sufami games and a handful of Famicom disk games, I have never once doubted the validity of the games I am buying- because I've never thought of it (probably because I do all my buying in person and not online). Most counterfeit games I have seen are of the multi-cart style, where you might get 40 games in one, and then it's really easy to tell they are fake.

But, for things that might be counterfeited, I can only suggest comparing what you see for sale online with images of the same game available elsewhere. Unfortunately Sufami and most NES games use a standardized cart design and color, but if you were buying Famicom games one of the giveaways would be the cart color itself. There is a thread on reddit that points out to basically compare with other images online, and get high-res images of the back of the cart as well to check on the validity- number of screws, type of screws, warning label. A big give away could just be wear-and-tear- if the game is OOB and looks perfect, that would be a red flag.

The only retro games I own where I doubt their validity are games on magnetic disc, like the aforementioned Famicom disks and older floppy disks (IE used on Commodore 64 / Amiga) as you can re-write that data pretty easily.

Just last night I received a copy of a SNES game that was a fake/reproduction that I bought off EBay.

How did I discern that?

Not the answer you're looking for? Browse other questions tagged snes nes or ask your own question.

24
Plugging SNES into a new-ish LCD TV
6
Save States for older game consoles?
1
Are SNES PAL games before 1993 region locked?
2
No picture or sound from SNES, newer-ish tv?
1
NES has trouble reading games due to minor damage
7
Problem playing NES games on an Emulator
5
Is there in-game differences between 3 and 5 screws NES games?
3
How can I tell if my SNES games are fake?
4
SNES acting weird
28
Why do older generations games have a common look and feel by console?