a friend and I usually play Minecraft together on LAN worlds. Everything works perfectly if we direct connect by typing in the local IP address as well as the port. This is okay usually, since when you open a LAN world a message pops up that tells you the port. We tell each other the port and direct connect using the IP and port. The games do not show up in the multiplayer screen under Scanning for games on your local network

I have added Minecraft and JavaApplicationStub to allow incoming connections in my Mac firewall.

It is annoying to have to type in the IP and port every time we want to play. Also, we are trying a new mod and when we open the world to LAN, there is no message that tells the port. Is there a way I can get these games to appear when scanning for multiplayer games? We are both on Mac OS X.

So I've done some testing on my side on a Windows machine, and this should be the same on all systems from what I've seen online. 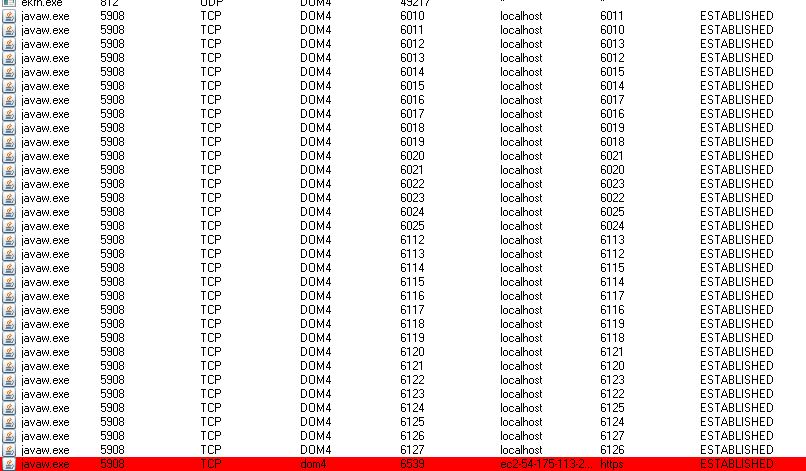 From my personal PC, Java opens and connects with 6010-6127 onto a process locally. (Most likely this is to the Minecraft Process, except the red one which is Amazon's cloud services) When I click into the Multiplayer tab, we get four new connections, but two of them (UDP 4445) are left open: 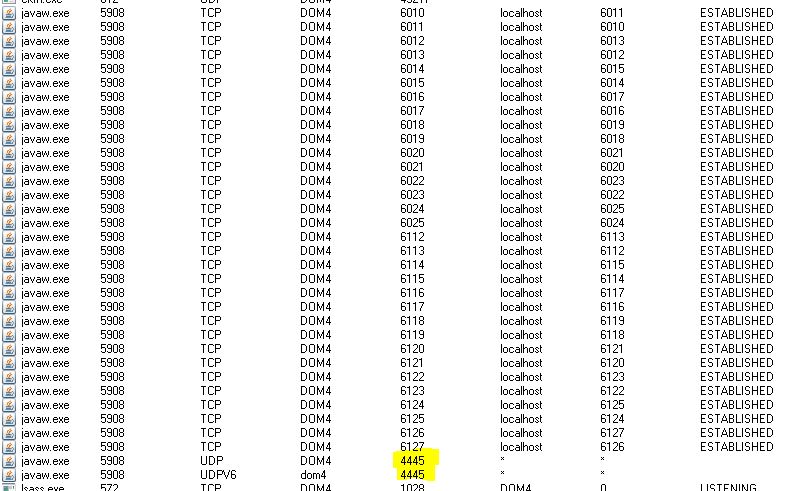 I've tested this on the other PC, with the same outcome. four new connections, two of them matches the port that the game reports (60xx), and the other two are UDP 4445 left unconnected.

On searching about this, I've found a post from 2012 about a plugin author making an app to make local worlds announce themselves as LAN worlds using the same UDP 4445 "Announce" port. I would have to believe that this port (UDP 4445) is the one that is being blocked from allowing the game to announce it self as a "open server" locally.

I have gotten this problem before, and it's very easy to work around.

You should be able to open a world to LAN using Options and have your friend join the game through the select-game menu.

To join it: Title Screen - Multiplayer - Your World!

You just write localhost in Direct Connect and it connects to the ip and port automatically.

On that dialog, click "Allow an app through firewall"

On that dialog, find the entries for "Java(TM) Platform SE binary". There are many, I presume for all the historical versions of Java that have been installed in the past.

Click the 'change settings' button to enable the controls, and then for every "Java" entry, I checked both the 'public' and 'private' checkboxes. I have no idea what I'm doing, but that made minecraft work. No reboots or restarts were required.

2
Minecraft 1.8.8 fails when connecting via Direct Connect
6
Minecraft lan server not working 1.9
1
Can't Connect to Minecraft Server but can Connect to LAN
3
Minecraft server running, port open in nmap, but connection refused from outside the LAN
1
Minecraft 1.9.4 LAN not working anymore