How does ranking work?

How does ranking work? I have played Overwatch a lot i'm but new to Competitive Overwatch, currently im ranked 4,000, is being rank 100 good or being 5,000 good?

Now, rankings are on a scale of 1-5000, allowing for greater representation of skill level. The higher the number, the greater a players represented skill level. Additionally, wins and losses contribute whole number points. Players are rewarded "Icons" on their profile (placed instead of their profile number-ranking during ranked games), after reaching intervals on the 1-5000 scale. Once these rankings have been achieved, your number can drop below the ranking threshold, but you will still retain the same "Rank". A scale can be seen here: 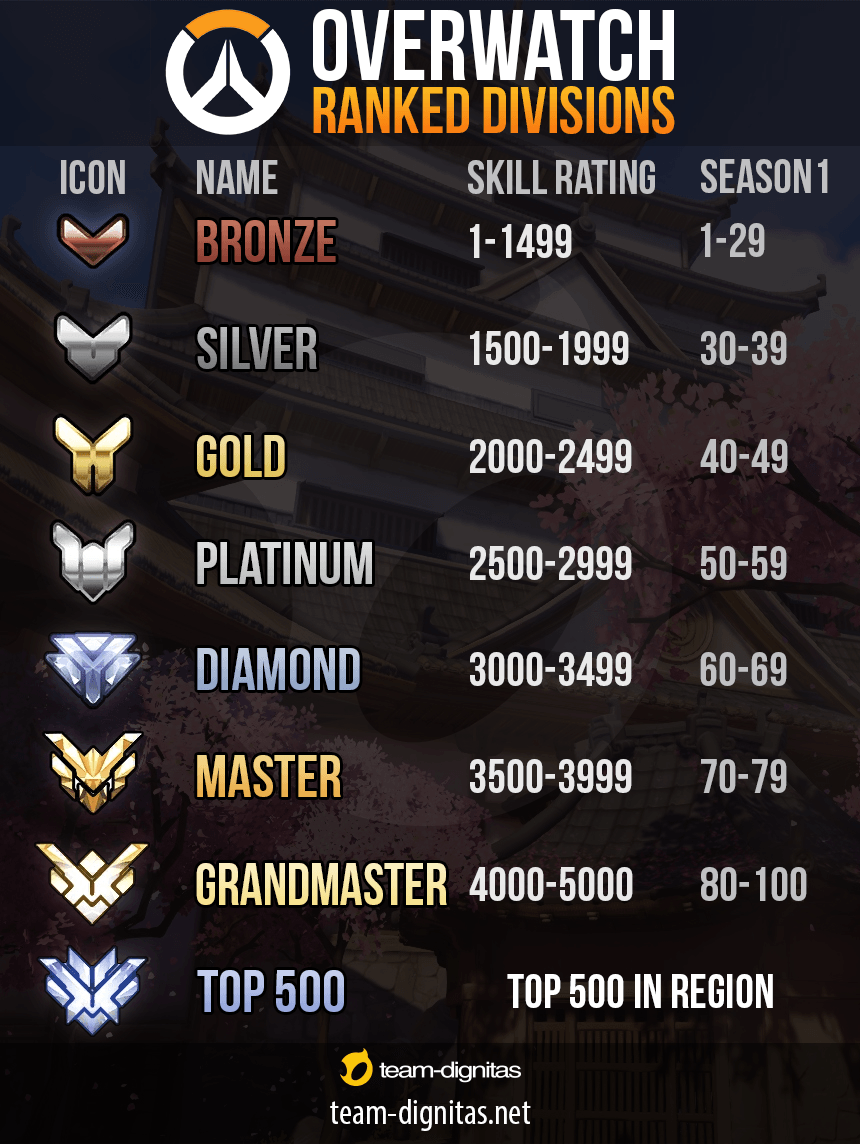 16
How do you become friends with someone?
2
Is the Competitive game mode entirely disabled during the offseason in Overwatch?
12
Stars under Player Ranks?
13
Is it true that you get a better ranking while playing offensive characters than while playing support characters during placements?
4
Fastest Way to Charge Zarya's Ultimate
2
Grouping during competitive placement matches
1
How does Genji's Swift Strike work?
4
Mercy's strange vertical boost - how does it work?
2
In Overwatch, does falloff damage happen because bullets deteriorate or just spread?
4
What are all of the competitive arcade modes in Overwatch?