When a Pokémon rewards multiple EVs, which one comes first?

If I have a Pokémon that is currently at 509 EVs and I beat an Ivysaur (which grants 1 AtSpe EV and 1 DefSpe EV), which EV will I earn ? (Considering AtSpe and DefSpe aren't yet at 255)

What actual rule decides which one I earn ?

Note : if this mechanism changed, please tell me what it was in the 3rd gen, because that's the gen I'm currently working on.

In order to answer this question, I've conducted a little experiment using my trusty emulator, a Pokemon Sapphire ROM, and some Gameshark action replay V2 codes. For more information about how to use these codes, read this document over at GameFAQs.

The experiment is set up as follows. Suppose we have a level 99 Mew with a neutral nature and 100 EVs in each statistic except for HP. To get these EVs I used vitamins: Carbos, Calcium, Zinc, and so on, which give 10 EVs in their respective stat up to 100. It looks as follows in the gameboy: 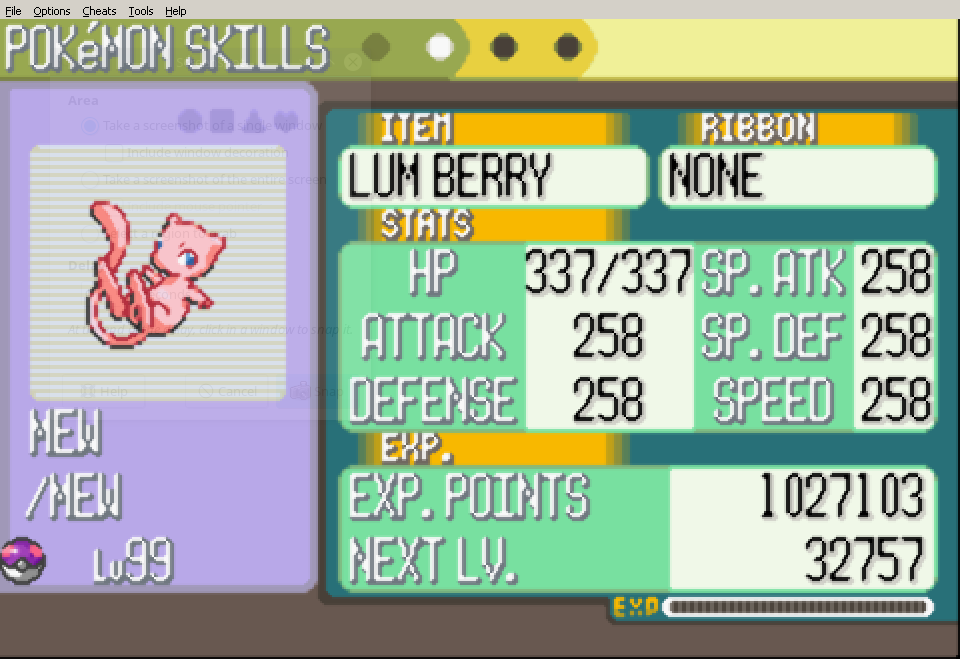 Next, we use the same action replay wild pokemon modifier codes to change the wild pokemon to the following species:

Then we conduct three experiments.

As you would expect, the results of experiment (1) are that we get a mew with 341 HP and 261 in all other stats. However, experiment (2) and (3) have differing results. See the below two images: 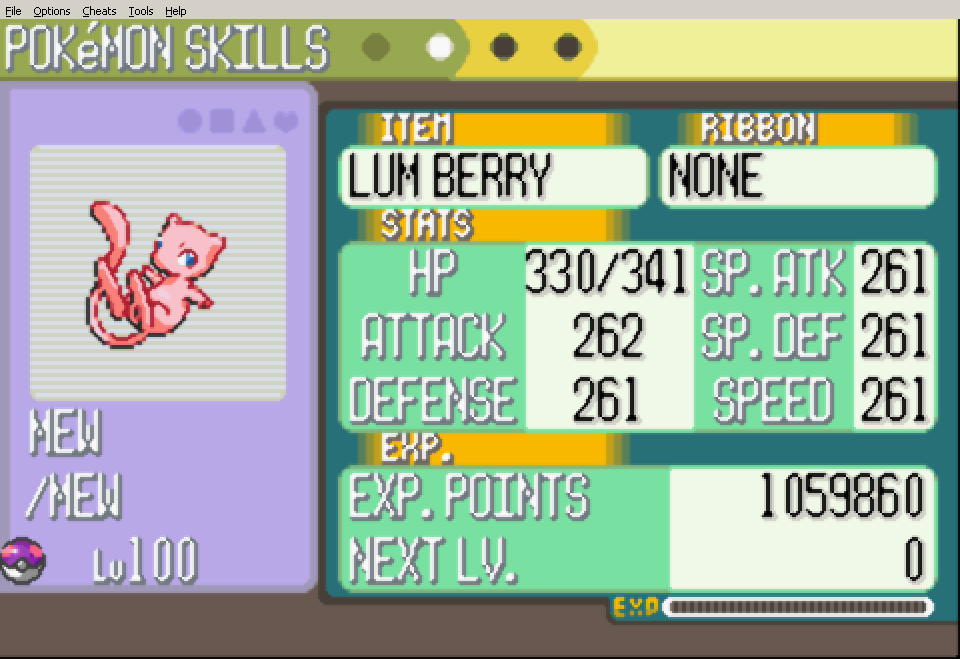 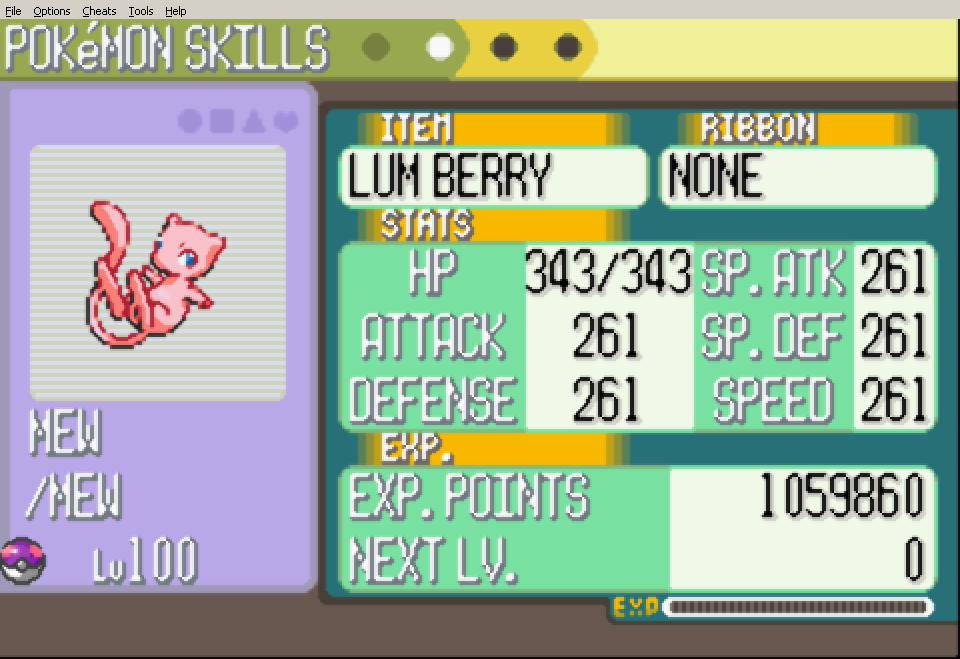 As you can see, before fighting the Muk, the mew would have the following EVs in each experiment:

Since Mew only gained 1 attack over the baseline, the EV can be no higher than 107. It can also be no lower than 107, since 7 machops were fought while Mew's Total EV count was below 510. Hence it is 107.

or, Version B (order in the game's memory code):

In order to find out which one is correct, we do another experiment, conducted like the last one, in which we fight:

The result is this mew: 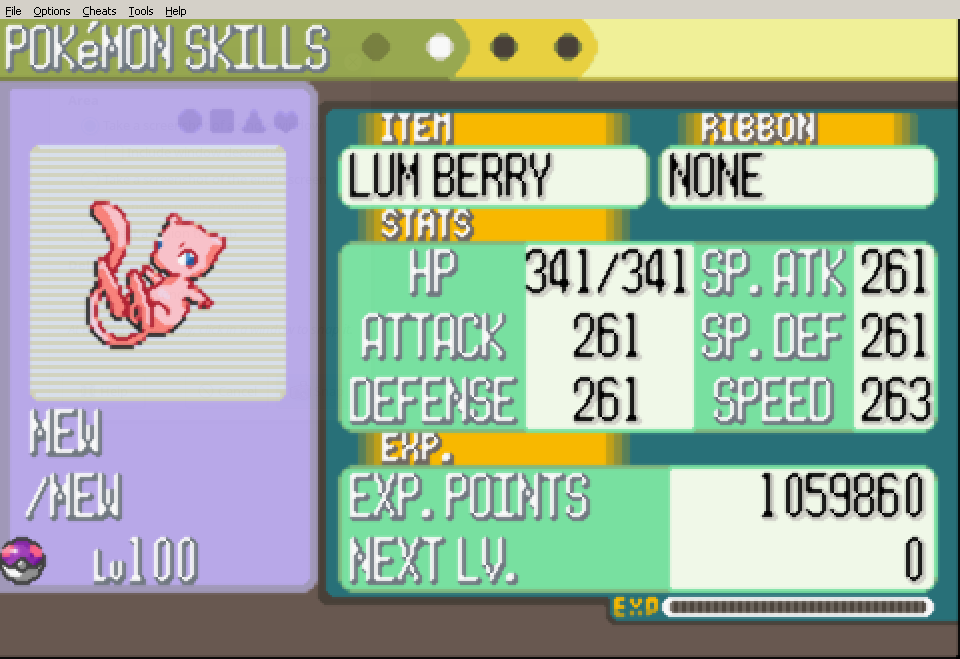 Here, it's not necessary to do the reverse experiment, as we already proved with the HP/ATK experiment that the final EVs do get applied. (You can talk to the 'rating guy' after fighting the Muk, in both cases he will tell you your pokemon has full EVs).

As you can see, it gained 2 speed over the baseline mew. Thus, the order must be:

You may do further experiments to solidify this claim as per the procedure above (as I only actually proved HP > Attack and Speed > Sp. Def).

Not the answer you're looking for? Browse other questions tagged pokemon-series pokemon-third-generation or ask your own question.

5
Do any Pokémon lose the ability to learn a HM when they evolve?
4
What's the optimal strategy for the first Pokémon battle?
2
Which one is better? King's Rock or Razor Fang?
5
Which in-game events are unlockable by bringing a specific Pokémon?
4
What can I play first-gen Pokémon games on?
0
Which Pokémon cry out their name, and which don't?
5
Are there any Pokémon that lose overall base stats when they evolve?
2
Which Pokemon weigh less or the same when they evolve?
3
Can more than one Pokémon get Pokérus after encountering a Pokérus-infected wild Pokémon?