How to clear this jump in Egypt - Obelisk of Khamoon

How do you clear the below jump in the Tomb Raider Anniversary level Egypt - Obelisk of Khamoon?

A visual tutorial on tomb-raider-anniversary.com implies that you should just jump straight at the ledge, but I've tried it about 50 times with no luck.

What happens is that she stretches one arm out, and appears to be reaching for the long platform on the left, but hits the protruding edge on the right with her body, falls straight down and dies.

I also tried different timings with Lara's movement before she jumps. None seem to have any positive effect. 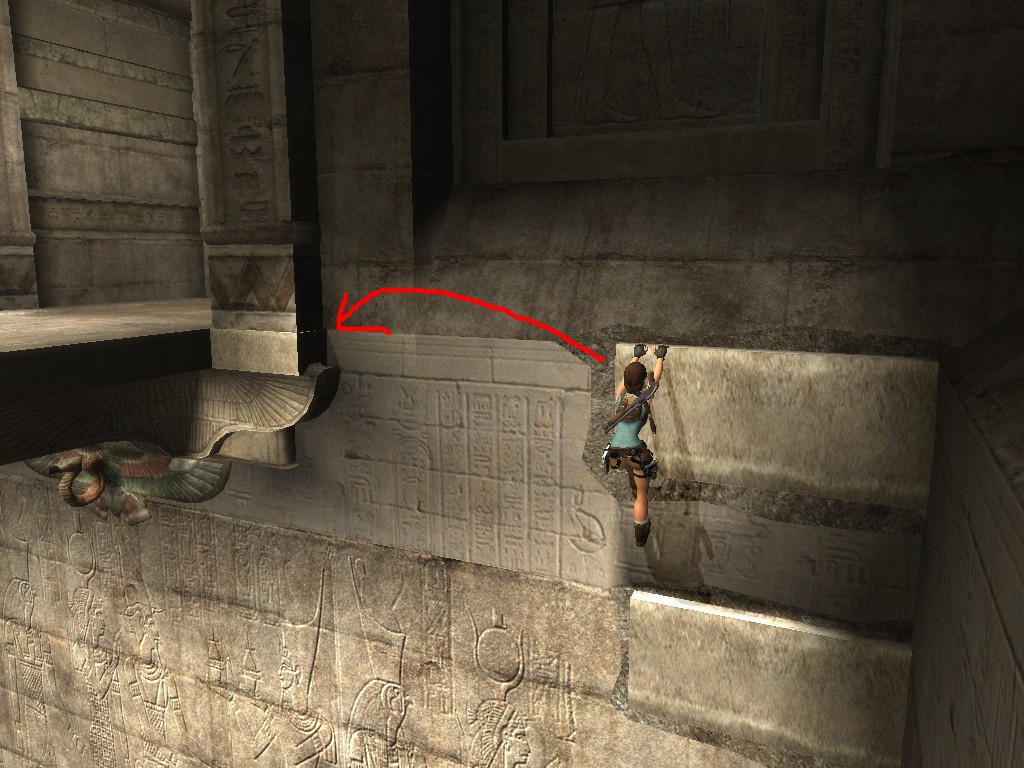 It appears there are a number of people who encountered the same issue.

After a bit of tweaking with the screen resolution, I was able to make the jump.

Worked for me this option (PC version), found in a Forum discussing Ledge Bug in "Oblesik of Khamoon" where Lara keeps falling down colliding a left side corner as in above Picture of Tomb Raider-Anniversary. To resolve it you need to enable V-Sync, How to enable is this ------> From Steam game library click play, don't choose first top option of play game yet, choose other option of game Tomb raider: Anniversary setup, click play now, it will open a setup window, where in bottom 6 checkbox options are Clickable, one of them is "Enbale V-Sync" Click / check yes, this box. then start playing game. Damn corner where i fell down about 40 times.

I had same problem when I enabled v-sync in steam setup options before you start the game. It did work for me when I played without v-sync checked.

Not the answer you're looking for? Browse other questions tagged tomb-raider-anniversary or ask your own question.

1
How can I tell which difficulty I'm playing?