I'm noticing in Marvel Heroes that a lot of upper-tier recipes and materials from the Raid Token Vendor Hogun and from the G.L.F. Quartermaster Madison Jeffries use Hero's Commendations and Protector's Commendations as their currency.

I don't have many of either and I imagine that in order to become competitive, I need to start farming these. What's the fastest way to farm these items?

Hero's Commendations and Protector's Commendations are acquired solely through raiding, daily missions, weekly missions, and certain achievements. They can be earned up to a cap of 250 each per week. The cap resets on Wednesday at 6AM EST / 3AM PST. Because of this cap, the "fastest" way to collect commendations is to reach the cap every week.

Before diving into the specifics, the basic gist is as follows:

However, raiding (particularly Musp. Red and Axis) can have gear requirements that are a bit high for someone who has yet to earn many commendations. As such, all of the following options are viable for those who are not quite raid-ready. 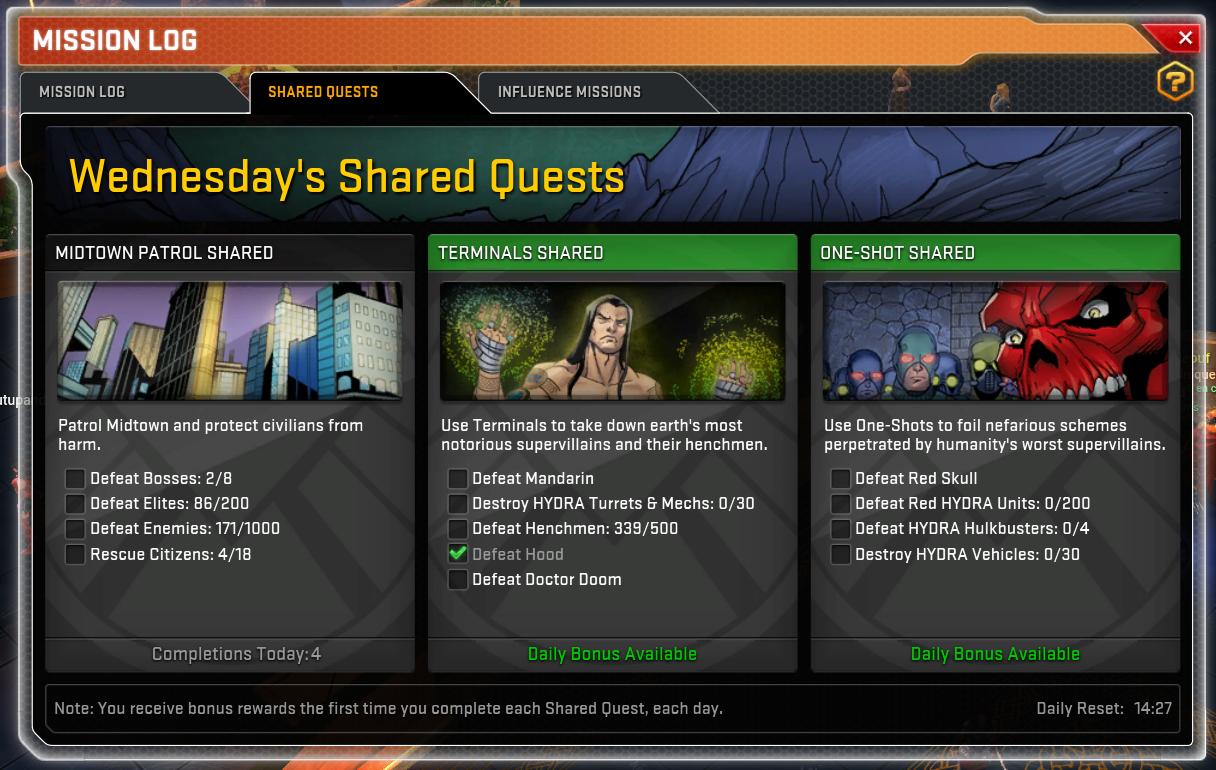 Shared Quests reward commendations for their first completion each day. The Shared Quests and their completion status (denoted by the green phrase "Daily Bonus Available") are in the "Shared Quests" tab of the Mission Log. 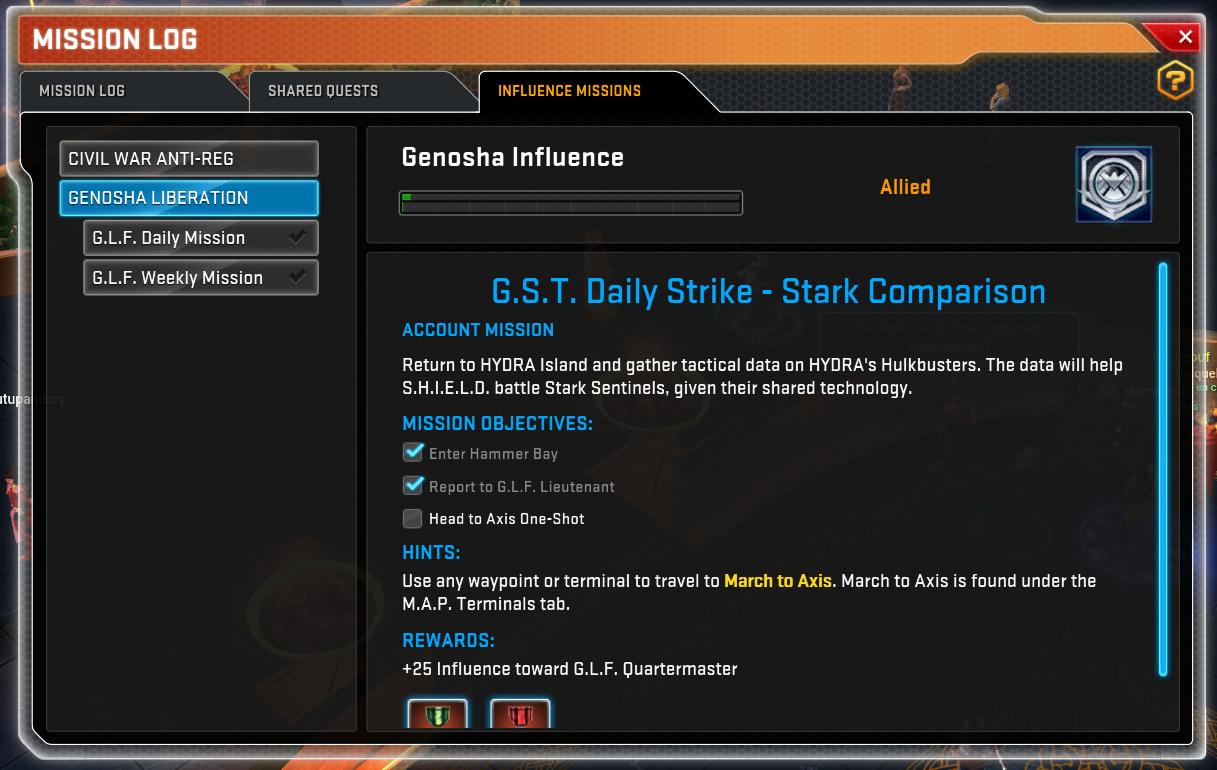 The G.L.F. faction in Hammer Bay offers missions that reward commendations. The missions and their completion status (denoted by a green check mark) are in the "Influence Missions" tab of the Mission Log under Genosha Liberation. 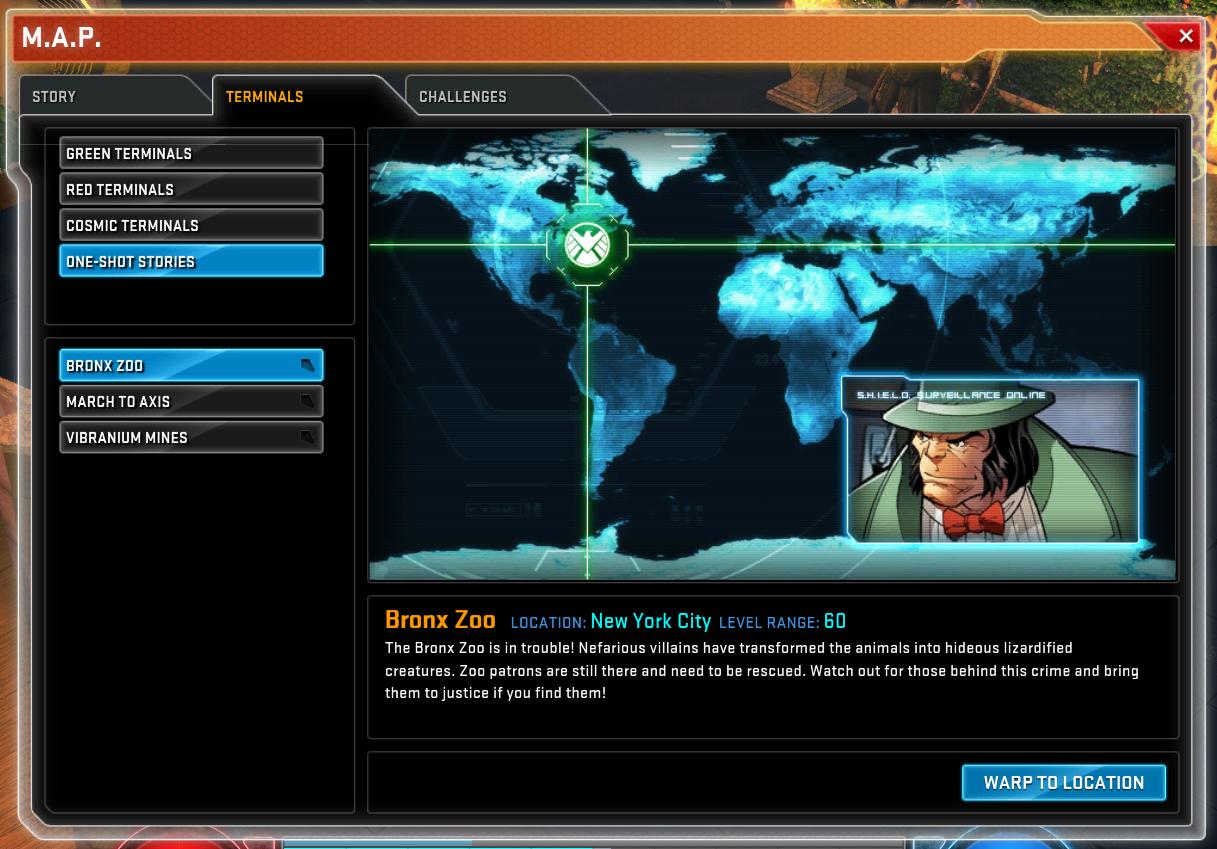 One-Shot Stories reward commendations for each completion with a bonus. The bonus is available once every 20 hours, so it's effectively a daily reward. One-Shots are also different than the other missions mentioned as you can get partial rewards for partial completion for some of them, as noted below.

It's worth noting that the tooltip for One-Shot Stories claims that the reward for completion will be a Cube Shard. This is a UI bug! The One-Shot will not grant Cube Shards at all and instead will grant commendations.

Specific achievements can grant commendations, though it's not recommended to chase these unless you are incapable of raiding and need to push towards your weekly cap. They are mostly included here for completeness.

Not the answer you're looking for? Browse other questions tagged marvel-heroes or ask your own question.