Same Pokémon have different maximum CP on the curve

I have multiple Pokémon with similar CP. However even at the same CP some Pokemon are much closer to their max on the top bar. One of my Jolteon for example has 1477cp and has 5mm more to the max CP bar (I am level 25). And I have another Jolteon at 1325cp and it is almost at its maximum with only 2mm left in the bar.

My question is, how is that determined and should I focus on making sure I evolve Pokemon with the best buffer left in the max CP curve?

Similar to the core Pokemon series, Pokemon Go has hidden IVs (individual values) that affect the three stats of your Pokemon: Attack, Defense, and Stamina. Each stat has an IV that ranges from 0-15 which increase the stat by that amount.

A Pokemon's CP is determined by these three stats, so despite the 1477cp Jolteon being a lower 'level' (less of the top bar filled) than the 1325cp Jolteon, it has higher stats (due to IVs), and thus - a higher CP.

You can use a calculator, like this one to try to get the EXACT values of your Pokemon's stats, or you could just use the in-game appraisal tool to get a fairly good idea about how your Pokemon stack up against one another (hit the menu button in the bottom-right while viewing a Pokemon, and select "appraise").

I think you misunderstand what the arc above a Pokémon means, and it's causing you some confusion.

As an example, take a look at these Pidgeot. 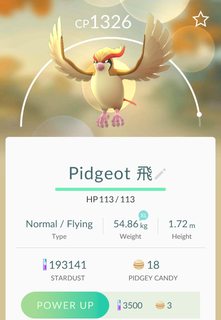 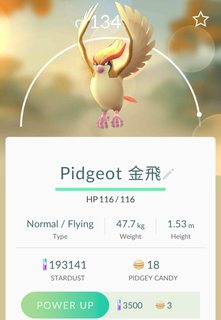 Notice that these first two both require 3500 stardust and 3 candies to power up, and that the arc meter above them is filled to the same position. Both of these Pidgeot are at the same level, so their arcs are also the same. However, since they have different Individual Values (IVs), their CP is different.

If you look at this next Pidgeot. 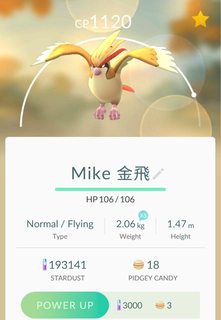 You'll notice that it only requires 3000 stardust to power up, and the arc above it is not as full. That's because this Pidgeot is at a lower level than the others.

In contrast, this level 2 Machop only requires 200 stardust to power up, and has a long way to go before it reaches max level for my trainer level. 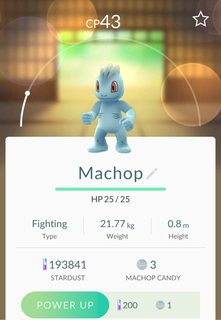 You'll notice that the arc above it is not very full, since it's at quite a low level.

So as you can see, the arc above a Pokémon only shows the level of that Pokémon. It does not directly correspond to the CP of the Pokémon, though does play a part in calculating it.

If I were to power up Mike to the same level as the other Pidgeot, it may or may not have a higher CP. Whether or not it does, depends on the IVs of the Pokémon. Keep in mind, however. Even if you power both Pokémon up to the same level, their CP will be different. This is where individual values (IVs) come into play.

So if you have a lower level Pokémon with higher CP, you can infer that the lower level Pokémon has better IVs. However, with the introduction of the in game appraisal system. There's no need to try and guess how good a Pokémon is, since your team leader tells you which Pokémon are good.

35
In Pokemon GO, what are my Pokemon's hidden IV stats, and why do they matter?
31
What does Pokémon Appraisal actually tell you in Pokémon Go?

24
What does the semi-circular bar behind a Pokemon mean?
11
How to tell Max CP?
7
Does CP multiplier roll when evolving affect the max potential of the Pokémon?
1
Is there an IV perfection 'average'? How do you know if your Pokemon is above average?
4
Do individual values (IVs) really matter at lower levels?
5
Could the new Nearby feature actually hide rarer Pokémon from Sightings?
1
Why is my Pokémon not at its max potential CP?