I made a witch farm in minecraft skyblock 1.10. However, only other mobs are spawning in the trap. What should I do to restrict the place only to witches? 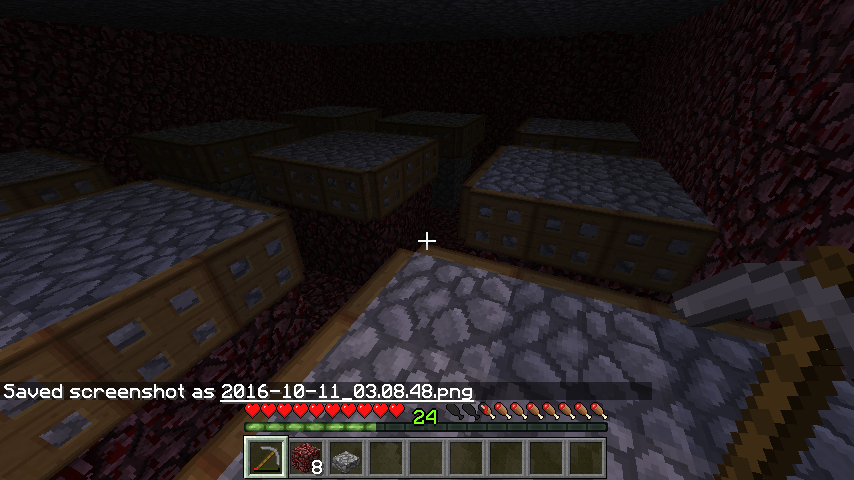 Witches can spawn anywhere in the Overworld at a light level of 7 or less, sometimes in groups of up to three.

Every witch hut spawns a witch inside during world generation. Afterwards, only witches will spawn in the 7×9×7 area that is the witch hut. This is the size of the roof and one block over the porch, from one level below the floor of the hut to two blocks above the roof.

When lightning strikes within 3–4 blocks of a villager, the villager despawns and a witch spawns in its place, giving the effect of it turning into a witch.

Your mobtrap is valid for witch-spawning just if you meet conditions for hostile mobs spawning. Then you cannot choose which mobs will spawn, all are equally (chances can vary, though) eligible (except few, like spiders or endermen, who have special conditions...).

If you want to spawn only and only witches, you need one of those things:

8
Why won't mobs spawn in my trap
5
Why isn't my Minecraft wither skeleton farm spawning any wither skeletons?
3
Help with slime farm - mobs not spawning (confirmed slime chunk)
2
No mobs are spawning in my Mob Farm (in the Mushroom Island biome)
6
Why won't iron golems spawn?
7
Can a “fight” between two witches end?
3
How to deal with witches
1
Is it possible to build a witch farm without a witch hut?