I am playing Minecraft 1.10 on a normal difficulty (unmodded) and lately I've experienced that all my monster spawners seem to be broken. They don't show the actual monster rotating inside of the cage, but something that looks like a pig, and nothing is spawned from them. This happens for spawners in dungeons as well as blaze spawners in nether fortresses. It doesn't only happen on newly discovered ones but also ones I already found and which worked properly in the past. 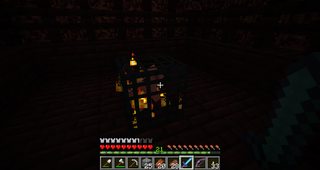 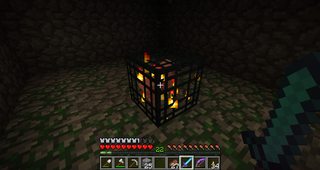 To be honest I can't pin down exactly when this happened, as I make bigger pauses in playing and haven't ventured that much into dungeons or the nether in general lately. What I can say is that it definitely worked back in 1.8 and maybe in 1.9.

Some time ago I switched back from my up-to-date (1.9 or 1.10) pure profile to an OptiFine one from 1.8.8 and used a custom texture pack. But this messed up all my armor stands (which lost all their armor) and my grass paths. This may also have messed up the spawners. However, I didn't venture into the nether when I tried that and I also successfully played this profile back during 1.8 times when those spawners still worked fine.

So, does anyone know why this happens and more importantly is there an easy way to fix it (without just going around and manually /give-replacing every spawner like I did with my lost armor)?

A pig in a mob spawner identifies it as a "player generated" spawner - i.e. one that was placed by a player in creative/using cheats. When a player places it down, it will show a pig, and not spawn any mobs[citation needed] until a mob egg is placed on it (like a skeleton/spider/zombie etc.).

Visit this answer for more information.

As for why this occurred, it could be one of many reasons:

As for fixing it, the only real solution is to either talk to your Server Admin (if applicable); try and find an old world save and restore that; or simply just start a new world.

15
How do I change a spawner's type in Minecraft?