What do I do when two squares are equally valid? 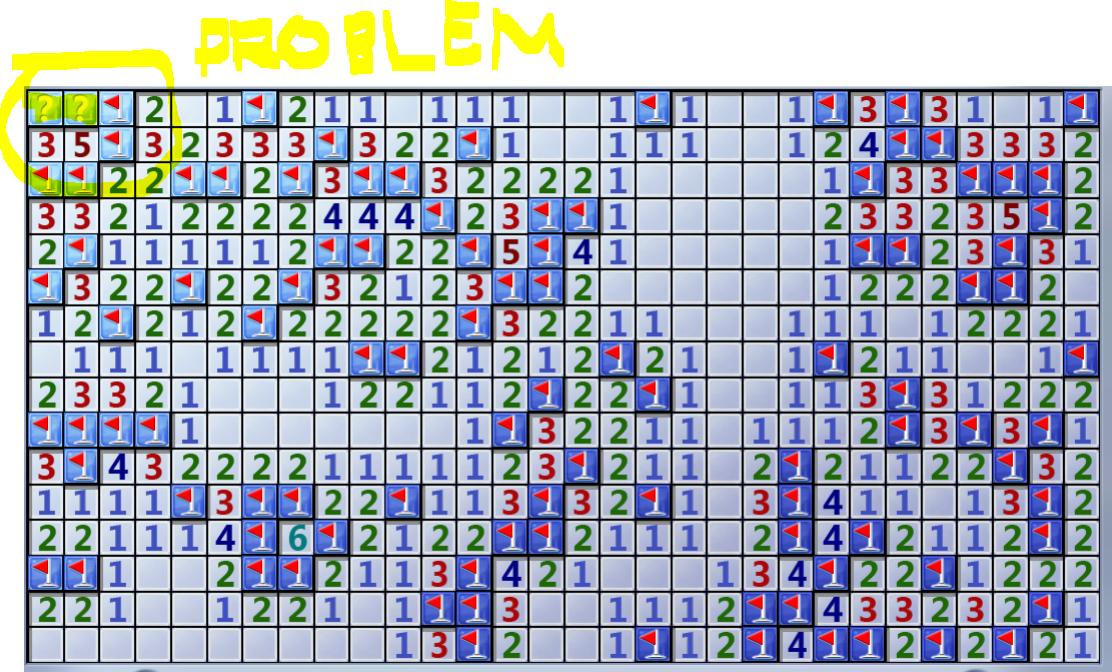 How do I figure out which square to click?

I'm afraid there's no special trick or anything to solve this situation reliably. All the available information is clearly displayed for you, and there's an equal chance of either square having the mine. Minesweeper simply isn't designed to be logically solvable 100% of the time. This is why sides and corners are somewhat dangerous, though the situation can happen in other ways, too.

All you can do is guess and hope for the best.

Either of those squares can contain a mine, as you have noted. So there is no way to determine which one.

Because the last mine left is either in the upper-left corner or the square to its right, an answer to another Mine Sweeper question may help a bit, though.

If a mine is under the first clicked tile, it is moved to the upper-left corner, if the upper left corner is occupied, the mine moves to the right of the corner tile.

That is sourced to someone who reverse engineered the game.

Not the answer you're looking for? Browse other questions tagged minesweeper .

3
Stuck on two valid squares in minesweeper How to solve?
3
Have you ever encountered a minesweeper level where just luck is involved?
136
Is it possible to hit a mine on first click?
41
I gave up on this Minesweeper board. Is there a correct move that makes this solveable with certainty?

22
Advanced Minesweeper Strategies?
29
How can I minimize my chances of losing in Minesweeper?
5
Classic Windows games on Windows 8
15
Best move when they are no more certain moves left
2
Determine if Minesweeper is still solvable
136
Is it possible to hit a mine on first click?
1
How can I perform a Chord on a touchpad in Minesweeper?
41
I gave up on this Minesweeper board. Is there a correct move that makes this solveable with certainty?
2
Where to go next if my first move reveals a number?