Do the ranged effects of districts or the Colosseum depend on the actual district location or on the city center?

Some districts (e.g. Factories, Zoos) and the Colosseum wonder have an effect that is stated to extend to cities within a range of 6 tiles.

Will this distance be calculated from the district itself or from its city center?

example: city A is 5 tiles away from city B - does A always get all ranged effects from B's districts? Or could districts on the far side of B fail to influence A?

Conversely, could a district on the near side of city C (itself 7+ tiles from A) influence A?

EDIT: As of the wnter update, it seems it no longer works the same way. From the patchnotes:

I came back home and tested it, it just so happens that I have a perfect example to answer this in my current game.

TL;DR : The bonus extends from the District itself, not the city center. 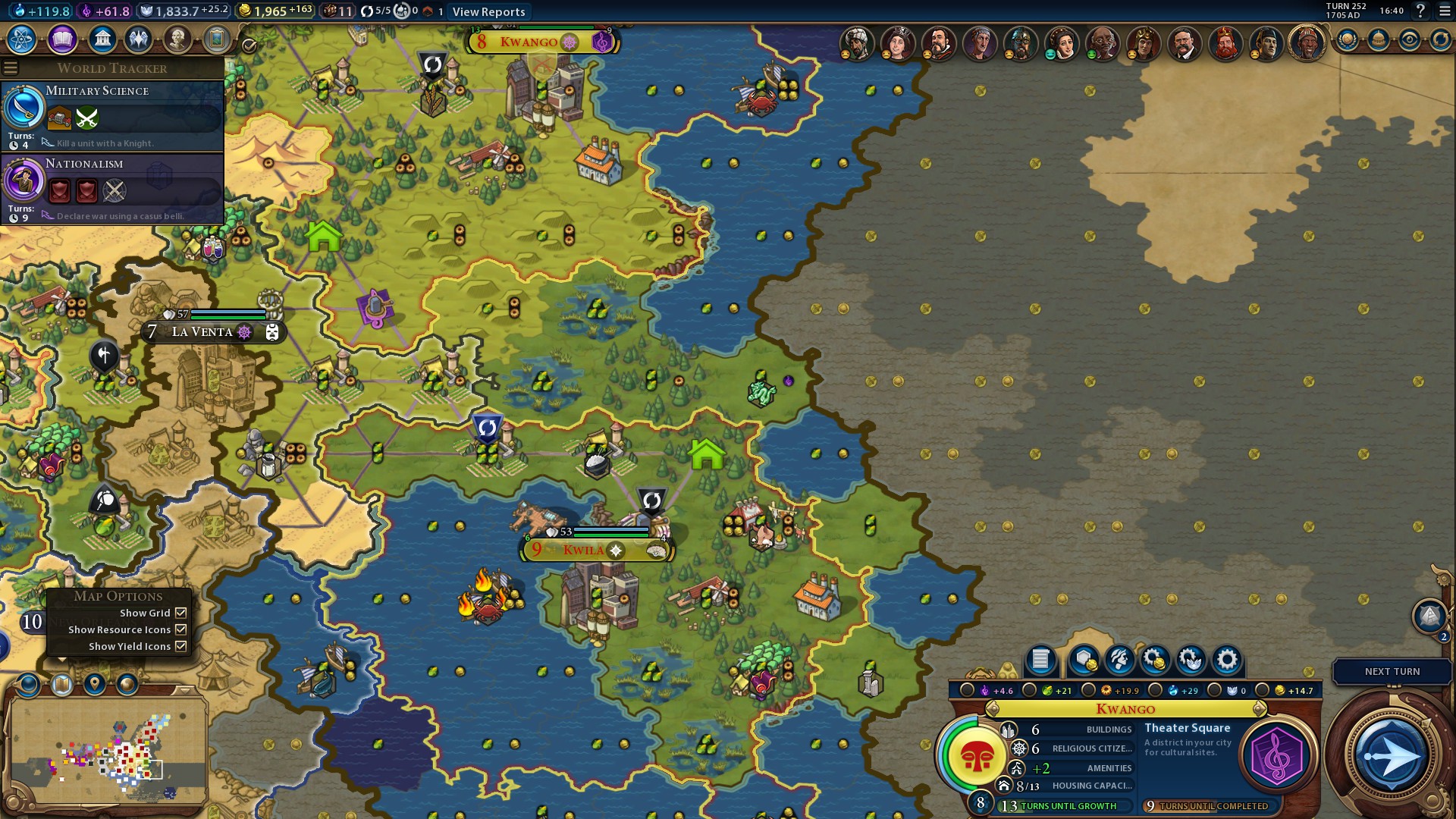 As you can see here, both Kwila and Kwango have industrial districts. By hovering over the city's production, I can see that Kwila receives a +6 from factory while Kwango only receives +3 from factory.

Both cities are 7 tiles from each other, and no other cities or districts of my own are within range of Kwila, so we must assume that Kwila is getting its +3 bonus from Kwango's industrial district, which is exactly 6 tiles away. Meanwhile, Kwango does NOT receive a +3 bonus from Kwila's factory, which is in the industrial district 7 tiles away (which is poorly placed, in hindsight), like the city center.

I will also assume this will work the same way with wonders, though I have no way to back it up right now. It also makes sense IMO, as it makes positioning of your districts and wonders a lot more important.

1
How does the range of districts work?
15
Do "Bonus extending" building (Factory, Zoo, ...) stack?
4
Which districts can be shared between multiple cities?

5
What are the adjacency bonuses for building districts next to each other - and to the city?