Why does Steward of Darkshire not buff a Silver Hand Recruit if I have Sword of Justice?

I just played paladin and had Steward of Darkshire on the field and Sword of Justice equipped. 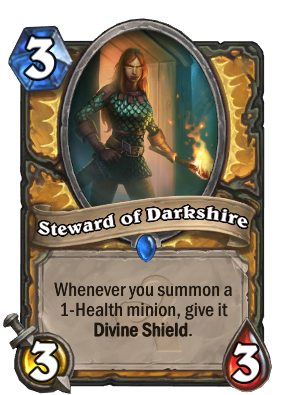 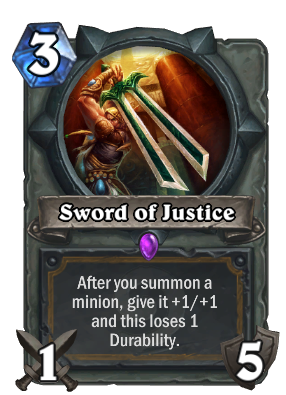 The steward was played in an earlier turn than the sword. When I summoned a Silver Hand Recruit by using my hero power it got the +1/+1 buff but not a Divine Shield. My only explanation for this is that it first got the sword buff and since this makes it a 2/2 minion it doesn't get steward's buff any more.

Nevertheless this should not happen in my opinion because the card text of steward clearly reads "Whenever you summon..." whereas the one of the sword is "After you summon...". So what I thought would happen is that the recruit first gets a devine shield followed by +1/+1.

What is the reason for the recruit not getting a devine shield? I was not able to test with other 1-cost minions since the game was over after that turn.

The Silver Hand Recruits are summoned by hero power. So this would explain that behavior. You can as well see it with a Murloc chain. A played 1 hp Murloc will gain both effects, while effect-summoned Murlocs only get the +1 hp buff without Divine Shield.

27
Hearthstone opening strategies: why waste mana?
12
Counterspell and Spellbender together: which one is triggered first?
14
What happens if Baron Rivendare and Dreadsteed die at the same time?
11
How does the Hobgoblin buff work?
19
Is a 9 or 10 cost minion hit by Freezing Trap unplayable?
4
How does blessed Champion work?
4
Is there a difference between "summon" and "resummon"?